More than half the world’s most sustainable companies are manufacturers

The world’s top 100 corporations making the most meaningful advances towards sustainability have been ranked, the majority of which are based in Europe; but how is the list collated and what can be learned from the winners and losers?

The Global 100 has been compiled every year since 2005 by Corporate Knights, a financial research and information company based in Toronto, Canada, that promotes a system in which global organisations are fully aware of the social, economic and ecological consequences of their activities – or, “The Voice for Clean Capitalism”.

This year’s top 100 most sustainable companies list was announced at the World Economic Forum annual meeting in Davos, Switzerland, and among the top 10 were three Danish firms (two in bioscience), two American, and others from across Europe, and South America and Canada.

In order to be eligible, a global firm’s sustainability score is conditional upon revenues that exceed $1bn (more than £768,000,000), and the amount of money earned from its goods and services that can be shown to have a directly positive impact on the environment or society.

Among those environmental or societal factors are the firm’s carbon emissions output and the success of its gender diversity agenda.

At Davos this year, Corporate Knights’ found that almost half the organisations listed are based in Europe, while 29 are headquartered in North America and 18 are in Asia.

Furthermore, more than half of the organisations listed (55) are manufacturers, 17 offer financial services (banking, investment and insurance), and eight are involved in power and/or utilities.

Ørsted electricity company was found to be the most sustainable company in the Global 100.

The power company based in Fredericia, Denmark, climbed from fourth position the previous year to pole position in 2020 and a staggering 69 places since 2018.

The company has completely modified its business model in the last 10 years or so, from a predominantly coal-intensive utility firm to an “almost pure-play renewable power provider”, according to Corporate Knights.

Ørsted has invested heavily in offshore wind farms which has in turn reduced the company’s carbon emissions by 83%.

It has also started around 20 sustainability programmes, including a company-wide initiative to become coal-free by 2023. It aims to ramp up its offshore wind power from 13 million customers to 50 million by 2030.

What is perhaps most impressive about Ørsted, alongside its drastically reduced carbon emissions output, is the company’s leap from 31st place in the Global 100 in 2018, to pole position in 2020 and the rigorous measures inherent in that project.

Yes, global corporations with revenues that exceed $1bn have more capital to devote to such a programme, but Ørsted’s approach should be the model other firms, including SMEs, feel they can emulate by:

Big movers in the Global 100

“The big takeaway when looking at Ørsted and the other companies doing well is how fast the pace is speeding up in terms of the growth in green, clean markets,” said Toby Heaps, co-founder and CEO of Corporate Knights speaking in Forbes.

“In this age of climate and carbon constraints and an emerging climate economy, these companies are positioned to succeed.” 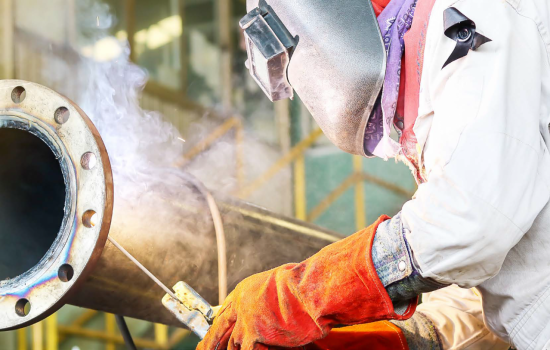