The eighth annual National Manufacturing Debate took place at Cranfield University on 24 May. Jonny Williamson summarises the discussion and outlines the key takeaways.

The day’s chair, Lord Alec Broers, opened proceedings with stirring speech on manufacturing’s importance to the UK’s economy, and its vital contribution to society more broadly. He also highlighted the seemingly never-ending skills crisis industry faces, an issue, he noted, which always seems to bigger than it need be in this country.

The twin, almost counter, points of the UK’s manufacturing strength juxtaposed with one of the sectors biggest challenges wouldn’t have come as news to any of the rooms audience, but may have to the broader media, should they have been present.

A delegate went so far as to suggest inviting organisations such as the BBC or The Financial Times to next year’s event to help spread the message to a much wider audience.

One could only feel slightly sorry for the day’s first keynote speaker, Professor John Loughhead, chief scientific advisor at the Department for Business, Energy and Industrial Strategy (BEIS). With all areas of government gagged by purdah, a result of the snap general election looming large on the horizon, it was perhaps unsurprising that an MP representative was unavailable.

Though Loughhead spoke passionately, particularly around innovation and collaboration, his discussion arguably offered nothing new to already well picked over topics such as the Industrial Strategy Green Paper – something which needs to be led by industry leaders, rather than government, he reiterated.

Allan Cook CBE, chairman of global design and engineering consultancy, Atkins, spoke at length about how the lack of skills is affecting almost every business, yet not enough is being done to combat it. The country isn’t training nearly enough engineers to meet growing demand, meaning the situation is rapidly moving from bad to worse.

The government has set out some ambitious requirements from manufacturing and engineering companies, yet they won’t – can’t – be achieved without the people in place to deliver them, he stressed.

Cook explained that a lack of skills is a universal challenge, yet the UK appears to be doing far less than its historic global peers, such as the likes of Germany, Japan and the US. The urgency for action is being compounded by the rise of advanced manufacturing in developing nations, adding an additional layer of pressure to an already competitive landscape.

Could greater workforce diversity hold the key? According to Cook, fewer than 10% of UK engineers are female, and approximately 6% are from an ethnic minority (and we don’t even measure LGBT representation).

“We need to motivate, inspire, recruit and maintain a more diverse workforce. We must show skills and careers in manufacturing or engineering are open to everybody,” he said.

Almost all speakers stressed the absolute importance of engaging with young people, the next generation of designers, engineers and makers, at any and every available situation. Fighter jets, sports cars, intelligent textiles, wearable technologies, life-saving medical devices and galaxy-exploring satellites. These are all areas the UK is considered world-leading. The fact we are still unable to engage and excite people of all ages about the world of engineering and manufacturing shames us all.

On the subject of engagement, government is doing a particularly poor job of gaining the involvement of small and medium-sized companies, according to Mike Rigby, head of manufacturing, transport & logistics at Barclays.

Of the 2,000 individual respondents to the recent Industrial Strategy Green Paper, only a small amount came from the SME community, said Rigby, contradicting Professor Loughhead’s earlier assertion that the consultation had been successful and far-reaching.

The stand-out speaker this year, as in previous years, was a manufacturer – in this case, Mary Brady, vice president and general manager at cosmetic giant Coty’s Ashford site in Kent.

Coty’s recruitment pinch points would appear to mirror many other organisations, namely line engineers, process engineers, packaging technologists and planners – all of which are high-level and advanced roles.

The company employs several proactive, innovative methods to source talent; one of the most unique is offering gap year placements for students who don’t achieve the target grades to progress onto the next stage of their education.

“Every year, some 180,000 students in the UK don’t achieve the necessary grades and UCAS points their university place requires. About six years ago, we started offering some of these young people a placement at Ashford. They have helped us to embrace new technologies such as 3D printing and advanced robotics, and used the experience to gain an unconditional university offer. They’ve gone on to achieve first class degrees, and our business has evolved. It’s truly win-win,” Brady explained.

The day’s other star speaker was Ken Olisa CBE, chairman of boutique technology merchant bank, Restoration Partners. In a candid and informative discussion, Olisa said that it was far too easy to be negative about the current uncertainty manufacturing, and business in general, faces. There are, he pointed out, several reasons to be more positive, any period of disruption offers an equal opportunity to disrupt and innovate.

Chaired by ex-editor of The Manufacturer, Will Stirling, the debate itself was slightly stymied by trying to define exactly what leadership is – a nebulous concept at the best of times, how best to apply it, and what constitutes an attractive salary package.

The CBI’s director for people & skills, Neil Carberry, moved the conversation on from focusing on young people yet to start their working lives to current workers. “Most of the people working in your business in 2035 are already part of your workforce today, so, if you’re not considering or already conducting activities around upskilling, then you’ve missed the point!”, he said.

Adding, “Until a business views skills as a central driver of productivity, driven by senior management and executives, not by HR teams, then you cannot address your talent gaps or recruitment challenges.

An interesting idea was that of ‘skill chains’. There’s a huge emphasis on supply chain collaboration and sharing best practice around process efficiencies and operations, particularly from Tier 1 or Primes down. Could a similar approach to recruitment, training and engagement help alleviate current constraints?

Dr Steven Barr, managing director of Hennik Edge and head of The Manufacturer Collaboratory, offered this conclusion: “It was refreshing to hear so many excellent speakers talking about cooperation and networking as a solution to the skills (or rather talent) gap. At The Manufacturer Collaboratory, we are doing our bit by helping manufacturers to engage with growing confidence peer-to-peer, other businesses, end-users and with expert solution providers. We need to broadcast these real success stories.” 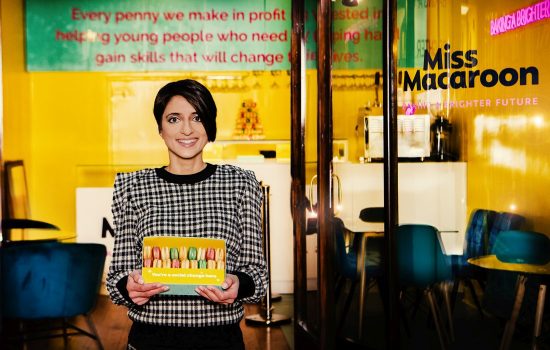