Posted on 9 May 2016 by The Manufacturer

Nominations for The Manufacturer Top 100 2016 will close on May 31. If you know someone who is achieving great feats in industry, nominate them in 200 words or less.

The Manufacturer Top 100 project, now in its third year, is an annual published list of 100 inspiring figures in manufacturing.

It aims to raise the profile of industry, dispel the myths surrounding it, create a platform to publicly identify dynamic individuals in the sector, and show to the world that manufacturing is a vibrant, exciting, creative and well-paid industry to be involved in.

Shortlisted candidates hail from all over the country, from a range of sectors and occupy varying roles in manufacturing.

TM is once again scouring the length and breadth of the UK to find 100 of the greatest people working in manufacturing today; 100 unique stories of struggle, grit, determination and success against all the odds; personal tales of individuals helping to change popular perceptions of careers in manufacturing; and tales that act as shining examples to draw young people into the sector.

This year’s expert panel of judges come from academia, industry and the wider manufacturing community. They include:

TM unveiled its 2015 report at a plush event at Birmingham Museum and Art Gallery, where the best and brightest from the manufacturing community came together to sample British sourced sparkling wine and canapés, and raised a glass to their achievements in the industry. 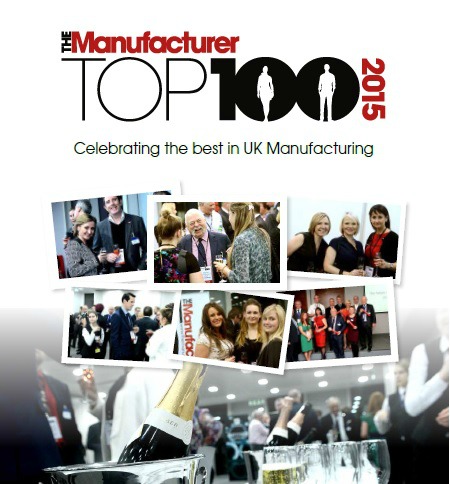 Sidebottom-Every, Glossop Cartons sales director said about being named as an exemplar, “I’m really flattered, I blush slightly because I am only the figurehead of a damned good team. I hope that my whole team can share in that success and feel they’ve played a part in it.”

Watkinson-Yull called it an ‘honour’ and continued, “I hope that I can still do a lot more in manufacturing in the UK and continue to invest in it.”

In 2014, shortlisted candidates and the wider manufacturing community joined TV presenter and engineer Kate Bellingham at an exclusive event at KPMG’s Birmingham office to celebrate the report launch.