Thanks to close collaboration with a British process manufacturer, Microsoft Dynamics AX 2012 is better than ever, finds Malcolm Wheatley.

For one manufacturer, the latest version of Microsoft’s flagship ERP system – Microsoft Dynamics AX 2012, which was launched this summer – will hold few surprises.

And that’s because, working closely with experts from implementation specialists Columbus IT, the manufacturer in question – Derby-headquartered catering butcher Fairfax Meadow – has been involved with critical aspects of the development of the new version, making visits to the software giant in order to test code, and advise developers.

Crammed with new features and enhancements, Microsoft Dynamics AX 2012 pushes the envelope in a number of ways. It offers mixed-mode manufacture, for example, for companies wanting to run process and discrete manufacturing models in a single solution. What’s more, there are significant enhancements to its ‘lean’ capabilities, as well as a richer operations resource model, with an improved ability to schedule those resources.

But for process manufacturers such as Fairfax Meadow, the development that is of particular interest is the fact that it contains a fully-integrated – and significantly enhanced – process manufacturing capability.

Originally, this had been offered as an add-on from a third party software vendor and Microsoft partner, Fullscope. Now, with the process manufacturing capability acquired by Microsoft and extended, it is part of the standard solution.

And as such, there’s significant interest among manufacturers in how those enhancements and extensions operate.

But first, Microsoft had to be sure that these new parts of the system fully met the real-world needs of actual manufacturers.

Accordingly, it sought out manufacturers facing especial challenges, inviting them to participate in its prestigious Technology Adoption Programme (TAP), offering them early access to features of Dynamics AX 2012 for testing and evaluation purposes.

And so, through specialist implementation and support partners Columbus IT, one such invitation arrived at Fairfax Meadow, explains the company’s IT manager, Tony Carlisle. It was an invitation, he adds, that the company was quick to accept.

Back in 2007, he relates, “we had made a huge jump going from our previous system to Microsoft Dynamics AX 4. And the move to Microsoft Dynamics AX 2012 could deliver another powerful step change to our performance – so we were delighted to be asked to help make the product as good as it is.” What’s more, it was also an invitation built on a bedrock of solid relationships and mutual respect, explains Carlisle.

“Microsoft don’t invite a lot of customers into their TAP scheme,” he observes. “But we have a very good relationship with Columbus IT, and they in turn have a very good relationship with Microsoft, and the proposition made a lot of sense to all concerned. And potentially, it would see our own specific operational needs reflected in the standard package – helping us as a business to stay at the cutting edge, but doing so at lower cost, and without customised code.” For Fairfax, it turns out, does indeed face some distinctive manufacturing challenges. And by working with Microsoft to improve and test the way that those challenges are handled by Dynamics AX 2012, the business has helped to ensure that proven process industry best practice is ‘baked in’ to the standard Microsoft Dynamics AX offering – thereby benefiting itself, as well as other users.

So what, exactly, is so distinctive about Fairfax Meadow’s manufacturing challenges? The issue, explains Carlisle, is twofold.

First, as Britain’s largest national catering butcher, delivering to hotels, pubs and restaurants around the country, Fairfax’s IT systems must be able to cope with a concept known as ‘reverse bills of material’.

Simply put, explains Carlisle, unlike a conventional bill of material, which is a list of parts and components that go to build up a finished product, Fairfax’s production lines start with joints of meat which are subsequently disassembled into individual products – steaks, for example, as well as secondary products such as mince and diced beef.

Second, the business sells to its customers in two separate units of measure, simultaneously. So the company’s IT systems need to be able to capture and work Fairfax Meadow with these two distinct units of measure, at every critical point in the manufacturing process.

“Basically, a customer might order a number of steaks, or pieces of topside, or turkeys for the carvery, and we would supply the number required, but charge the customer by weight,” explains Carlisle. “So we need to be able to track the weight of the products we produce, as well as the quantities of them.” Accordingly, early in 2011, Carlisle, together with colleague Darren Gardiner and a team from Columbus IT, travelled to Microsoft’s Copenhagen Development Centre, located in the scenic suburb of Vedbæk.

With 600 employees drawn from over 40 countries, the centre is Microsoft’s largest development facility in Europe, and is the company’s Centre of Excellence for Supply Chain Management, driving the development of key aspects of Microsoft Dynamics ERP products.

The objective: push real operational Fairfax Meadow data through a test installation of Microsoft Dynamics AX 2012, to see how the new code performed.

“There were definitely things that didn’t quite work as we thought they should, and the developers soon realised that what we were talking about were mainstream requirements, applicable to any business similar to ours,” explains Carlisle. “The opportunity to talk to the actual developers was invaluable, and gave us an enormous insight into how to best leverage Microsoft Dynamics AX 2012 for competitive advantage.” A second visit to Vedbæk, a few weeks alter, confirmed that the changes had been made, with the test installation processing the Fairfax Meadow data faultlessly.

While no firm date has been set for implementing Microsoft Dynamics AX 2012 at Fairfax Meadow, says Carlisle, planning is already underway regarding its deployment.

For as well as seeing a number of its specific requirements now incorporated into the standard Dynamics product, thus reducing the company’s cost of ownership, Fairfax is excited about Microsoft Dynamics AX 2012’s enhanced options for data capture – a deliberate decision by Microsoft, driven by the intention to make operations as lean-compliant as possible.

“One of the really big things is the introduction of touchscreen devices, which we’re now hoping to install in our factories,” enthuses Carlisle. “It’s going to greatly increase real-time visibility into our operations.” Overall, he sums up, “Microsoft Dynamics AX 2012 is really going to deliver us a much stronger platform than we have today. We really can’t wait!”

Get the Inside Track on AX 2012 Join The Manufacturer and Columbus IT this October as they discuss AX 2012’s new features and their effects on productivity.

The online, 40-minute webinar starts at 12 noon on Wednesday 19 October. Email [email protected] for more details and to reserve places. 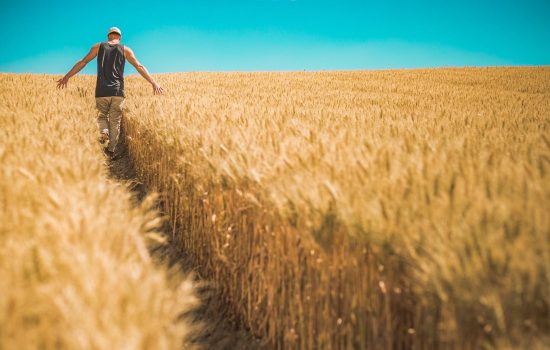