Posted on 9 Jun 2015 by Jonny Williamson

Small and medium-sized manufacturers (SMEs) in England are still striving to find the answer to the ‘productivity puzzle’ according to research out today. 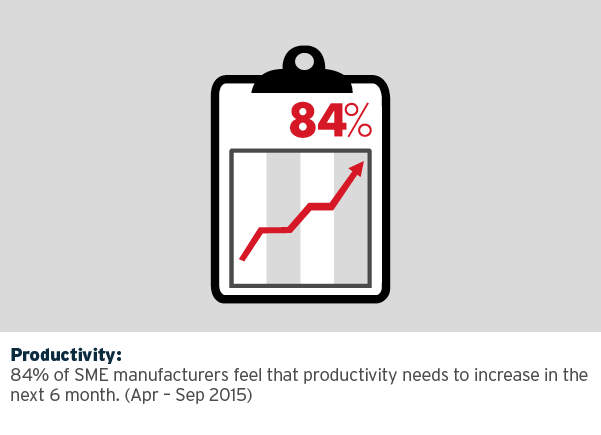 More than four-fifths (84%) of respondents to the latest Manufacturing Barometer – produced for the Business Growth Service – have indicated that they need to improve productivity in the next six months if they are to achieve their growth plans.

This is slightly up on six months ago (80%) and highlights the need for more firms to take action to boost efficiencies, reduce waste and maximise the potential of their workforce and machinery.

In more positive news, over half (55%) of the companies questioned reported a rise in sales during the past six months, with 70% indicating plans for expansion. The number of SME manufacturers looking to recruit increased to 55% (+5% on previous quarter).

Interestingly, nearly all firms (95%) expect to maintain or increase investment on machinery, premises and new technology, highlighting a commitment to continuous improvement. 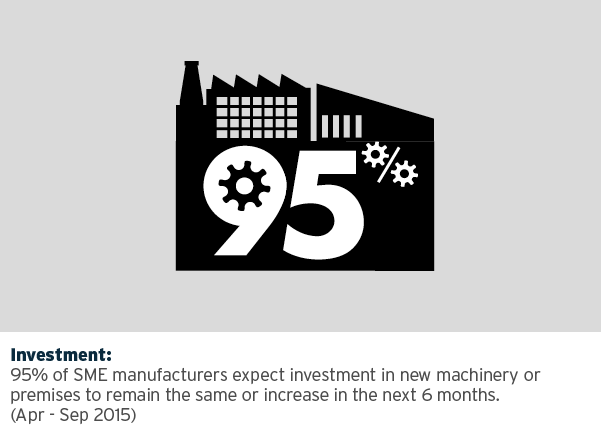 Steven Barr, head of Manufacturing at the Business Growth Service, commented: “There has been significant talk about productivity and this latest report proves that it is still an issue for English manufacturers.

“When we asked the same question two quarters ago, 80% felt their productivity needed to improve, yet just over half of those actually achieved their goal.

“This proves that there is plenty of room for improvement, but also shows a desire from our companies to not stand still… an important characteristic if industry in this country is going to build on the current period of growth.”

Barr added: “Similar to the last Barometer, it is pleasing to see the appetite to take staff on continues to be strong, despite a small decline in the number of firms reporting increases in sales.”

The Barometer is the largest survey of its kind, reflecting the views of more than 500 SME manufacturers across England, employing approximately 14,000 people. 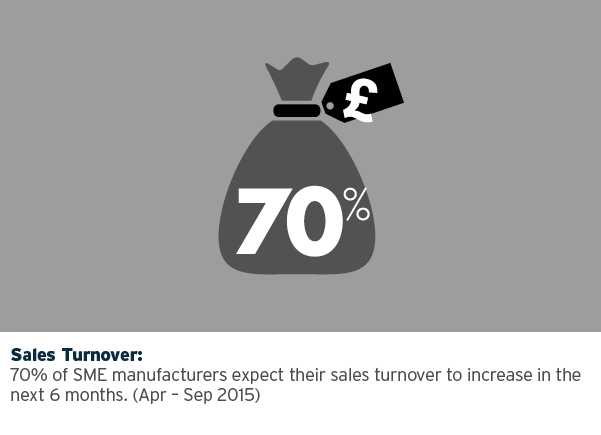 It highlighted the performance and expectations of two of the largest manufacturing sectors in England.

The automotive industry dominated construction when it came to positivity, with the former reporting 62% of firms increasing sales against just 54% for those involved in building project supply chains.

Boosted by billions of pounds of investment and the resurgence of Jaguar Land Rover, suppliers into the car sector also outstripped the general Barometer results for taking on staff (58% v 55%) and increasing investment in new machinery and premises (62% v 53%).

Barr continued: “Uncertainty has been the biggest feature of the past four months and this is reflected in the mixed bag of economic data that has been published recently.

“Our Manufacturing Barometer – while still fairly positive – reports dips in achieved sales, yet highlights the possibility of more recruitment than any other time during the past twelve months.

“Firms have once again raised the issue of productivity and, through our manufacturing experts at the Business Growth Service, we will aim to engage with even more companies to help them to grow vigorously with targeted support for strategy, process improvements, innovation and winning new work in advanced manufacturing supply chains. 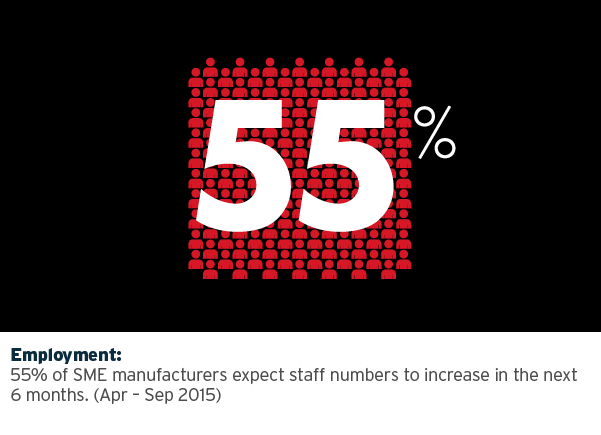 “Our focus on two manufacturing sectors (automotive and construction) has highlighted key factors affecting confidence in growth, which will support deeper discussions with manufacturers in these sectors and across the industry.”