Sweden’s Henning Rodhe has received the Volvo Environment Prize 2015 for his contributions to the understanding of the world’s atmosphere.

The Professor of Chemical Meteorology at Stockholm University received the prestigious award for his pioneering work, which explains how gases and particles are transported and deposited, and how they affect climate, ecosystems and human health.

The jury of the Volvo Environment Prize, which awarded the honour to Professor Rodhe, said he had made outstanding contributions to the field of environmental science over the past 50 years.

“Henning Rodhe has made ground-breaking contributions to the understanding of the world’s atmosphere, its constituents, and why this knowledge matters for our well-being,” the jury said.

The Volvo Environment Prize was founded in 1988 and is awarded annually to people who have made outstanding scientific discoveries within the area of the environment and sustainable development.

The early work of Henning Rodhe

Rodhe started his scientific work in the early 1970’s, with his research having been described as detective work in that it combines data collection with scientific theories and fieldwork.

The formation of atmospheric brown clouds (made of particles and other air pollutants) which are a major threat to human health is one of the research topics in which the Professor has been involved with in recent years.

It is common knowledge now in 21st century science how these atmospheric brown clouds are formed.

But when Rodhe first started his scientific work in the early 1970s, there was little knowledge on how particles and gases were formed and transported in the atmosphere.

So little knowledge in fact,  that when he and research colleagues suggested that acidification in lakes and forest soils in Norway and Sweden was caused in part by emission from coal-fired power plants in the UK, they were met with disbelief and were dismissed.

But as a result of Rodhe and his colleagues’ research, other scientists confirmed their results, which resulted in policy and regulations being changed and emissions cut.

Rodhe has worked in Europe, Asia and Africa and has become a mentor for many young researchers in the developing world.

He has also been a lead author in reports from the IPCC (Intergovernmental Panel on Climate Change).

The esteemed Professor has written a number of articles in which he highlights the predictions he has for the environmental future, and in which he also outlines what needs to be done to minimise the damage to both the present and future environment.

In a 2012 article, The Particle-Emissions Dilemma, written for the website The Project Syndicate, Rodhe outlined the effect both white and black particle emissions have on the environment.

The overall dilemma posed in the article is that limiting black particle emissions which contain black soot and absorb sunlight would be beneficial for health reasons. However, limiting white particles, which reflect sunlight but which also contribute to soil acidification and are detrimental to human health, could increase the rate of global warming.

One possible solution proposed by Rodhe was that higher sulphur emissions, containing white particles, could be allowed in sparsely populated areas where the soil is not vulnerable to acidification.

Overall, Rodhe came to the conclusion however, that particle emissions should be reduced in their entirity to reduce health risks, which may result in an increase in the greenhouse effect. This would in turn hopefully further strengthen the resolve to reduce emissions of CO2 and other greenhouse gases. 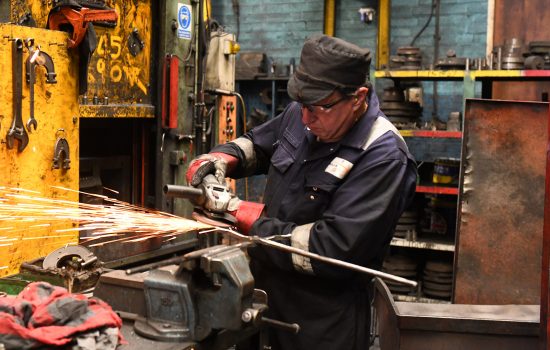