Proven ways to get a quick ROI from digital transformation

Posted on 2 Apr 2019 by Jonny Williamson

It’s been proven that the most successful companies do more with less, successfully increasing productivity under pressure.

So, you’ve successfully embarked on a digital transformation journey. Your activities are aligned in support of your existing business strategy and they sensibly focus – at least initially – on driving internal productivity growth. But where do you go next?

If you’re wrestling with that exact question, then you’re not alone. Most organisations today have embraced digital and are trialling new technologies in a range of use cases. But as productivity pressures ramp up and the choice of technology available continues to multiply, far fewer have entered the potentially more lucrative second phase.

For businesses that have already connected and digitalised their processes to increase output, the logical next step is to leverage that data from multiple sources in a way that connects to end-customers. This drives entirely new service-driven business models (servitization), which can help boost competitiveness and help you enter or disrupt new markets.

The key to understanding how to move forward is to know where you’re heading.

That may sound simplistic, but you’d be surprised how many businesses have set off without considering what the final destination looks like, says Deborah Sherry, senior vice president & chief commercial officer for GE Digital Europe.

“Opportunities to experiment are greater than ever, and while it’s exciting to have so many options, it also makes selection very daunting – which solution to choose, what technology partner best aligns with your business goals and culture, what can you afford, and what will bring you the best return.”

Predictive maintenance and APM may be relatively new to the manufacturing space, but oil & gas companies have been reaping the rewards for close to a decade. With manufacturers now facing significant pressure on multiple fronts, it’s no surprise that maximising uptime is high on their list of priorities.

A recent study GE sponsored with leading analyst firm PAC found that more than 90% of companies in the UK & Ireland describe their existing maintenance processes as not very efficient. Major challenges being faced include unplanned downtime and sudden failures, as well as aging infrastructure which acts as a break for innovation.

So, it’s no surprise, that the main goals for 93% of those companies who have decided to invest in predictive maintenance initiatives over the next two years will be in these key areas.

“The good news is that this level of inefficiency means there is plenty of room for improvement,” says Deborah. “Indeed, the study findings reflect our own research and results from our customers: investment in predictive maintenance initiatives creates tangible returns.”

GE’s predictive maintenance and APM customers have reported metrics including:

“Gerdau is the largest producer of long steel in the Americas and when an asset fails, it costs the business an average of $12,000 an hour in downtime,” Deborah explains. “To avoid such downtime, our APM Managed Services solutions are helping Gerdau to maintain their critical machines using model-based predictive maintenance technology.

“This technology shows the rate that an asset degrades, and utilises data to predict future periods of downtime, enabling maintenance to be conducted pre-emptively. In just six months of a one-year pilot, we helped Gerdau’s team catch two major instances that prevented 130 hours of downtime and avoided costs of more than $1.5m.”

Gerdau’s initial investment of $1.5m has yielded annual savings of $4.5m, with a complete ROI in only eight months.

The fact that 83% of European companies have already invested in predictive maintenance or are planning to do so in the next two years, should serve as a wake-up call for the 17% of businesses who’ve so far demonstrated little appetite for the benefits it can bring.

While the good news is that companies in the UK & Ireland lead their European counterparts with 61% of companies surveyed having already invested in predictive maintenance initiatives, ahead of Germany at 58%, it is clear that to achieve their goals they will benefit from working closely with third party providers.

More than 80% of respondents see the greatest benefit from external help in the area of machine data analytics and implementation of infrastructure to connect production sites and assets.

Moving up the value chain

Another relatively new trend to manufacturing is the creation of additional customer value through servitization.

Take Schindler, for example, the family-owned Swiss elevator and escalator manufacturer which moves more than a billion people every day.

Traditionally, especially in large buildings, companies like Schindler employ dedicated teams of on-site elevator engineers. It’s an expensive part of the service they offer, but no one wants to get stuck on the 51st floor on a Friday!

In 2016, GE partnered with Schindler to help deliver their digital transformation. The goal: to connect a million elevators and escalators to the internet in order to increase quality of service, reduce downtime, and disrupt the industry.

Through digitalisation, Schindler has optimised their service offering by having fewer engineers looking after a greater number of machines – they can do more with less.

Not only are their machines now less likely to fail unexpectedly, the positive impacts are being felt by customers – the facilities managers who now have access to real-time data regarding performance across multiple sites, the passengers and, of course, the digitally-enabled field service engineers who look after these assets.

Today, Schindler doesn’t sell elevators and escalators, it guarantees availability. Furthermore, the data it collects in aggregate could be used in other non-traditional service areas, for example allowing building owners to optimise shopping centre footfall or for safety purposes to identify areas where people congregate.

These additional services may provide Schindler with new revenue streams and ways of doing business in the future.

Another great example, says Deborah, is SW (Schwäbische Werkzeugmaschinen) – a German supplier to the automotive industry, providing horizontal machining centres to customers in 70 countries around the world.

“Known as innovators in their field, SW has been shipping their machines with software embedded for more than a decade. Initially, it was used purely for in-house diagnostics, for quality control before their units shipped to customers. This alone provided significant productivity gains and helped them avoid re-work.”

The solution that SW is now deploying allows its customers to optimise their maintenance schedules, anticipating potential downtime before it happens, which helps their customers to become more competitive – and makes SW’s machines more attractive to use.

“Even more exciting,” adds Deborah, “is that SW’s business model now works like software service works on a Tesla car. While each machine is fundamentally the same, customers are given the choice to purchase different digital services they want to use. These services boost performance, which is typically not available without a digital service contract.”

The Productivity Multiplier: How leading Mittelstand company SW is using the Predix Platform to disrupt the automotive supply chain 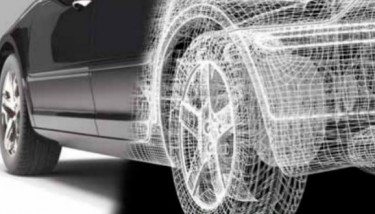 As one of the leading manufacturers of horizontal machining centres for automotive suppliers, German manufacturing systems supplier SW has a huge responsibility for consistent quality and productivity.

The solution that SW is now deploying allows its customers to optimise their maintenance schedules, mainly to anticipate potential downtime before it happens and to minimise the customers total cost of ownership.

This is helping their customers to become more competitive – and makes SW’s machines more attractive to use.

Click here to find out how they did it