Providing a flexible energy solution to the UK dairy industry

When an international dairy manufacturer was looking to reduce operational costs, curb carbon emissions and secure energy supply for one of its UK production facilities, installing a Combined Heat and Power (CHP) system seemed to be the logical energy solution.

However, with the future of some site project lines subject to review, an energy solution that was flexible to change was required. As such, Aggreko’s specialist services were called upon to provide an innovative Hired Energy as a Service (HEaaS) model to meet the company’s needs.

According to statistics from Kantar, cow’s milk remains a staple food product – still purchased by a staggering 98% of British households as of January 2021. Cheese and butter consumption grew by 48% and 69% respectively during lockdown – a clear indication that the nation’s appetite for dairy products remains as voracious as ever.

However, the process of converting unpasteurised milk into supermarket-ready products can be energy-intensive and involves some highly technical procedures. As dairy consumption continues to rise, a lack of energy provision is becoming a concern for some manufacturers.

With commitments to achieving net zero carbon emissions by 2050, many operators are looking to re-double their efforts to go green by optimising energy usage in their production facilities.

Energy in manufacturing: A flexible future?

When a leading dairy manufacturer wanted to increase the operational efficiency of their UK production plant, a Combined Heat and Power system was proposed as an energy solution.

Keith Stocker, Sector Development Manager at Aggreko Northern Europe, explained: “When looking to achieve an immediate increase in on-site energy efficiency, a CHP system is one of the most effective ways to do so. This technology functions by harnessing the residual heat produced during electricity generation, providing both heat and power for the site through a singular system.”

A fully integrated CHP system could prove a significant development in the manufacturer’s aim of sustainable practice. On average, CHP systems can achieve around 75% efficiency. This is a stark improvement over the national average of 50% when heat and power are provided separately and could be key to meeting burgeoning demand for dairy products.

All signs pointed towards installing a CHP system, though there remained one major caveat. The manufacturer’s parent company was divided on the future of some of the site’s product lines, meaning major capital expenditure had been temporarily frozen – rendering the outright purchase of a CHP system impossible. 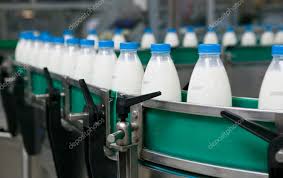 As one of the company’s primary production facilities in the UK, the site’s needs were significant, with consistent demands of 5MWe of power and 10MWt of steam at 10 bar.

With the facility required to be in 24-hour operation, prospective solutions would also have to be robust enough to function continually. Given the financial circumstances and energy demand of the site, a HEaaS model could prove a suitable solution.

A lack of space was also an issue. Limited room between the site’s gas supply and the area stipulated for any potential solution meant the eventual recommended system would have to be compact. Further exacerbating these already limiting factors, connection points to the HV switch room were few and far between, meaning that establishing a link to the CHP system could prove a difficulty.

Hired energy as a service – The solution

With the installation of a CHP system developing into more of a challenge than first thought, Aggreko were called upon to identify a solution that could be both comprehensive and flexible.

Keith continued: “It was quickly established that a two-year rental in an HEaaS model would be the best way forward, allowing a CHP system to be installed and meet energy needs despite the freeze on capex.

“A short-term lease also afforded the operators the choice of whether to renew the contract or not in line with the final decision on the future of the project lines. This kind of flexibility provides an unrivalled sense of security when looking to deal with both short and long-term challenges.”

Aggreko delivered two J420C gas fired generators, two 415/11kV transformers and an exhaust gas steam boiler to provide 2.8MWe and around 20% of the site’s steam requirement. Two HV switches were also installed, allowing the CHP system to connect to the mains power supply and operate under G99 and G100 regulations.

As flexibility was a key consideration, all of the equipment would be housed within standard 20-foot containers, allowing it to be easily transported and then installed or uninstalled at short notice.

This also allowed the equipment to be installed in the ideal location, despite the limited space afforded. Vitally, by adopting a modular approach, scope was also provided for an expansion of the CHP system should the project lines be renewed.

Keith concluded: “By opting for a HEaaS installation in the interim, we were able to meet energy demands and achieve an instant reduction in carbon emissions though some of the site was under review.

Crucially, by employing hired, modular solutions, we’ve also ensured that there is capacity for the system to be easily expanded, adapted or uninstalled in line with the project’s future requirements.” 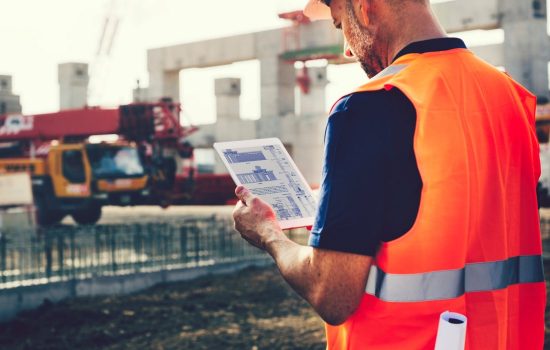