The device – called EDGE-FCLi – has been installed on the University of Warwick campus in a trial believed to be the first of its kind in the UK.

The power electronic fault current limiter solution could play a vital part in the future of the electricity network as more and more people put energy back into the grid, through the use of low carbon technologies such as solar power, wind generation and electric vehicle-to-grid (V2G) technology.

In the event of a fault on the electricity network, the EDGE-FCLi can break the current in less than 200 micro seconds. That’s 1,000 times quicker than conventional, mechanical methods.

By stopping the current flowing quickly when a fault occurs, the device will reduce the risk of large electrical currents which can be dangerous, cause damage to equipment and result in power outages. This means that power cuts can be fixed more quickly and that ultimately costs are saved through less repair costs, potentially lowering customer bills. 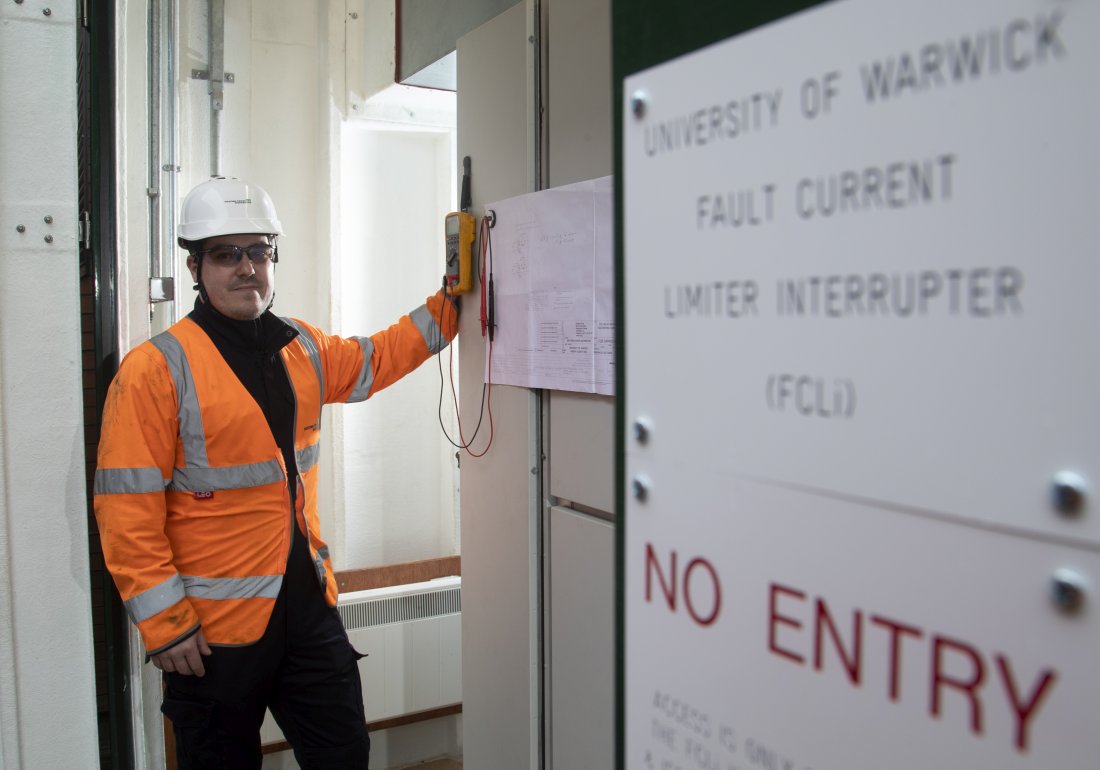 The EDGE-FCLi device is installed on the University of Warwick campus. Credit: Rod Kirkpatrick/F Stop Press

Dan Hardman, Innovation a Networks Engineer who is looking after the project for WPD, said: “This is not the first fault limiter but it is one of the first power electronic fault limiters in the UK.

“More customers are now generating their own energy from renewable sources such as solar panels. We are getting more and more distributed generation connected to the grid. If you keep increasing the amount of generation, the current that flows under fault conditions can exceed the rating of the grid, causing damage to equipment and ultimately affecting power supplies.

“If there is a fault, this device can detect the fault using clever electronics and opens itself to break the circuit. It acts very quickly to disconnect the fault current. We are testing these functionalities of the device now in our trial to see if they are successful or not.”

The project has been funded by Ofgem’s National Innovation Allowance and developed in partnership with GridON. The University of Warwick was chosen for the trial due to the amount of current it generates through its Combined Heat and Power generator.

The trial will last for at least a year and, if proven successful the technology could potentially be used at other locations across the network.