Race to save Ferguson Marine

The race is on to save Ferguson Marine, the last commercial shipbuilder on the Clyde, after owners Clyde Blowers said a dispute with the Scottish government means they will have to close the business down. Nick Peters reports.

I visited Ferguson Marine in February this year to interview Jim McColl, the businessman whose Clyde Blowers Capital private equity firm bought Ferguson Marine out of administration in 2014.

There was always a hint of romance in his doing so. McColl had been an engineering apprentice in the Clydeside yards in the 1960s, so he might have been forgiven if nostalgia coloured the deal, but he insisted to me that he did it for sound commercial reasons rather than sentiment.

It is true that there is good business to be done building ships in Scotland. The ferry fleet serving the Isles is old and in a poor state of repair, and the risk to the tourism industry posed by unreliable ferry services is real.

Plus, the current fleet is a patchwork of ships, large and small, made by different companies, with few if any common technical standards.

Ferguson was therefore in a prime position to offer itself as the prime partner for Caledonian Maritime Assets Ltd (CMAL), the Scottish government-owned company that owns the country’s 36 ferries and harbours. (CMAL leases the ships to CalMac Ferries Ltd., which operates them.)

After all, it would be a massive advantage for all the ferries eventually to operate on a modular platform – eventually powered by hydrogen created from renewable resources, and the long-term maintenance contracts would serve Ferguson well.

CMAL ordered two new dual-fuel ferries (diesel and LNG) on a fixed-price contract worth £97m, and the future looked good.

It all started to go wrong, however, when according to Ferguson, CMAL started asking for changes to the specs, adding £61m to the price. The spec changes led to delays: the first ship MV Glen Sannox was supposed to be launched in 2018. It is unlikely to be finished until 2020.

When we spoke, Jim McColl was adamant that the problems arose from spec-creep on CMAL’s behalf, a problem made all the more acute because these ferries are first-in-class prototypes and that insufficient work had been done by CMAL on the design.

“Normally with an engineering project, you would do a design development phase to define the specification,” he told me, “and it’s become evident that that was not done in the detail that it should have been done before the specifications come out.

“And we’re seeing many changes now being introduced as we go, hundreds of changes we are being obliged to implement and, of course we’re doing it because we’ll build two exceptionally good vessels here, but it’s costing more money and so far, CMAL don’t want to interact with us to discuss this.”

Ferguson Marine say CMAL had changed the number of seats it wanted, requiring 11 structural pillars to be moved.  The company says CMAL also asked for the location for bringing aboard LNG fuel be moved from amidships to the aft section. This required cutting through bulkheads and routing cryogenic pipe through complex parts of the vessels. At one point, the bulbous bow had to be replaced.

CMAL has consistently claimed that any changes it requested were within the contract’s scope.

The stand-off has now reached a point beyond which it is hard to see anyone escaping unhurt. The ruling Scottish National Party is contemplating nationalisation, which would require it to compensate Ferguson.

The company last week announced administration, which will mean the loss of McColl’s initial £25m capital investment in the yard and the losses incurred on the ferry contract. McColl says it would cost the government far more to try to take over the project – and the company – than it would to compensate Ferguson for their losses.

(The Scottish government has also loaned Ferguson £45m for cash and capital expenditure.)

While Jim McColl feels he has right on his side, an independent review into the contract broadly supported CMAL’s case.

While that may strengthen the government’s position, the fact is they will not be immune from reputational fand financial damage if the yard does indeed collapse, so there is an incentive for both sides to keep talking, although so far Edinburgh has resisted Jim McColl’s demand that the government takes a stake in the company.

Can the UK sustain a shipbuilding industry? Should it?

One of Jim McColl’s pet causes is the absence in the UK of a National Investment Bank that could help companies like Ferguson attract shipbuilding contracts.

Currently, a company like Ferguson has to have enough cash in the bank to put down an 80% cash refund guarantee, which compensates the purchaser if anything goes wrong.

In other countries, such as Germany and Poland, such guarantees are funded by government-back investment banks. these entities skirt EU state-aid regulations because they sell bonds on the commercial markets.

McColl contends the government should develop the British business Bank into a full-blown national investment bank.

This begs the question whether building big ships is what we should be doing as a nation.

Voices were raised in protest last year, particularly by unions, over a £1bn contract won by BAE Systems to build nine frigates for the Australian Navy, with an anticipated lifetime contract value of more than £30bn.

The problem the unions have with that is the ships are being built in Australia, and accuse BAE of exporting jobs.

Supporters of the deal say the highest value-add components of the ships are what we in the UK excel at – design and high-value manufacturing and electronics in contrast with the hull and infrastructure, which generates least value. 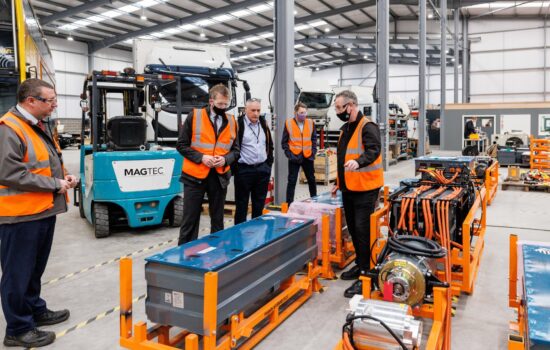