Britain’s Bravest Manufacturing Company is helping ex-service men and women find their way back to civilian life through manufacturing. Fred Tongue finds out how.

Originally a response to soldiers returning from the Great War, Royal British Legion Industries is a national charity providing treatment, training and support to service personnel. Established in 1919 and based in Kent, the organisation employs 110 people.

Britain’s Bravest Manufacturing Company is the RBLI’s commercial arm, helping injured veterans adjust to civilian life by employing them to manufacture a range of products.

Steve Sherry, chief executive at the RBLI, told The Manufacturer, “Initially, this site was a tuberculosis hospital, and because there was no cure then, people spent a long time here rehabilitating. Employment was part of that process.”

The firm has three factories within its production plant, where it manufactures palettes, signs and undertakes a range of fulfilment activities.

The largest growth section of the business is sign-manufacturing, and this area is beginning to diversify the organisation has started to diversify.

Sherry explained, “A lot of the ‘Built by Britain’s Bravest’ marque is built on growth and diversification. Signs are a simple example. We were 85% rail signs four years ago, now it’s 60% rail signs and 40% road.” 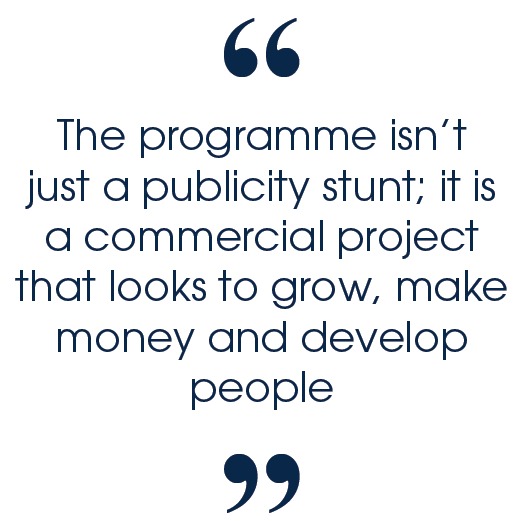 Britain’s Bravest Manufacturing Company faces all of the traditional challenges in the sector, in addition to ensuring the workforce has the support it needs. Geoff Streetley, director of commercial operations at RBLI said, “Some of our staff need to sit down due to pain in their legs, so we provide the flexibility to complete work at a bench. Once they feel ok, they can get back on their feet.

“Irrespective of this, we run like any typical SME. I have multi-skilled operatives that can move between the three factories” added Streetley.

It is clear that as well as being the reason for the firm’s existence, its employees are also its greatest asset. I walked around the factory and talked to a number of staff members, all of whom had been employed for five years or more. For them, the chance to earn a living instead of depending on handouts has given them a real sense of purpose and satisfaction.

Which means the programme isn’t a publicity stunt, it is a commercial project that looks to grow, make money and develop people.

“We have to develop, we have to get all parts of the business right. If we are participating in social enterprises but at the same time business is down the pan, it isn’t working,” he said.