Posted on 1 Aug 2011 by The Manufacturer

After receiving over 490 applications for support from British business, the Department for Business Innovation and Skills is now making allocation decisions for £950m of funding

The deadline for applications to gain a share in the second round of Regional Growth fund awards passed on July 1 and on Friday July 29 government announced that it had begun an allocation process which will finish in the autumn of this year.

The Regional Growth fund was launched in April 2011 with a budget of £1.4bn, over two years, to help leverage private sector investment in local economies. The first round of applications alone drew in 464 bids for funding contributions equating to a total of £2.78bn.

The North West was most prolific in its applications with just under 20% of all national proposals for public-private investment coming from this region. Across the UK 50 proposals were eventually identified as appropriate funding recipients and are now benefitting from varying shares in a £450m fund while £2.5bn more is expected to come from private sources.

Showing that appetite for investment, entrepreneurialism and growth is still strong across the UK, but reflecting also that financing growth initiatives remains tough , applications for the second round of regional growth funding outstripped the first.

Over 490 proposals were received by BIS before the closing date last month and again, the North West has put forward the largest number of applications, closely followed by the North East. Sixty eight per cent of bids are for between £1-5m with just 1.6% of bids being ambitious enough to ask for more than £25m. The second round of RGF allocations has a budget of £950m while total applications equate to £3.3bn.

The decisions as to where available funds will be placed is now under way and announcements are expected in the autumn. An Independent Advisory Board, chaired by Lord Heseltine will be responsible for suggesting allocations to a board of ministers who will confirm their choices. This board is to be led by Deputy Prime Minister Nick Clegg.

Speaking of the importance of shared public-private responsibility for creating growth within the UK economy Mr Clegg said: “This vital regional fund uses government investment and multiplies it to give a real boost to local businesses. Round one is already helping local economies across the country and has attracted £2.5 billion of private sector investment. This will directly create or protect over 27,000 jobs, and secure around a further 100,000 jobs on related supply chains and in local economies. We welcome the bids received for the second round, and hope we can do even more this time.”

Acknowledging the high level of demand for public assistance (far outstripping the government’s ability to supply) Lord Heseltine said: “There is clearly a hunger for public support which will allow new and exciting projects to deliver jobs and growth in their local communities to get off the ground, and I’m pleased to see so many people wanting to be a part of this. We now face the difficult task of assessing each of these bids; we have a busy summer ahead of us!” 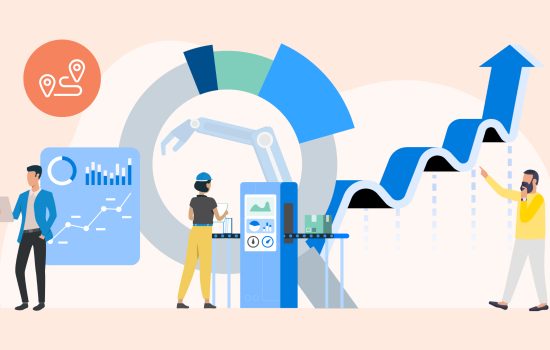 How to strategise your digital transformation at scale