It may not be a ‘flood’ at the moment, but reshoring activity was already a ‘trickle’ prior to 2020 and the global disruption caused as a result of the COVID-19 pandemic has only served to heighten interest in the concept. Lee Collinson, National Head of Manufacturing, Transport & Logistics at Barclays looks at the issues involved.

For those who haven’t encountered the term before, reshoring is the process of returning the production of goods back to a company’s original country. In doing so, the practice looks to reverse years, decades even, of manufacturing being offshored from costly locations (predominantly in the West) to cheaper economies (predominantly in the East).

1.     Reshoring can provide financial benefits, such as lower inventory costs and helping to minimise exposure to fluctuating exchange rates and unstable currencies.

3.     Reshoring can create wider economic benefits such as the creation of new jobs and helping to support local communities.

A Midlands supplier of commercial vehicle engineering and industrial hardware is already reaping the benefits of reshoring component production from China.

Bloxwich-based Albert Jagger Engineering, which has been producing metal components for more than 70 years, has reshored production of almost 250,000 fastening components and in the process has, in some cases, reduced costs by up to 50%.

Thanks to support from the Manufacturing Technology Centre (MTC), the business reconfigured the layout of its factory floor, introduced new technology including CNC machines and automation, and re-trained its staff using virtual and augmented reality (V/AR).

As a result, Albert Jagger is now able to produce fastening components which had previously been imported from China for between 20% – 50% of the cost. In addition, the business has reduced its stockholding costs by 50% and created space in the factory for future growth.

“We have done it, ultimately, to take back control, and as a result we are now able to take something from sheet metal, manufacture our product and sell to our customers without concerning ourselves with the added complexities of the supply chain.

“Equally, this gives us the ability to adapt what we offer to suit our customer’s product rather than the customer being forced to work within our constraints.”

Hilton expects the reshoring of this one product range to result in more than £2m worth of business being brought back into Britain over the coming three years.

Interestingly, Hilton says that this would have happened irrespective of whether Britain’s vote to leave the European Union had taken place. Though the result of the referendum has accelerated the business’ thinking.

The supply chain disruptions almost all manufacturers have faced as a result of COVID-19 may be a precursor for what industry can expect from 1 January 2021.

Once outside the EU’s customs union and single market, the level of tariffs levied by trading partners on British goods will be determined by their ‘economic nationality’, i.e. where contributions were made in adding value to the final product.

That’s relatively simple to determine for an agricultural product or natural resource. However, for complex manufactured products made up of dozens of different components and subassemblies, such as an automobile, it can be much harder to determine origin.

Using the automotive sector as an example, 55% of a ‘British’ manufactured vehicle must be sourced from within Britain, according to WTO rules.

The current average for Britain is around 40%, which may lead to Tier 1 manufacturers actively seeking out local suppliers rather than sourcing parts from overseas. This could represent a significant boost for component manufacturers like Albert Jagger Engineering.

So, it looks likely that the reshoring trend will continue to gain momentum; however, it’s paramount that businesses consider the implications and potential challenges that may arise during any relocation to ensure they are prepared for any operational or financial impact.

Is your business actively looking to reshore or onshore production? Does there need to be greater support to help business pursue a reshoring strategy? Should we be aiming to reshore everything, or is a more strategic approach required?

I’d love to hear your thoughts, so please connect with me on LinkedIn 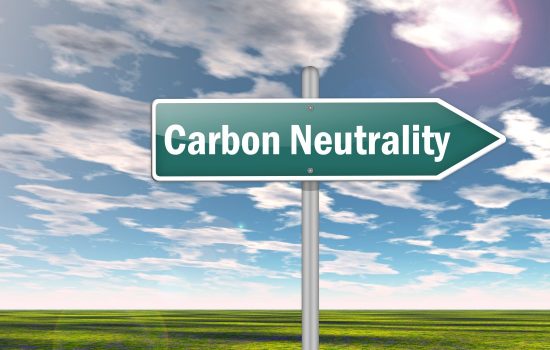