The 10th quarterly SWMAS Manufacturing Barometer included a ‘special focus’ exploring the attitudes of UK SME businesses towards robots, revealing where manufacturers are successfully using automation, where they are not, and what we can learn from them.

The headline finding is that just 16% of SME manufacturers are already using robots and, worryingly, more than 70% either do not plan to or do not know if they will utilise robots in their operations.

Of those already utilising robots in their business, the impact of efficiency and effectiveness on their operations was made clear; the highest benefits cited were better quality and repeatability, lower cost and faster operations. 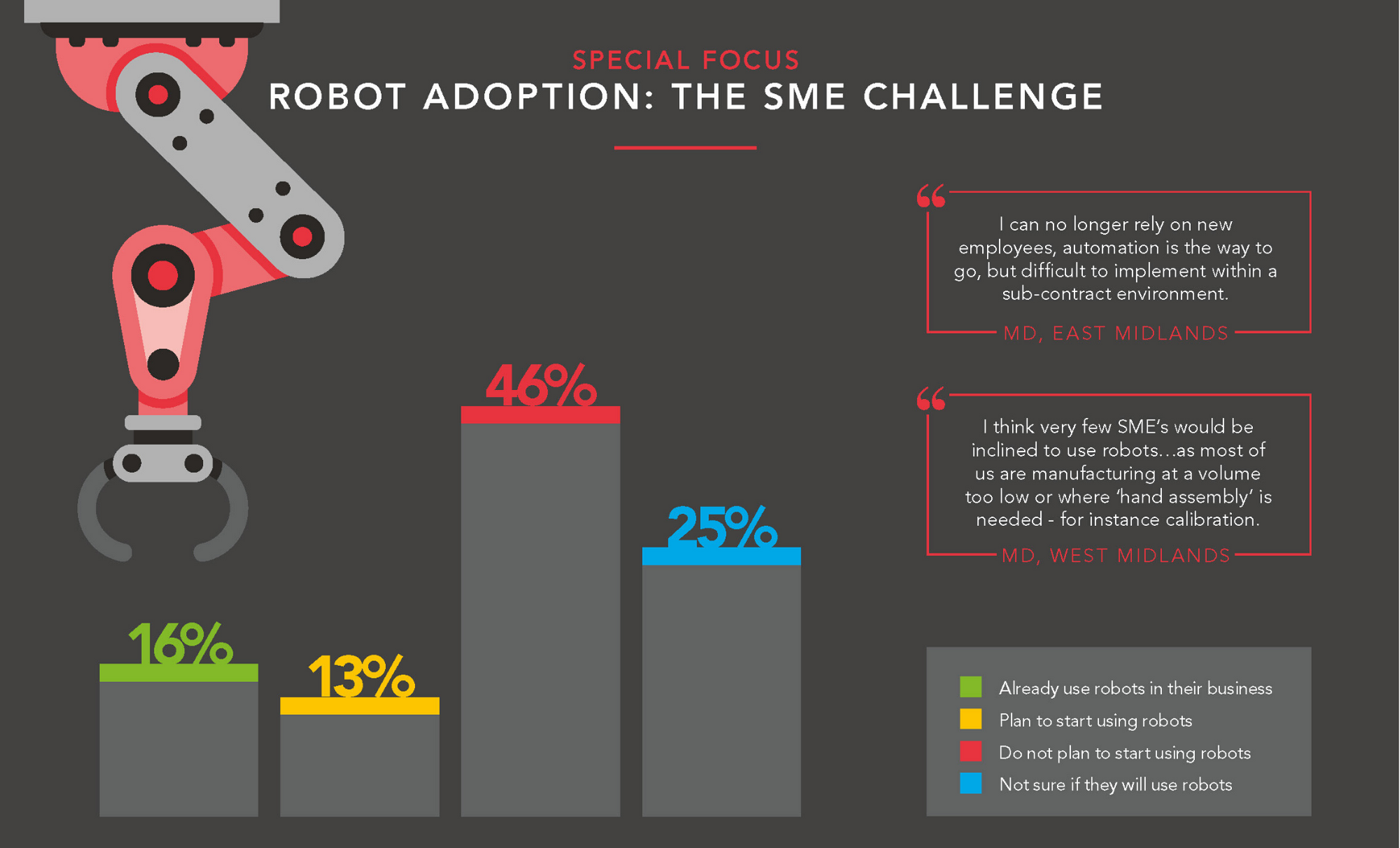 The biggest drawbacks to using robots for this group include the inflexibility coping with product variation, a shortage of programming and maintenance skills, and the high implementation costs.

How this differs to the barriers perceived by those “not sure” or “not planning” to use robots begins to highlight the challenges to greater adoption by SME manufacturers, the Barometer states.

“Both groups share the concerns about the cost of implementation but are more worried about the technology’s perceived inflexibility when it comes to coping with product variation and handling.

“Other concerns are that robots would not be applicable to the manufacture of bespoke or low volume products, and small batch sizes would make it impractical to programme or set up.”

When asked ‘Do your competitors use robots?’ more than one-third of manufactures not yet using robots in their business said they are unsure if their competitors do.

“This raises questions regarding a general lack of awareness and benchmarking across the sector,” notes the Barometer. 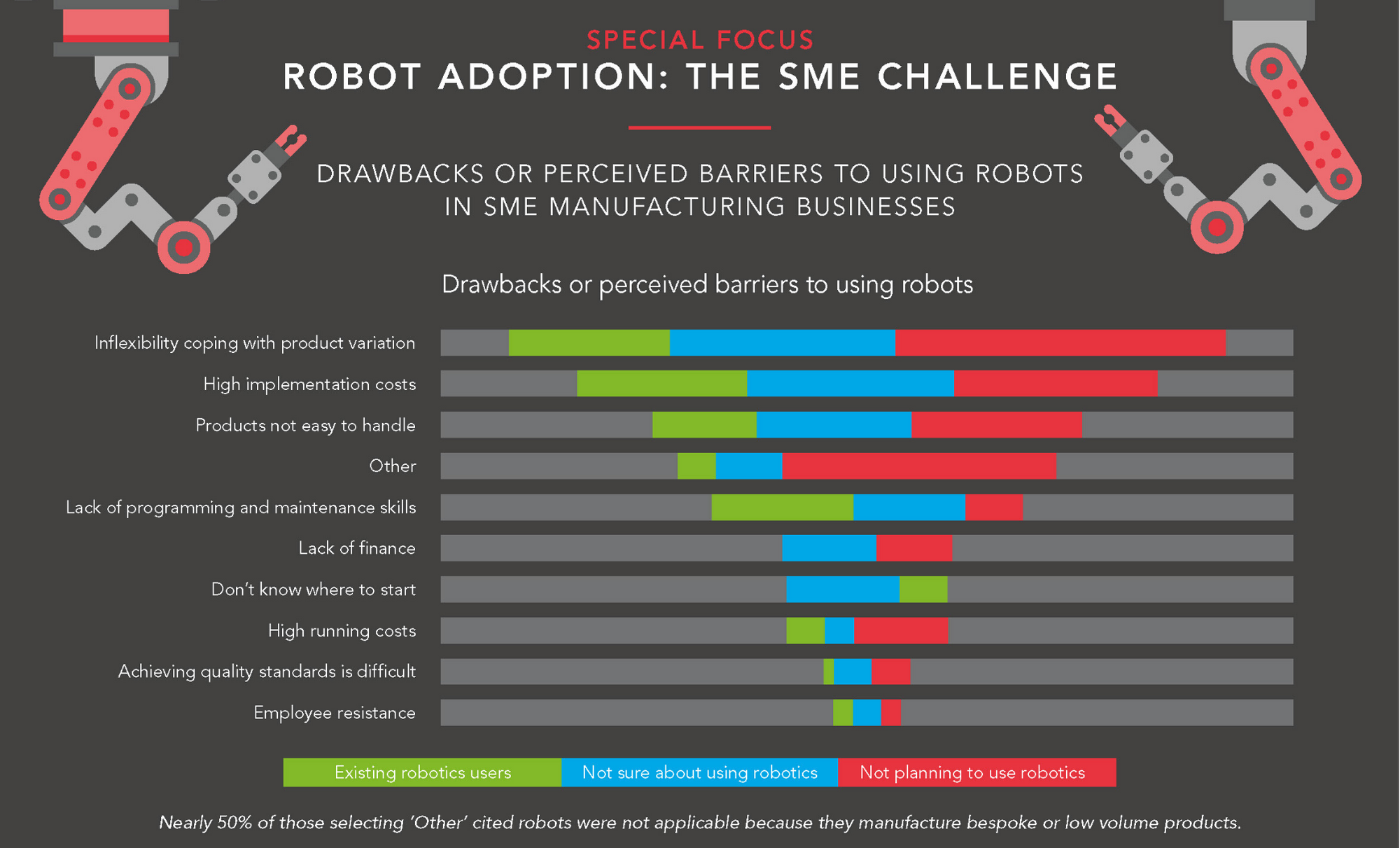 The findings demonstrate that a lack of awareness around robots is harming the productivity of businesses, particularly for SMEs.

The concern echoes with a recent report released by the Department for Business, Energy and Industrial Strategy (BEIS) which outlined the serious failings of government to adopt “the fruits of the Fourth Industrial Revolution” as swiftly as global contemporaries.

The report makes several recommendations regarding the possibilities of robotics and automation to enhance manufacturing productivity, which BEIS believes the UK will depend on in the future. 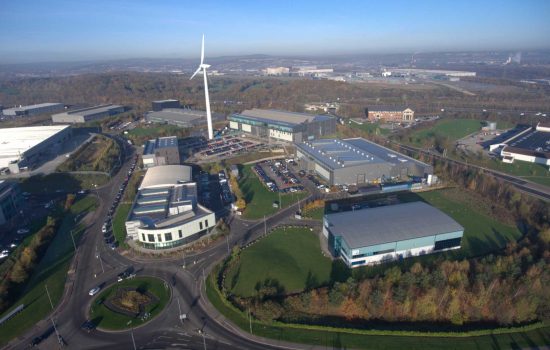