Rolls-Royce will exhibit at MACH 2014, as Britain's biggest manufacturing technology trade show aims to expand into a total manufacturing expo.

Last week the aeroengine maker joined Airbus and landing gear manufacturer Messier Bugatti-Dowty at the biennial trade show with its own stand for the first time. Airbus confirmed its presence in January and Messier Dowty in July.

Rolls-Royce will display a range of applications of machine tool technology used in its aerospace business at the Birmingham NEC-based expo. Show organisers the Manufacturing Technologies Association (MTA) have asked the company to provide young employees to take school children on tours of the show to introduce them to engineering manufacturing.

The MTA is in talks with several other prime contractors to exhibit at MACH, including firms from the automotive sector, Formula One and the power generation sector.

“It’s fair to say that we would like MACH to develop into the national one-stop manufacturing show, and with these primes and the additional features based on education and skills we are certainly moving in that direction,” said MACH’s sales director Adrian Sell.

MACH’s Education and Training Zone has expanded for 2014, some new technologies including 3D printing will be on show and MACH has reintroduced welding as an “old as new” technology to the show.

The Education and Training Zone once again features the MANTRA demo truck from the Advanced Manufacturing Research Centre with Boeing and the model Bloodhound SSC land speed record attempting car.

There is a conference programme based on prime companies explaining their procurement criteria to potential new suppliers and a small but new logistics and material handling presence.

In 2012 Rolls-Royce employees attended MACH and provided several talks at the conference but the propulsion company did not take a stand. One reason that big OEM companies have not exhibited at the show before is the perceived risk that they might use the show as a ‘recruitment fair’, being always in need of skilled machine tool operators.

That threat seems to have passed in the 2014 show and the MTA would like to develop a bigger presence of OEMs at MACH to better connect with their machine tool suppliers and show their wares to the public and young people.

The MTA says it wants to expand all the fields of manufacturing technology on display at the show, including material handling, where it runs in alternate years to that sector’s main trade show, IMHX.

The development of the OEM presence and the World Skills UK zone confirms the MTA’s plans to make MACH the UK’s default, multi-disciple manufacturing expo. 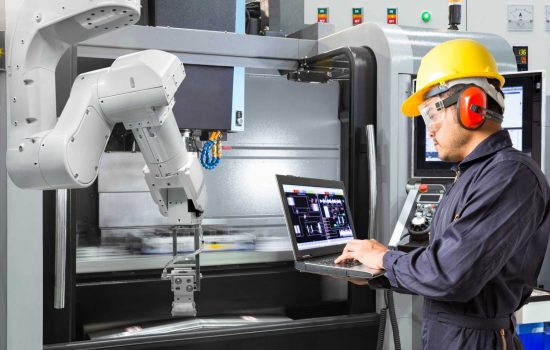 GAMBICA Update: One global pandemic for man, a giant leap for tech