Financial turbulence, green technology and original strategies are just some of the components that make up the history of Diamond Hard Surfaces. Multimedia Editor at The Manufacturer, Tom St John, finds out why diamonds were the judges’ best friend when it came to the International Trade category at The Manufacturer MX (TMMX) Awards last year.

Diamond Hard Surfaces began in 2004 when a technologist came up with an idea of producing a hardware resistant carbon-based coating. The idea was worked on for a couple of years in a research laboratory, and when it eventually came to fruition, and with the support of a venture capitalist, patents were looked at.

However, money soon ran out, which is where Chris Walker came into the business. His involvement began in 2008, when he came in to offer development ideas and to drive commercialisation into the business. £650,000 was raised to set up a facility in the UK, and Diamond Hard Surfaces was born in start-up form.

“We were burning cash in the beginning,” said Chris, now company CEO. “We’ve gone through the stages of the valley of death and come out the other side. Now we’re profitable and haven’t had to raise any funds since 2014. And as a result, we now export to 22 different countries around the globe.” The company is involved in advanced engineering sectors such as alternative energy, aerospace, neutron experimentation and oil and gas, to name a few. 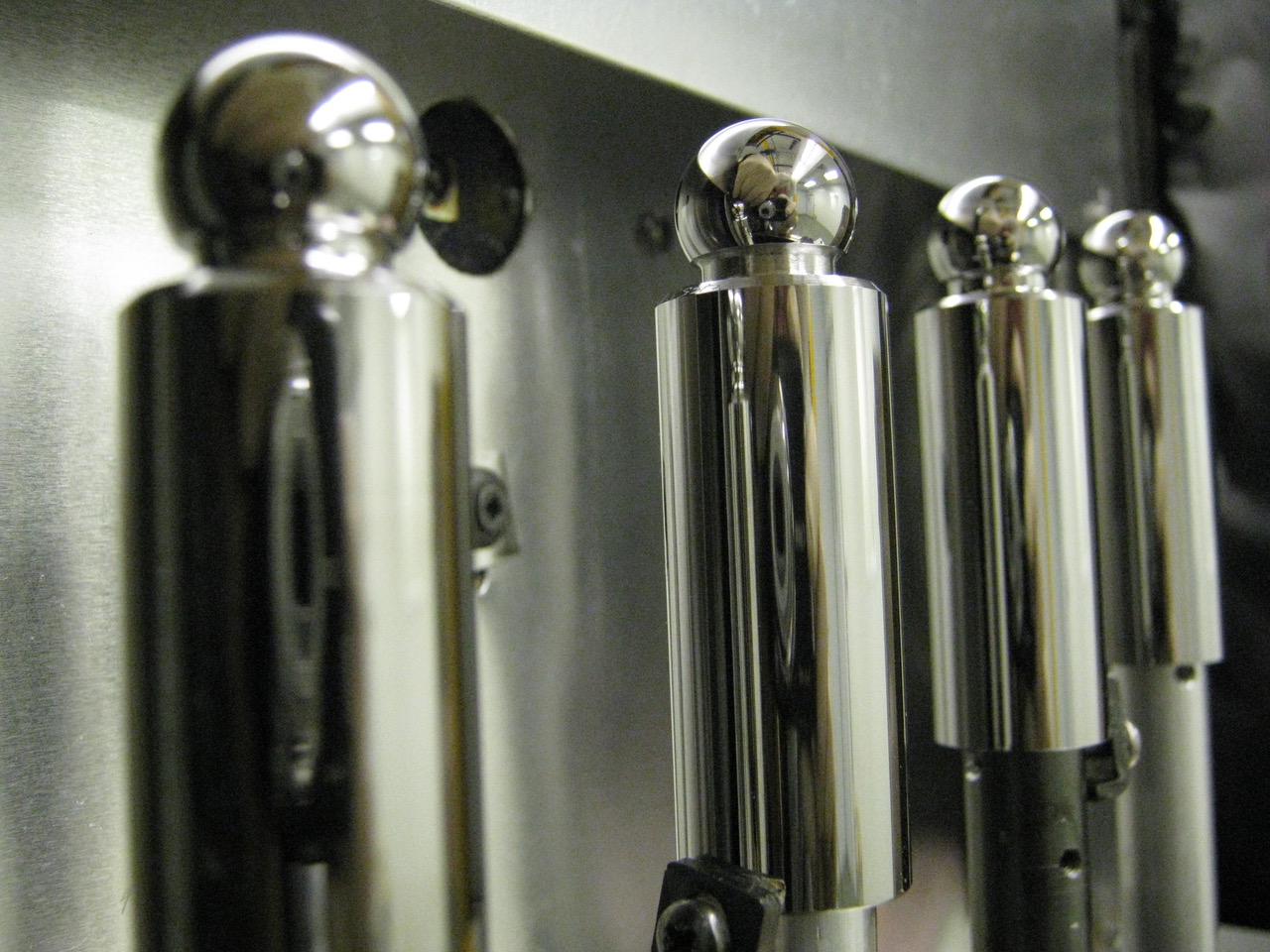 It produces a diamond-based material using its patent, producing a hardware resistant, low temperature application that can cope in virtually any substrate. Diamond Hard Surfaces works directly with blue chip companies around the globe, such as Schlumberger, Baker Hughes and Leonardo Helicopters. No wonder then, that it was named winner of the International Trade category at TMMX Awards last year.

What do you think TMMX judges saw in Diamond Hard Surfaces?

CW: I know the judges thought we had an outstanding application. Perhaps that’s because we have a clear strategy, and one that is perhaps slightly different from the norm. It’s a horizontal marketing strategy, where we look at different market sectors, how our unique selling points adapt to those markets and review the applications that exist within them.

We then go after the key players in those markets, regardless of their geographical location. That’s led us to be where we are. As an example, mechanical seal faces are one of the obvious applications for us. We identified the top ten players within that sector, starting with John Crane. We then just worked our way through the list – the first one is in the UK, the second one is in Germany, and so on. There is also a plethora of smaller businesses based in specific locations. We’ve targeted them through a very precise market strategy – by doing research and writing papers which talk about and present the benefits to customers.

We outline how much they can gain, how sustainable the product is, how much friction they can save in terms of energy losses and so on. We then present this information at conferences. That’s how customers get to know us, and we’ve had practically 100% customer retention throughout the period that we’ve been working in this way. We also get a lot of trade through word of mouth when engineers move from one company to another.

The company has also experienced impressive growth; 300% in 2020 alone. What was the catalyst for this?

I guess there’s been a bit of luck involved. But also, we’ve been working on a new market sector around thermal management on spreaders, so we’ve had to develop some new products for that. We’ve been working very hard with new and potential customers to get involved with projects on those particular applications. It turns out that there was significant growth in those applications during the period of the pandemic, which was very good for us. We have a work stream which provides a funnel of opportunities; they come in at the left-hand side, if you like, in terms of marketing and sales input, then we have lab testing, bench testing, pre-production and production. We have to force as many opportunities into that left hand side so as many as possible come out the other.

From an international trade perspective, have you had to rethink some of your approaches, given the various supply chain challenges of the last few years?

We were very lucky. We’ve been an exporter to countries outside of the EU for many years, and we’ve become used to the processes. However, there were some significant measures which we undertook to prepare ourselves. First of all, being a general exporter to different countries prepared us for Brexit and the changes involved in having to do customs declarations for the European countries.

Secondly, we conducted a study based on what’s called Authorised Economic Operators (AEO) status. Because our parts come from our customers, we import them, then coat them and send them out again on an export journey. We looked at how we could mitigate any cashflow issues tied up in VAT, for example. 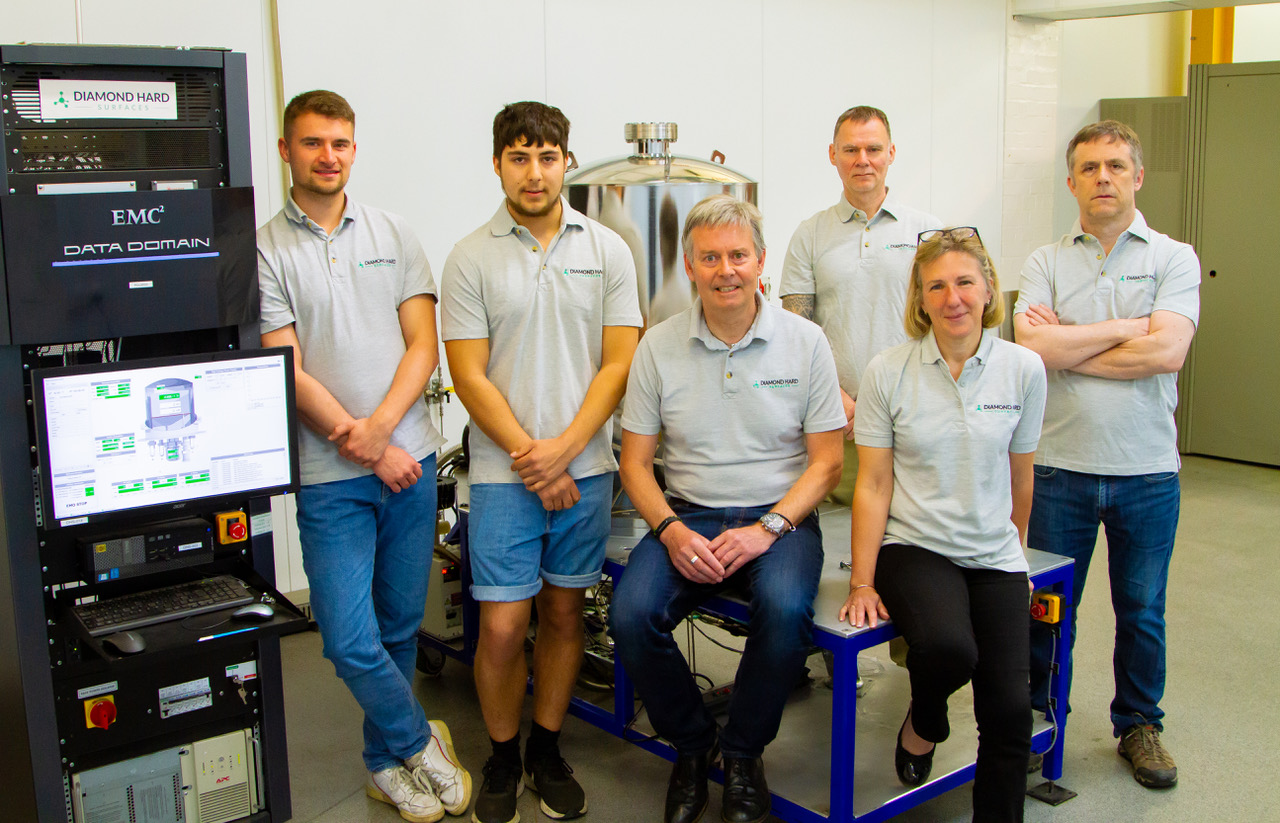 We would have been looking at around £20,000- £30,000 worth of VAT on some of those orders which we would have been unable to claim back for three months or so. Because we did the AEO study, we were able to identify that we could do inward processing. Our sales administration manager did a study which identified that AEO was not the route to go, and we opted for the IP route.

So many businesses are realigning themselves to push towards net zero targets. What is Diamond Hard Surfaces doing in that space?

We coat things with diamond to make them hard and wear resistant, that also makes them last longer. If you have a downhole component that wears out every three months, making it last 12 months means you have three less extractions every year – that’s a more sustainable business model. I’ve got a poster that the company designed nine years ago which says ‘green-on-green technology.’ In other words, we use a very green technology in the first place; it uses low energy and very few components.

The process uses a source of carbon which we disassociate into hydrogen. The carbon goes onto the substrate and the hydrogen is dissipated as either water in a gaseous form or hydrogen. We’re not producing any greenhouse gases from the process itself. So, we’re using low sources of energy and we’re making our customers’ components last longer. 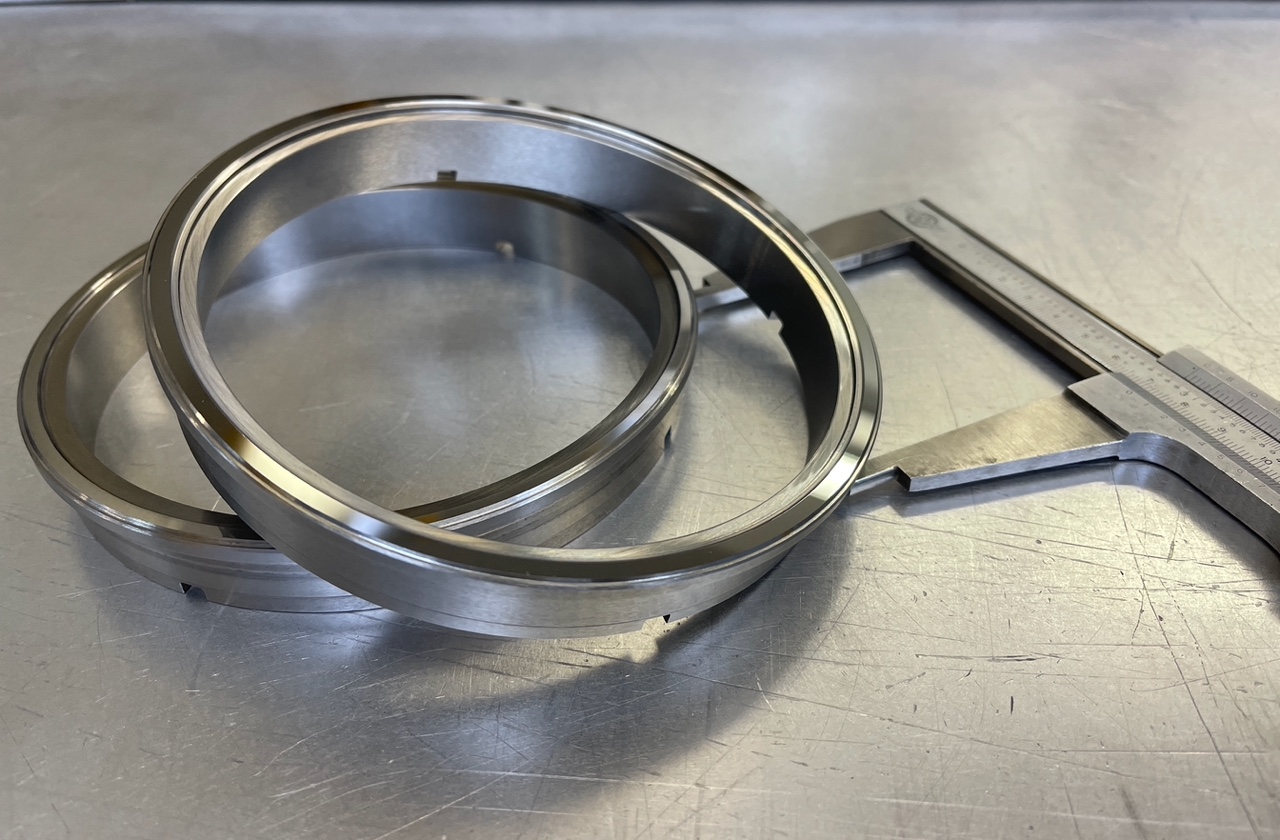 You don’t know where your sustainable journey is starting before you evaluate where you are on the map. We’ve employed a mechanical engineer who did part of his degree around sustainability. He’s put together a report for us on Scope 1 and Scope 2 parts of the process – assessing how much we’re actually using ourselves and then how much impact we have on the customer applications.

Scope 3 impacts are being assessed as we speak. Those third-tier aspects for us would be, if a customer uses four uncoated parts per year and only has to use one, then how much warehouse space do they save by only having one on the shelf rather than four? That’s where we’re struggling at the moment; we’ve got customers who say that they’re net zero compliant, but trying to engage with them about those tier three impacts is very difficult, because obviously, it’s commercially sensitive.

These businesses are pursuing their own ERG goals for their shareholders and to prove that they’re worthy in terms of sustainable credentials, but they’re not pushing that down through the supply chain. Eventually, as it becomes increasingly more important and more legislation comes in, I think they will start focusing in that direction.

Would you have any advice for other manufacturers when it comes to growth through international trade?

Our strategy has never been to focus on looking at specific countries, it’s about looking at different industry sectors. Businesses should have an international strategy as part of their business plan, even if it’s a blank chapter which says it’s been considered but has been taken no further. A lot of businesses slip into international marketing because an inquiry comes in from a distributor in India, for example, which buys some product for one year or so, but then the business expects the distributor or agent to operate in a self-sustaining fashion. 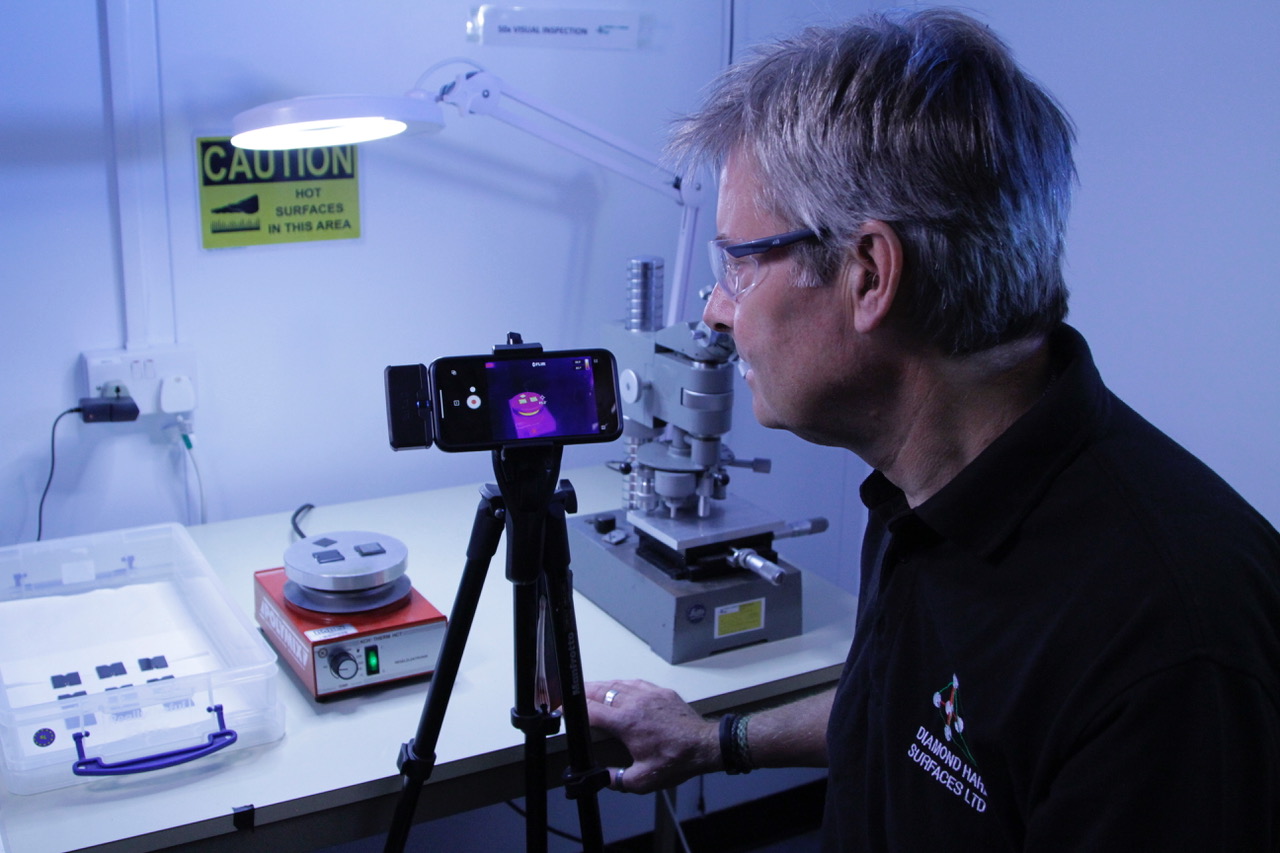 If you’re going to work with agents and distributors, you have to think about them as an extension of your own workforce, motivate them in the same way, give them the same training and explanations, talk to them commercially and understand where the pricing position is so that one party doesn’t get all the margin. It has to be a win-win situation. You also have to engage with specific experts in international trade to understand what it is to develop a market and a process. One of my degrees is in marketing and part of that was international marketing.

There are subtle nuances which you perhaps don’t think about in UK markets, such as language, culture, payment terms, legislation, adaptation, rules and regulations. An independent expert is the best person to help you. There is free advice out there, but free advice isn’t always good advice. I wouldn’t take free advice about employment or about my accounts; international trade advice is exactly the same – it’s a specialism.

What are the benefits of entering TMMX Awards?

It’s a good part of our marketing mix and gives you great exposure. We’ve won several awards in the past and it’s a great feeling. TMMX awards gave us a kick-start to win our Queen’s Award for Enterprise for International Trade, which we won this year. So, it was great preparation for that.

Click through for more stories in our Leadership section