As a student who has been on the receiving end of almost all of the engineering propaganda aimed at schools, I genuinely couldn’t describe what I am supposed to think about a career in engineering. Other than the need for more engineers, there are no clear or pragmatic messages being put across.” So said entrepreneur George Edwards, an A level engineering student and our lead interview this month.

18 year old Mr Edwards caused a stir with these words, which have been used to support parliamentary debate on the actions needed to resolve industry skills gaps and increase the competitiveness of UK manufacturing.

March was an extravaganza for all kinds of the “engineering propaganda” Mr Edwards referred to. We had National Apprenticeship Week, National Science and Engineering Week, the Big Bang Fair, the launch of the annual BAE Systems Schools Roadshow and a variety of supplementary competitions and awards to celebrate young talent and inspire it to come into industry and plug our increasingly worrying skills gaps. But, as Edwards calls us to question, is it working?

The data available to answer this question is conflicting. On the one hand, National Apprenticeship Service tells us that annual engineering and manufacturing apprenticeship starts have more than doubled in number compared to 10 years ago with 66,410 starts for the sector in the 2012-2013 academic year.

It’s a positive story which is backed up by results from the Big Bang Fair – the UK’s biggest STEM careers inspiration event – which shows it is increasing the desirability of engineering careers in the minds of young people and causing them to think about studying career enabling STEM subjects.

At the same time however, the sector research and skills promotion organisation EngineeringUK, says that apprenticeship uptake among under 19s – an important segment for priming industry’s skills pipeline – has declined by 11.9% since the start of the 2011 academic year. Furthermore, the anecdotal experience of attracting and retaining talent among many small and medium sized manufacturers does not seem to be changing.

As TM visits these companies, complaints of a shrinking skills pool and fierce competition for limited talent with big brand names still dominates.

Responding to the data on declining under 19 apprenticeships, Karen Woodward, deputy director for apprenticeships and employer policy implementation at the Skills Funding Agency – the administrative back end of the National Apprenticeship Service – says, “small increases and decreases [in apprenticeship starts] can sometimes be explained by the changes in the activity of one very large engineering company.”

Pointing to a longer term snapshot of data however, she observes: “Our data for the numbers of people in this age group starting engineering and manufacturing apprenticeships shows an increase of over five per cent, from 23,510 to 24,820, between 2009 and 2013.”

Paul Jackson, CEO of EngineeringUK, whose organisation is in the process of compiling research into the drivers and blockers for engineering apprenticeship uptake among various age demographics, explained further, “There are a number of factors behind why this has happened but first and foremost we believe that it is because, when an employer is looking for a candidate they want the best and most experienced that they can get. Today, there are far more applicants for apprenticeships with A level qualifications – rather than those who have left school at 16.”

While priming the pipeline of industry skills is undoubtedly essential for the long term security and competitiveness of UK manufacturing, there are many employers who reasonably point out, that their skills shortfall is far more immediate.

What’s the point of inspiring school children to seek out engineering careers if the industry has fallen to pieces by the time they are ready to enter the workplace, they ask.

They’ve got a point. But this problem too was addressed by Perkins’ Review of Engineering Skills and has recently captured reanimated government attention.

In his speech to industry leaders at EEF’s National Manufacturing Debate in March Business Secretary Vince Cable said: “There has long been a skills shortage in the UK. It has probably got worse because of the economic crisis – there are far too many skills engineers that now go around driving taxis because they were made redundant at the peak of the problem.”

To try and tap into this existing pool of talent and experience, Dr Cable held up the Talent Retention Solution as a potential mechanism for transferring skills back into industry.

The TRS was set in up in late 2011 specifically to divert skilled employees being made redundant in the defence sector into the newly resurgent automotive industry. The scheme has since broadened its scope and has had some notable success stories. Rolls-Royce found around 70 new employees via TRS in the year after its launch.

Professor Perkins recognised the value of TRS in his review and recommended investment in its expansion and development. He suggested that a combination of the TRS model with the services offered by the Daphne Jackson Trust, could help industrial businesses answer their more immediate demand for skilled employees.

The Daphne Jackson Trust is a charitable institution which supports academic scientists, engineers and mathematicians in returning to work after a career break.

Find out more about the Daphne Jackson Trust at www.daphnejackson.org 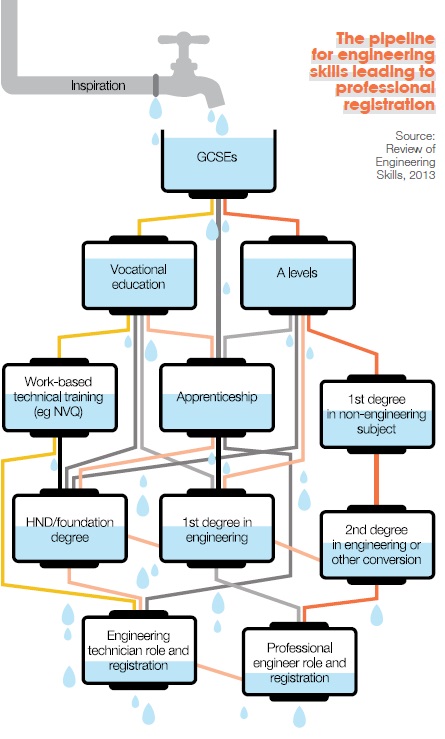 Consequently, says Mr Jackson, employers are opting for the more qualified candidates with more life experience, at the expense of the younger age bracket. Interestingly, Jackson points out, they are doing this in spite of the fact that apprenticeships for under 19 year olds are fully funded while older candidates require more financial outlay on the employer’s part. So does the dip that EngineeringUK identified in under 19 apprenticeships matter?

“What’s interesting is that while we have seen the under 19 apprenticeship uptake drop we have seen a parallel rise of around forty per cent in uptake of the engineering BTech.”

So, says Jackson, let’s not scratch our heads too hard about apprenticeship uptake, but just focus hard on ensuring employer engagement is in place. That way, whatever STEM qualification a young person takes, they are familiar with career options and prepared for the world of work.

“There is a challenge to our sector to make the most of all young people choosing engineering,” continues Jackson, “particularly if they are studying in further education colleges, so that they are ready to be really effective when they enter the workforce.”

It’s the strong engagement factor behind much of EngineeringUK’s work which won it the praise of Professor John Perkins in his recent, highly acclaimed, Review of Engineering Skills.

In particular, it was the EngineeringUK initiative Tomorrow’s Engineers which drew his attention.

“For engineering and manufacturing, which are not taught as part of the national curriculum, it is really important that young people can see that their maths and science can lead to a pretty sharp future doing a well-paid job with great variety,” says Jackson.

Even more important to Perkins however, was that Tomorrow’s Engineers is not just another initiative acting alone and potentially in competition with other skills promoters.

“Tomorrow’s Engineers has brought together many engineering institutions and companies so that it looks much more like one programme of activity,” says Jackson. “It was very important to Perkins that we move away from having lots of different activities on offer and loads of initiatives approaching schools individually – with those activities rarely being evaluated or sharing data – and toward supporting schools as a unified engineering community.”

Following a unanimous vote in parliament in January to support the implementation of Professor Perkins’ recommendations, there is now a plan to extend the reach of Tomorrow’s Engineers by partnering more closely with STEMNET to take advantage of its excellent education contacts. An action plan is also in development to make employer engagement more effective – a specific action plan for this is expected imminently and is based on research with around 200 employers of varying sizes in the engineering and manufacturing sector.

Extending the reach of Tomorrow’s Engineers should help to create greater consistency and clarity of message for George Edwards and his peers – but it will also help to spread that message more evenly.

“About a third of employers find they are tripping over other companies as they try to engage with schools because they are all focusing on the same institutions,” Jackson said.

Furthermore, this is only one facet of a wider range of recommendations around refining employer messaging and improving experience of engineering in schools which were issued in Perkins’ review and which are now being carried forward by a set of task groups, coordinated by the Royal Academy of Engineering.

There are also task groups for developing cutting edge skills in FE and specialist skills. Each group is chaired by a leading industry or academic figure and all groups have now defined initial action plans and identified early collaborative channels through which to deliver 18 of Perkins’ recommendations to facilitate the flow of appropriate skills into industry.

A further 22 recommendations were made to government to augment its support for industry skills development. Early action on these recommendations includes new funding for the Employer Ownership Fund and the development of its offering to make it more SME friendly. There are also plans for more elite training institutions like that at the Manufacturing Technology Centre in Coventry.

But critical to the success of all these initiatives is their effective marketing and a deep set acknowledgement of the fact that noise and cage rattling about skills shortfalls is not the way to convince young people that they should dedicate themselves to the sector. 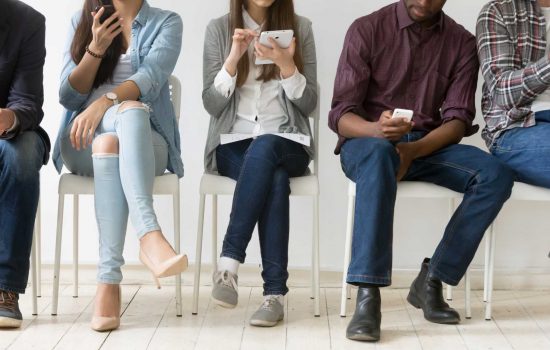