The The Society of Motor Manufacturers and Traders (SMMT) has provided a simple breakdown of the Budget for automotive manufacturers.

The below is a breakdown of the key areas of the Budget that will impact on car makers in the UK.

Government to provide £1.6 billion of funding to support sector strategies, including automotive, during the course of 2013.

In the Autumn Statement 2011, government announced it would introduce an Above the Line (ATL) tax credit for large company R&D expenditure incurred on or after 1 April 2013. Today’s Budget increases the ATL credit to a rate of 10% before tax.

SMMT is delighted with the introduction, from April 2015, of two new bands at 0-50g/km of carbon dioxide (g/km CO2) and 51-75g/km CO2. In its Budget submission, SMMT called for greater differentiation for those low emission vehicles.

SMMT also welcomes the change to the rules in that in future years CCT rates will be announced three years in advance. We look forward to working with government to review incentives for ULEVs in light of market developments ahead of Budget 2016, which will inform decisions on CCT from 2020-21 onwards.

From 1 April 2013, VED rates will increase in line with RPI, apart from for heavy goods vehicles (HGVs) which will be frozen in 2013-14. SMMT is pleased that the government has said that it has no plans to make signiﬁcant reforms to the structure of VED for cars and vans in this Parliament.

There will also be an extension to the cut-off date from which classic vehicles are exempt from VED by one year. From 1 April 2014 a vehicle manufactured before 1 January 1974.

Reduced Pollution Certificates VED discounts for Euro VI vehicles are due to expire on 31 December 2016. The Government will replace RPC VED discounts with grants for Euro 5-6 vehicles within the HGV Road User Levy scheme, from 1 April 2014 to 31 December 2016. SMMT looks forward to seeing more detail from the Department for Transport in due course.

The simplification of corporation tax is a positive move that businesses will welcome, as well as the extension of the Capital Gains Tax holiday.

In supporting UK manufacturers in the supply chain, industry expects more detail later in the summer in the automotive strategy. However, many automotive suppliers will welcome the creation of an Employment Allowance of £2,000 per year towards their employer National Insurance contributions bill. This will particularly help small businesses that want to hire their first employee or expand their workforce and so is welcome news for the industry’s smallest employers. 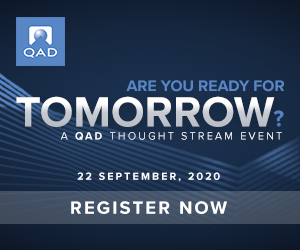