This programme funded through Defence Innovation, will include the flight of an advanced uncrewed VTOL prototype referred to by the UK MOD as “Proteus”. Proteus is a key element of the Royal Navy Future Maritime Aviation Force (FMAF) vision for Anti-Submarine Warfare support.

The award supports the company’s strategic goal for its site in Yeovil, Somerset, already the ‘Home of British Helicopters’, to expand and also become the UK’s hub for uncrewed military VTOL aircraft. Internationally, Leonardo is already at the heart of numerous forward-looking uncrewed research and innovation programmes ranging from advanced air mobility to uncrewed combat air, counter-UAS technologies and uncrewed traffic management. The company has demonstrated its expertise and capabilities in the sector during major European exercises such as Unmanned Warrior, Italian Blade and OCEAN 2020. 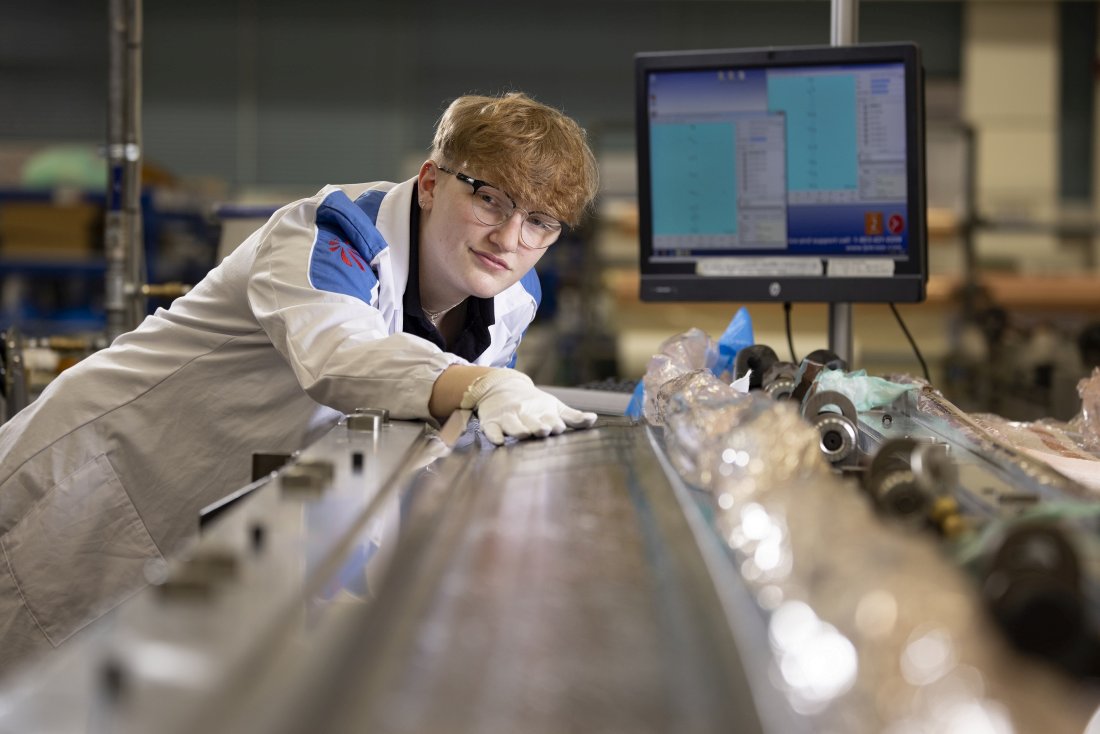 In the UK, Leonardo is a close partner of the MOD and has already invested substantially in uncrewed military capabilities onshore. In Yeovil, the specialised helicopter design and engineering skills have made the site a focus for uncrewed systems. The company has previously conducted a number of advanced research projects under RWUAS phases 1 and 2. Phase 3 will sustain and grow this onshore design and technology development capability by readying a brand new uncrewed prototype for its maiden flight.

Adam Clarke, Managing Director of Leonardo Helicopters (UK), said: “Uncrewed VTOL aircraft will transform military capability whilst also having application in other market sectors, both in the UK and around the world. This contract represents a major step towards our future in next generation uncrewed military technology and the sustainment of unique engineering skills onshore.”

Following on from learnings and technology developed through the first two phases of the RWUAS CCD programme, Phase 3 will see Leonardo create an up to 2-3t demonstration aircraft that will have modularity at its core. The dual-use RWUAS prototype will be adapted to deliver a wide range of roles in the military and parapublic domains. These include intelligence, surveillance and reconnaissance, maritime specific missions and logistics supply. The high payload and large volume capabilities, combined with ability to operate in harsh environmental conditions, are expected to be of interest to a wide range of potential users.

The majority of the programme, which leverages Leonardo’s full range of end-to-end capabilities, from design to manufacture, will be conducted at the company’s facility in Yeovil. It will sustain and grow critical skills and generate high value design engineering opportunities. A core team of around 60 people will be employed on the programme, which is expected to expand to around 100 people.

The UK MoD’s RWUAS CCD Phase 2 contract built on the research and development activity which began under the RWUAS CCD Phase 1 programme between 2013 and 2015. Under Phase 2 further research, 2 development, analysis and experimentation took place, which related to VTOL air-vehicle technologies and platform operations, within future operating environments, fleet mixes and the overall defence aviation capability structure.

Leonardo is the only company in Europe able to provide complete solutions by designing and developing all the elements of uncrewed systems: platforms, sensors, mission systems, control stations and offer customers a certified low risk, high effective, fully integrated capability. The continuous development and integration of cutting-edge solutions across all domains of remotely piloted and autonomous/semiautonomous systems and technologies is a key element of Leonardo’s BeTomorrow2030 Strategic Plan.