Spending round cuts to fund infrastucture, science and education

The Chancellor George Osborne's proposed cuts to the public service, announced in today's spending round, would reduce government departments spending by £11.5bn in 2015-16. The savings are being earmarked to further reduce the federal deficit and provide greater investment for infrastructure, science and education.

“Today I announce the next stage of our economic plan to turn Britain around,” said Chancellor George Osborne in Parliament today. “Instead of the £157bn the last government was borrowing, this year we are set to borrow £108bn.”

The Government has taken what the chancellor referred to as “unprecedented steps” to achieve this expenditure control but said it now needed to uncover £11.5bn in further savings.

“Finding savings on this scale has not been easy,” he said. “These are difficult decisions that will affect people in this country but there never was an easy way to bring spending under control.”

Mr Osborne said that the coalition has already made £5bn worth of cuts to government spending since it came to office by reducing spending in areas including marketing, consultants and government IT. In this spending round the chancellor announced the Government had identified a further £5bn in efficiency savings – nearly half of its total desired savings.

The spending round got thumbs up from business groups.

Terry Scuoler, chief executive of manufacturers’ body EEF, said: “These overall numbers come as no surprise and, given the government’s approach to this review, the settlement is as good as can be expected. Crucially, the government has prioritised spending in the areas that will deliver a greater growth dividend. Investing in science and innovation, skills and export promotion is critical to create a strong more balanced economy.

Negotiations over the education, transport and local government departments were completed this week and Mr Osborne revealed how the Government’s planned £3bn of extra capital spending would be carved up between departments.

“Schools, science, transport links and reliable energy are what enable business to grow,” said Mr Osborne. “Britain was once the place where the future was invented from the railway to the jet engine and the world wide web. We can be that country again and today we set out how to get there.”

The spending round commits £50bn of capital infrastructure investment in 2015 and includes money for roads, railways, bridges, broadband, science and schools. This will amount to over £300bn of capital spending to the end of this decade.

“Today we raise our nation’s game,” said Mr Osborne. “This means that Britain will spend, on average, more as a percentage of its national income on capital investment in this decade despite the fact that money is tight, than in the previous decade when government spending was being wasted in industrial quantities.”

Tomorrow, the Chief Secretary Danny Alexander is expected to set out the next stage of the coalitions economic infrastructure plan. The department for transport is to make a 9% in its running costs but its capital budget will rise to £9.5bn.

The Government is expected to approve HS2 high speed rail today and is hoping to expand its current east-west London crossrail plans to provide a north-south underground route.

“Investing in our economic infrastructure also includes investing in energy,” said Mr Osborne. “We will provide the certainty investors are crying out for…[and] we will provide future strike prices for low carbon and are restarting our civil nuclear programme. The Government has now also committed to make tax and planning changes to assist in the exploitation of shale gas. We will provide our country with the energy of the future at a price that we can afford. Taken together, this should support over £100bn of private sector investment in energy.”

“It is not enough to have roads and power stations, these are just the physical infrastructure you need to compete in the 21st century. We need the intellectual capital too,” said Mr Osborne.

Vince Cable has agreed to a reduction of 6% in the cost of the department for business education and skills. Despite the reduced budget, more money will be allocated to apprenticeships to support skills and the UKTI to support exports.

“From synthetic biology to graphene, Britain is very good at science and we are going to keep it that way,” said Mr Osborne.

“When you’ve got infrastructure and you’ve got science, you still need an educated workforce to make it happen. There is no greater long-term investment that a country can make than in the education and skills of its children.”

Because of what Mr Osborne termed “the tough decisions we’ve taken elsewhere”, he said the Government would be able to invest in education and accelerate school reform. The education’s overall budget will increase to £53bn and schools spending will be protected.

“We will transfer power and money from town halls and central bureaucracy to schools so that more of this money for education is spent on education.”

The capital budget for schools will be set at £4.6bn in 2015-16 with over £21bn of investment planned for the next parliament. The money will tackle the backlog of maintenance in existing schools and invest in new schools places, fund 20 new studio schools and 20 new university technical colleges. It will also create 180 new pre-schools in 2015-16.

Despite savings of £38bn from the MoD over 2% of GDP will be allocated to the armed forces, one of the largest defence budgets in the world. In the cash terms, the defence resource budget will be maintained at £24bn. According to the chancellor this spending round not only protects the countries defence capabilities but enhances them with the latest technologies.

“We will not cut the number of soldiers, sailors or airmen, we need them to defend our country. We will give them the best kit to do that job including new aircraft carriers, submarines, stealth fighters, destroyers and state of the art armoured vehicles.”

The shadow chancellor Ed Balls, replied that the spending round announcement was due to the coalition’s “comprehensive failure on living standards growth” and a “flatlining economy”. He said that long-term unemployment was up and that welfare spending was soaring.

He said the chancellor had failed to balance the books as he had promised and that is why “this chancellor has been forced to come to the House today to make more cuts to our public services.”

According to the shadow chancellor, despite Mr Osborne having said two years ago that he would not need to ask the British public for more, his economic failure has meant he has had to do exactly that. 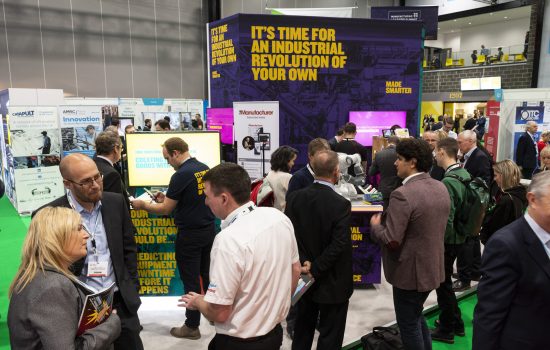