Talk of the industry: Election fever

The countdown to a politically electrifying election has begun. In many respects it will be a plebiscite, with the defining issue being the future economic management of our nation. Terry Scuoler takes a look.

This time last year 70% of the companies we surveyed were optimistic about prospects for the year ahead. That rush of positive energy has almost halved.

Meanwhile, worryingly, the number of executives expecting conditions to actively deteriorate has tripled, with 17% of those asked voicing concerns.

One of the problems is uncertainty driven by concern about short-terminism when it comes to policymaking and planning for the future.

Political uncertainty is at the top of that list, arising from a too-close-to-call election with a significant range of potential outcomes all of which could lead to a raft of changes in the way the government works to support – or not – industry.

Add to this the ongoing difficulties in the Eurozone and a greater threat from geo-political events such as the wider impact of Russia’s activity in the Ukraine and, the impact of sanctions, and you begin to sow the seeds of doubt in terms of confidence.

To read more of UK manufacturers’ views on the future, read the Annual Manufacturing Report 2015 by clicking here

After the experience of 2008, manufacturers of all sizes still remain cautious and risk averse.

Looking back to the build up to the last election in 2010, the drive to truly rebalance the economy, following on from the financial collapse experienced in 2008, with a greater emphasis on manufacturing and, its ability to usher in a new industrial revolution was very much in vogue.

Today talk of rebalancing is more often than not used as shorthand for closing the north-south divide. It is in danger of diluting the still critical issue of creating a better balanced UK economy where industry and manufacturing form a greater share of GDP.

That takes long-term planning and consistency of approach. 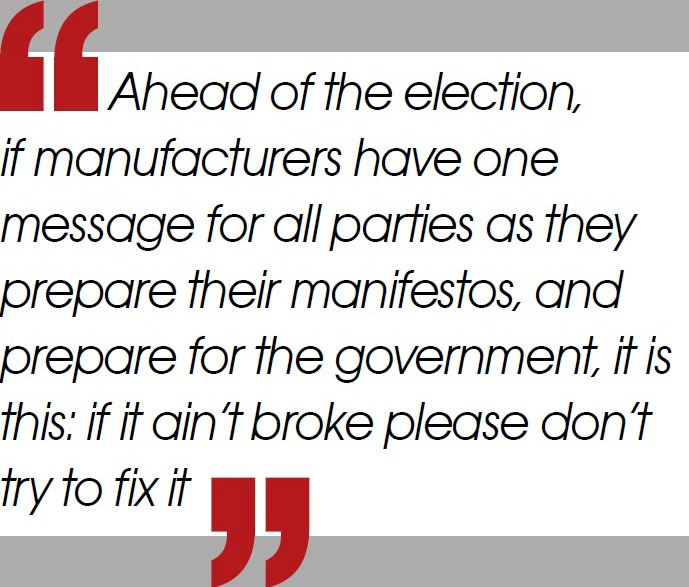 The coalition government has, however, made progress on this front and has proved to be a strong supporter of manufacturing, developing an industrial strategy which should be applauded.

Ahead of the election, if manufacturers have one message for all parties as they prepare their manifestos, and prepare for the government, it is this: if it ain’t broke please don’t try to fix it.

What is more, do not pull the rug from under the feet of initiatives that support long-term industrial growth such as new infrastructure, roads, rail and other key projects, as well as funding for innovation.

Maintain the support for research tax credits and other critical business support, such as UKTI, that focus on the long term drivers of growth and industrial excellence.

Britain’s manufacturers are also very clear about Europe. Britain’s economic well-being is predicated on our continuing membership of the EU. Reform from within, yes. But Britain must play a leading role as a member. Brexit would be a disaster.

Whatever the shape of the new British government on May 9, we know public spending will be squeezed in the next term. It is essential that support for business and an industrial strategy that puts Britain on course for long term, sustainable economic growth remains a top priority and not an easy target for cuts. 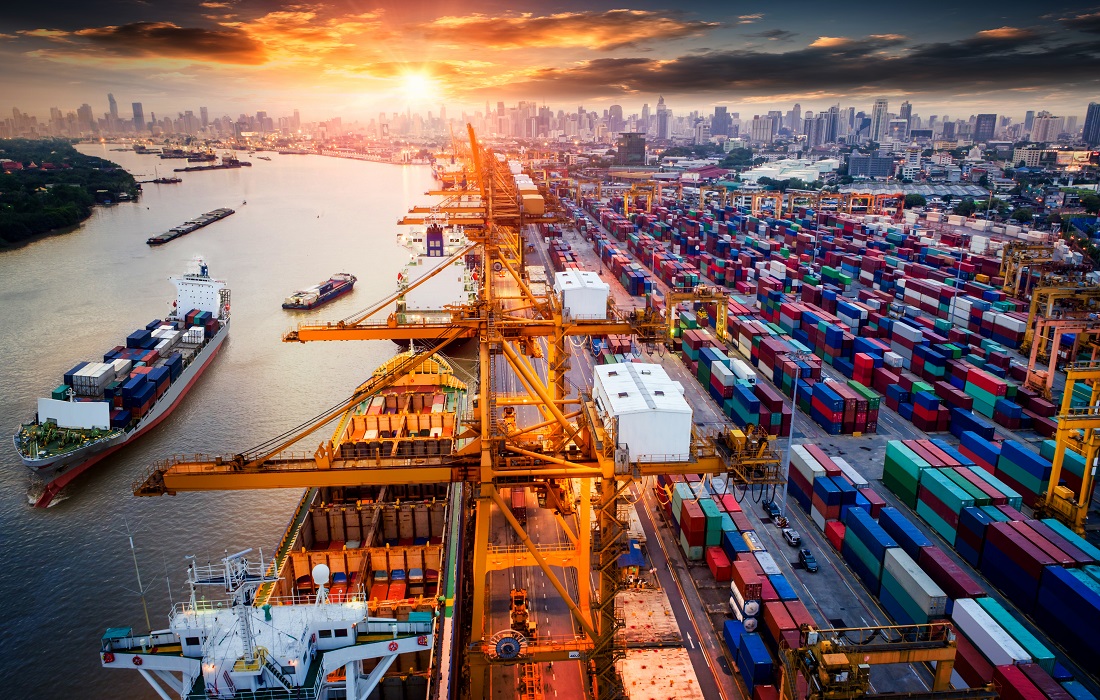