Posted on 5 Feb 2013 by The Manufacturer

I know the precise moment I decided to set up TeenTech. In December 2007, I asked a class of 12 year olds at a school in Wokingham if they could name a contemporary engineer, scientist or technologist. The only name they came up with was Einstein. Except for one lad who suggested “Charles Cabbage”. They weren’t proud of this, but were articulate about the invisibility of role models. “Even footballers do adverts. You never see an engineer on an advert,” said one.

Another stated, “It’s fun to go to places like the Science Museum but that doesn’t help us see what engineers actually do every day”. And finally: “When we buy an ipod or an xbox, why isn’t there something on the packaging telling us who made it?”

I understood where those students were coming from. It wasn’t until I worked on Tomorrow’s World that I appreciated just how rich and varied engineering careers could be.

I left that school determined to make a difference. Not by talking about it. I’d been doing that for over 25 years at conferences and events all over the world and quite frankly, nothing much seemed to have changed.

I wanted to do something practical, something that would really help teenagers understand just how many opportunities there are in contemporary engineering and technology if only they had the right skills.

I wanted them to see that they could be part of this world, whether or not they wanted to go to University. I especially wanted to debunk the myths that ‘manufacturing is dead’, that engineering was nothing but oily rags and dreary businesses and that a career in tech was only open to you if you were male, white and reclusive.

We ran the first TeenTech event in Berkshire in 2008, and after winning several national and regional Awards, piloted a UK roll out.

This year we’ll run 12 events. At every one, 300 students from 30 different schools spend a day with leading engineers and technologists from global, national and start up companies.

We measure the immediate effect with voting buttons and it’s apparent that connecting with a broad sweep of different industries helps young people see the variety and excitement.

“It is critical for industry to reach out to young people while they are still at an early stage of their education” – Don Johnson, Operations Manager, Laleham Healthcare

Who does TeenTech work with?

We work with every size of organisation from global companies like Samsung, Sony, Google, Atkins, Airbus, and Cummins to leading Universities and FE colleges to the tiniest start–up. We encourage all to bring engaging, ambitious and often unexpected activities.

For instance, we work with Chas A Blatchford & Sons, a small precision engineering company which makes artificial limbs. In 2012, they brought along an athlete and the students fitted his leg. They were also able to experience what it’s like to use an artificial limb.

GE brought along a 4D scanner to follow the journey of a fizzy drink through a teacher’s body. it was eye-opening for students and their teachers to see the amount of engineering and physics behind medicine. 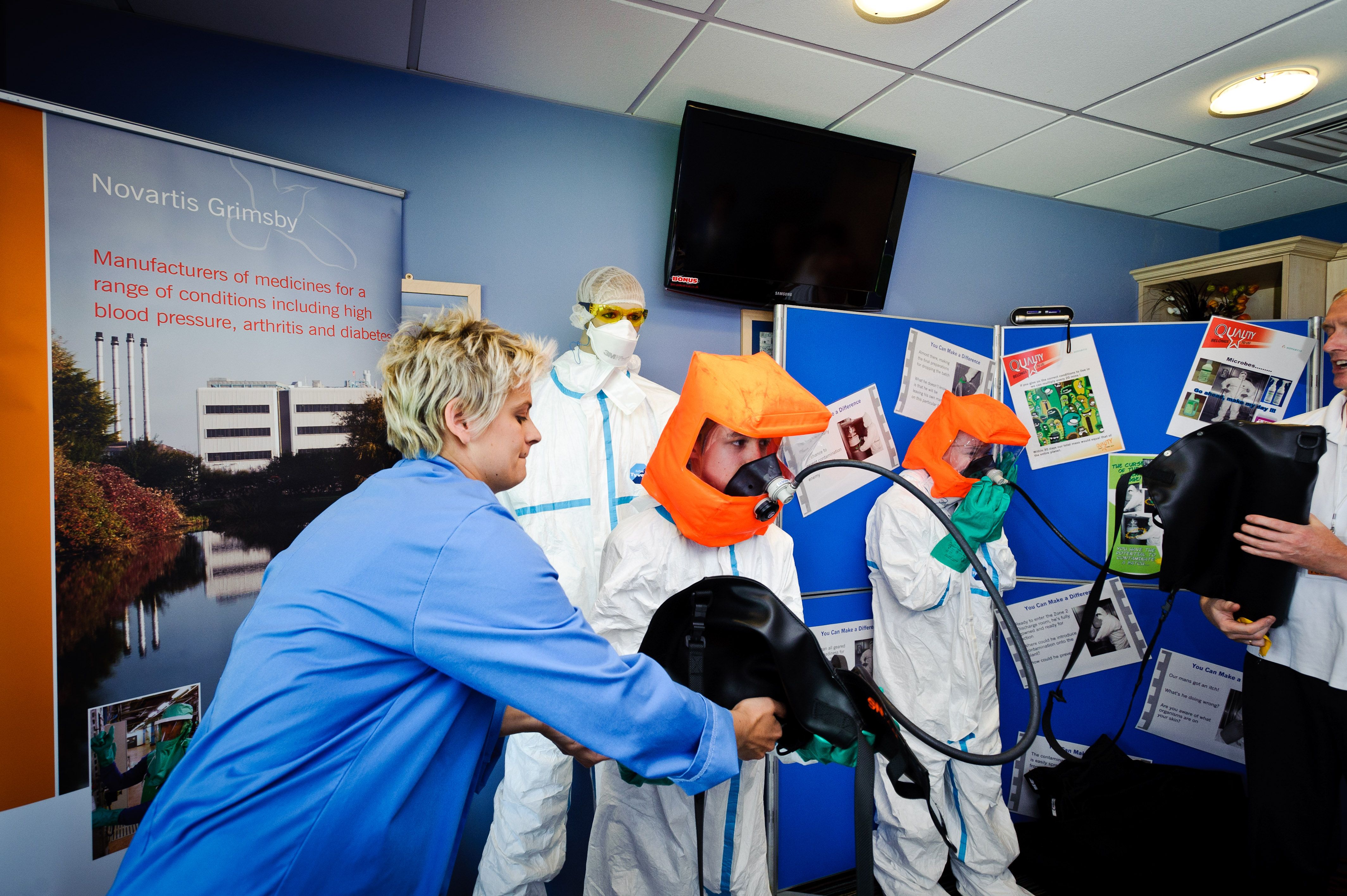 Queen Mary’s College London run an activity where students ‘hack’ musical instruments. I watched one boy stare into the gubbins of an electric guitar for so long I thought something was wrong . He looked up and said, “I’m going to build one of these”.

TeenTech events are carefully planned and scheduled. Students move around the event, spending set time with real people working with some incredible technologies.

Virtual Education Experience, which is owned and sponsored by two engineering technology businesses, has been working with TeenTech for four years. Director, Mike Maddock says “The TeenTech model is unique. It manages and facilitates the students and teachers from the minute they walk through the door.” 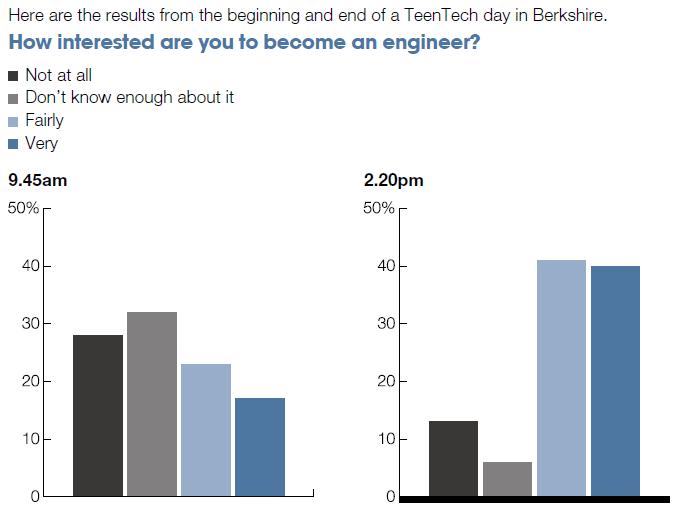 It’s all too easy to think that someone else should be responsible for all this. The government perhaps.

But there’s an urgent need for all of us to work together now if we want young people and their teachers and parents to really understand the skills needed for the jobs of the future. In 2012, the Duke of York recognised the hard work of all our company volunteers and became patron of TeenTech.

They worked with TeenTech for the first time in 2012, and operations manager, Don Johnson explains why. “In my opinion it is critical for industry to reach out to young people while they are still at an early stage of their education,” he says. “The main reason is to engage and expose them to the real world of manufacturing whilst they are still undecided about their potential career path.”

Laleham invested time mocking up a mini production line, recreating all the stages of the manufacturing process, so students could experience first hand the challenges and requirements they would face in a real manufacturing environment. It was an educational but thoroughly enjoyable experience cited by many teenagers as a real highlight of the day.

Young people need to be inspired about their own potential and shown different routes to success. Teachers may have heard about Rolls-Royce apprenticeships but they may be less aware of those run by BT, Airbus or Cisco. Students may be keen to learn how to design games but who’s advising them about the best courses to lead them into the industry?

Feedback from schools has been impressive with 100% saying they will definitely attend another TeenTech event. Teachers have told us they have torn up lesson plans as a result of attending the event.

One teacher who can to a TeenTech event in October 2012 said: “What a fantastic day we all had at TeenTech. I was amazed at how the activities and challenges brought out the personalities of my students, and the level of questioning which drew out some excellent answers from them. It was a truly enriching experience for them – and me – which will remain with them for a long time. It has promoted a real sense of wanting to do more, and achieve greater success in the future.”

All credit to the brilliant companies who support us. But we need more. Be part of this.