Ten distinctive trends will be shaping the future of digital transformation, a new study forecasts.

Digital transformation emerges as a paradigm shifting trend that only occurs when perfectly aligned with other trends and advances that create the favorable conditions necessary for it to occur, the ‘Instant Insight Series’ shows.

The ‘Instant Insight Series’ takes coverage of global developments on technology innovation a step further: it distills it through not one, but several analysts’ distinct skillset and expertise, while allowing for the blend-in of the effect of overarching trends through background-specific angles of view.

1. Cognitive Buildings
Same as watches, phones, and cities, buildings have evolved into smart incarnations of themselves, enabled by developments in sensing technologies, data analytics and connectivity.

The next evolutionary step will give buildings additional situational and environmental awareness while learning computers and artificial intelligence will afford them decision making capabilities.

3. The Convergence of physical and online retail
It is perhaps diminutive by now to describe Amazon as an e-commerce company; although that’s where the $136bn company (Amazon’s 2016 revenue) had its beginning, by now, Amazon’s business also spans physical retail (with its acquisition of Whole Foods and its amazon go initiative) internet & connectivity, cloud computing, consumer electronics.

5. Computational Biology
The field of computational biology and bioinformatics is an incredibly interesting example that demonstrates the pervasive nature of digital transformation, especially since it gives new promise in global challenges such as cancer research and drug discovery.

6. Digital Lateral Flow Assays
Due to a wealth of benefits lateral flow assays have seen widespread take-up since their commercial launch in 1977 as home pregnancy tests.

7. Powering Personal Mobile Robotics
The rise of robotics is probably one of the most highly visible effects of digital transformation, with advances in algorithms having enabled new markets for static and mobile platforms.

9. Quantum Computing: The Next Transformative Paradigm
The biggest race in 2017/2018 is not on the Formula 1 tracks, or in breaking the world record for the 100m sprint. It is demonstrating quantum supremacy, i.e. substantiating the claim that quantum computers can perform tasks that no current computers can.

10. Social Impact of Digital Transformation
A forecast on Basic Income (UBI) has found that whether supporting or rejecting UBI, members on both sides are considered nothing short of instrumental in bringing about digital transformation today. 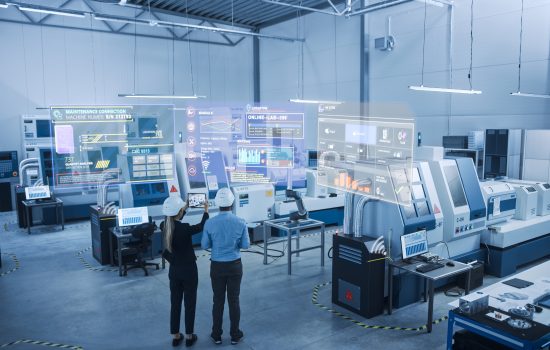