The Big Bang Fair 2014 – first morning in pictures and words

Jane Gray brings snapshots from the first morning of the Big Bang Fair 2014.

The Big Bang Fair has been running since 2009 and has grown in size and spectacle year on year.

80,000 people are registered to attend the fair over the next three days of which around 70,000 are school children.

Schools and childcare secretary Liz Truss spoke before the launch of the 2014 show, telling a mounting crowd of young people how important engineering is to the world around them and encouraging them to make the most of the day ahead.

Approximately 200 organisations signed up to support the show this year, around a third of which are employers.

John Halton, director of business and industry at EngineeringUK, the organising power behind the Big Bang Fair, said that he was pleased with the level of engagement from employers and other industry stakeholders this year but that “things are still tough out there” and that he would like to establish ways of engaging more SMEs in the show in the future.

“Our exhibitors are still large firms,” he admitted to TM, “but we have some new faces this year – notably Doosan – as well as organisations that have been with us since the beginning like BAE Systems.

“Our next step is to look at collaborative methods for getting SMEs to the show – perhaps using the LEPs or local Chambers of Commerce to act as hubs.”

Creating better engagement and visibility for SMEs is very important to Rhys Morgan, director of engineering and education at the Royal Academy of Engineering, who is a veteran of the show and once again manning a stand this year.

Pointing out that, despite recent efforts to promote STEM careers and vocational qualifications, engineering and manufacturing apprenticeship uptake has declined among under 19s in the last three years, he said: “There is still a STEM skills gap but it is not with Rolls-Royce and BAE. The skills crisis is in the supply chain.”

Mr Halton acknowledges the disappointing dip in apprenticeship starts by under 19s but was adamant that the Big Bang message is right and that employers must maintain and increase focus on engaging with schools to promote all routes into STEM-based jobs.

On the show floor, many exhibitors have this year tweaked this engagement effort to target teachers and parents more closely while also aiming to inspire children themselves.

Speaking from the busy Siemens stand, Lee Dryden, a senior communications professional at the diversified engineering firm, said: “The whole purpose of our display this year is to promote Siemens Education – our online portal which helps kids interact with some of the fundamentals that we deal with as a company. This includes looking at healthcare issues, manufacturing issues, our challenges around power generation.

“We also have resources for teachers to help them bring real world technology into their classroom. We also have guidance for parent so that, if their child is showing an interest in – say – physics, they can find out what they could be doing with that.”

Mr Dryden says the portal was developed in response to feedback from teachers, parents and students saying they would like more access to resources and information on an every day basis.

Dryden has attended the Big Bang Fair every year since its launch and said he has enjoyed seeing it grow. “My favourite days tend to be the weekend days though,” he added. “You get to interact with the mums and dads which is great because they really our passionate about trying to help their kids find the right career. Also, you get to spend more one to one time with children that come at the weekends as they aren’t in big groups.”

Throughout the show there will be presentations and challenges for children to complete, encouraging them to get hands on with engineering challenges and discover engineering principles in a practical way.

Careers advice sessions are also being conducted in a dedicated careers hub, highlighting how STEM skills can be applied to a diverse range of jobs within the wide world of engineering.

The Big Bang show I also host to the National Science and Engineering Competition and the Young Engineer for Britain Competition. Finalists’ projects are on display on the show floor. 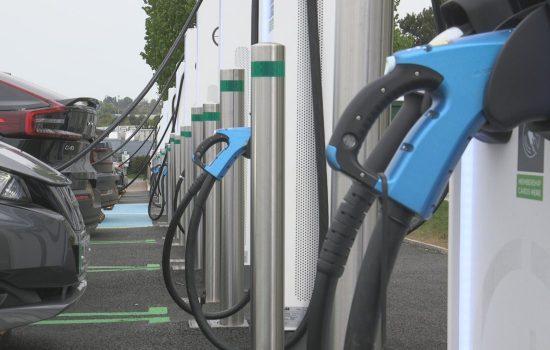