The Industrial Strategy one year on – challenges remain

Vince Cable and the CBI’s John Cridland summarised the UK’s Industrial Strategy one year on from its launch, the CBI saying new signs of economic recovery are no excuse to ease off on government action.

Britain’s industrial strategy, launched in September 2012, is on course to deliver growth and jobs but government spending must continue through an improving economic cycle, the audience at Government/CBI’s ISC conference were told yesterday.

Business Secretary Vince Cable outlined the key achievements of the strategy to date, singling out the Employer Ownership of Skills programme, the Aerospace Growth Partnership, and the £1 billion Advanced Propulsion Centre among other government projects launched under the strategy to generate growth and jobs.

The Industrial Strategy (IS) was devised with five pillars – skills, sectors, a business bank, technologies and government procurement. The last pledged to give industry more visibility and reliability in the roll-out of big infrastructure projects like Crossrail and High Speed 2.

Dr Cable said the Employer Ownership of Skills pilot, or EOP, had proved very popular, and listed the National Grid and Everton Football Club among the winning bids announced in the Round 2 results last week. “We are trying to shift the centre of gravity away from skills providers to business. It’s a business-led approach,” he said.

A further £100m a year will sustain the EOP and try to absorb some of the high demand – Round 1 received bids worth £1.5 billion for a pot worth £240m, a six to one oversubscription ratio.

Unrelated to a specific pillar of the IS, the government has expanded the See Inside Manufacturing campaign, where school children visit factories, to cover 10 sectors of industry.

“It’s essential that we prioritse the attractions of jobs in industry,” he said. “It is a horrible problem we have that Britain does less than any other country in the developed world in recruiting women into engineering,” adding that he was recently heard that “less than half the state schools in Britain have a single girl doing A level physics,” a precondition to take an engineering degree.

Despite the good news, Cable said that industry and government should not “rest on its laurels”, a sentiment echoed by CBI director-general John Cridland. Mr Cridland said that he was impressed with the progress made by the industrial strategy to date, saying that at a recent speech by Prime Minister David Cameron at the Lord Mayor’s Banquet, the PM devoted a full 10-minutes to the industrial strategy.

Mr Cridland said “Signs of growth are coming through, evidence that the industrial strategy is working.” People are spending more money and house prices are rising, but he said “we cannot have growth that creates the same problem as before – an economy that is over-reliant on debt and consumer spending. The new economic growth cannot distract us from our course, of supporting British industry based on investment and trade.”

One risk is that the financial crash and recession “did a serious amount of structural damage, that included the semi-permanent loss of skills”. In the oil and gas industry there is a chronic shortage of engineers and consequently this sector sucks engineering talent from other sectors for a premium, destabilising those industries. Certain areas like computer science are revealing that the shortage of skilled people is critical.

Another consequence of the financial crisis was the hollowing out of supply chains.

“Economists often present me with evidence for why companies should come back to Britain, onshoring work which they do in Asia, including industries we thought we had lost like textiles. They want to come back, but it is difficult, as the people who buy their services and goods ask where are the companies here [in the UK] to meet their demand?”

Bank finance continues to be very tight, Cable said, particularly for start-ups and rapid growth companies where companies can’t finance themselves through capital markets or cash flow. “Such firms often lack the collateral that banks demand. We have had a 25% decline in real lending since the 2008 peak and the trend continues to be negative.”

But he said there are signs that lending is improving, with new lending institutions coming in, referencing the new Business Bank – a quasi-state bank in that will lend cheaply to challenger and qualifying lenders – but admitted “it is a very very real problem.”

He highlighted that “cash is king in a credit squeeze” and that there was “plenty of evidence that the large players in the market have been hoarding cash and smaller suppliers have had difficulty in getting paid.”

£500 billion is provided to firms in trade credit in the UK, he said, stressing the importance that the system works for both consumer and supplier in the equation.

“Cash is still king. There is plenty of evidence that the large players in the market have been hoarding cash and smaller suppliers have had difficulty in getting paid.” Vince Cable

Dr Cable said that most FTSE-100 companies had signed up to the Prompt Payment Code, a voluntary self-regulatory means of making payments within terms to suppliers. Knowing the Code was voluntary he added “all companies should take responsibility for paying their suppliers on time,” adding that government is trying to set an example in the public sector by settling invoices within five days and urged companies to do more to improve cash flow.

The business secretary set these challenges against the  progress of the IS to date, including more money to fund research and development in the automotive and aerospace sectors, an offshore wind and life sciences catapult, ringfencing of the science research budget in the 2013 Budget and industrial strategies for the oil & gas and construction sectors.

A summary of IS milestone projects to date will follow… 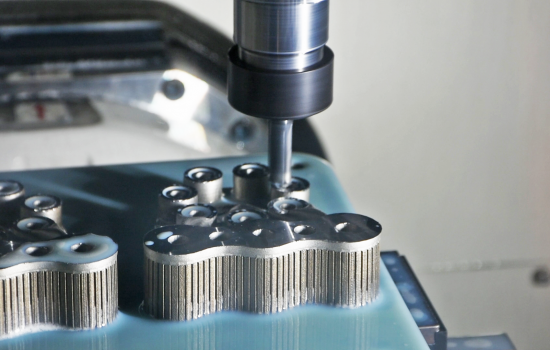