The Manufacturer Podcast: The obsession of a strong pound

In episode five of The Manufacturer Podcast, Leadership Series, we find out the true implications of a low valued pound and what that means for UK manufacturers.

Hi there listener! In this episode of The Manufacturer Podcast, John Mills from the John Mills Institute of Prosperity chats with our editor Joe about last months pound plummet. In a preview of a story you can read in full in the next edition of The Manufacturer Magazine, find out why a low pound isn’t necessarily a bad thing for Britain’s manufacturers.

And find out how our Multimedia Editor Tom fared as he swapped the pound for the dollar while out in Miami covering IFS Unleashed. He spoke with Christian Pedersen, Chief Product Officer at IFS, about some the trends he’s seeing within the sector.

There’s all that and more in today’s episode

John Mills on the obsession of a strong pound 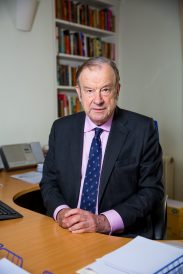 We’ve had this ethos for a few hundred years, going back to before the days of the gold standard. There’s always been a general perception that the stronger the pound, the better off the economy. In fact, when you analyse it, the reverse is true. A higher pound actually makes us less competitive, which means there is lower growth in exports and less investment. That results in lower living standards and lower productivity gains.

This perception was reinforced by the inflationary problems we had in the 1970s. Between 1977 and 1982 the exchange rate for the pound rose by about 70%. No wonder manufacturing (mostly operating in highly price sensitive international markets) as a percentage of UK GDP, went into a steep decline. At this higher exchange rate, swathes of manufacturing investments became unprofitable. Despite all the efforts to increase UK productivity, this is the reason why we’ve slipped down the international rankings. Something like 30 countries now have higher living standards than the UK, whereas 150 years ago, we were the preeminent country.

Policies introduced to stabilise the economy in response to the inflation of the 1970s, resulted in a rising exchange rate. This was not replicated in the east; countries in that part of the world got exchange rates down. The imbalance we’ve seen ever since has meant that economies in the east have grown significantly faster than those in the west. Our growth rate has steadily fallen and if we’re not careful, we’ll have no growth at all for the next five to ten years. 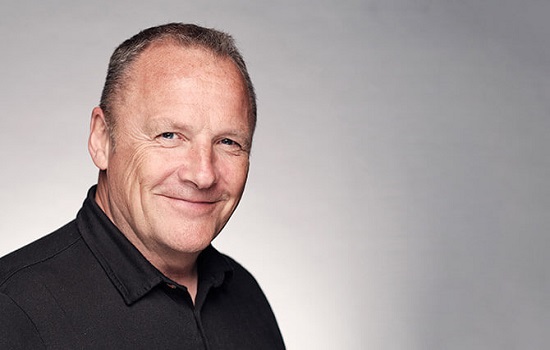 Personally, I think we see two different trends; we see companies that are focusing on it to fall in line with legislation – that’s one aspect of it.

And that’s obviously important because otherwise you’ll incur fines and all kinds of other things. The other aspect is what are we truly doing to reduce our offset? Because there’s a cost implication from it.

With business applications, ERP manufacturing systems and so on, indirectly, they have always been focused on being as efficient as possible. So, in some sense, there has been attention given to CO2 in an indirect way. Now, it becomes much more direct when you start looking at remanufacturing and the whole lifecycle of an asset.

There’s a lot of focus at the moment on digitisation and servitisation. Where today you produce products and you sell them, maybe in the future, you produce products and you sell them on a subscription. It’s been interesting to see that companies that make that transition actually start making better products with longer lifetimes, because now they need to maintain them, they still need to sell them on a subscription. More sustainable, longer-lasting products have a positive impact on the environment, so we’ll see a lot of these approaches in the years to come.

Look back at the highlights of IFS Unleashed 2022

Listen back to our previous episode in the Leadership Series