The Manufacturer: Top 10 factory visits of 2019

One of the many perks of working at The Manufacturer is the opportunity to visit manufacturing facilities doing all manner of exciting things the length and breadth of Britain.

Here, The Manufacturer editorial team list their most popular highlights, including the story of two dimwitted burglars who sawed the barrels off an antique shotgun (worth close to £60,000) to raid a post office for the princely sum of just £200!

1. How is every single link in the BMW supply chain being tightened?

How should manufacturers use digital technologies, in particular automation, to improve the internal supply chain – from Goods In to Goods Out?

BMW has embarked on a programme that aims to tighten every single link in their supply chain, external and internal, to create a model of manufacturing efficiency.

2. How did digital technology turn a suburban Cheshire factory into a world-beater?

Nick Peters paid the factory a visit to learn how.

3. Stoke-on-Trent: From ‘pits and pots’, to bits and bots

For centuries, Stoke-on-Trent has been regarded as the ceramics heartland of the world.

To keep pace with the demands of today, the city can’t rely on its industrial pedigree, it needs to offer cutting-edge technology and manufacturing excellence.

Johnson Tiles and Steelite International are just two of the local ceramics producers doing exactly that, as Jonny Williamson found out.

4. Airbus in space: There is no final frontier

The UK is Europe’s leader in space technologies, in both expertise and manufacture.

The furore over the UK’s possible exclusion from the EU’s Galileo GPS satellite project has obscured the fact that it is only one of the projects being developed here, as Nick Peters and Maddy White discovered when they visited Airbus Defence & Space in Portsmouth. 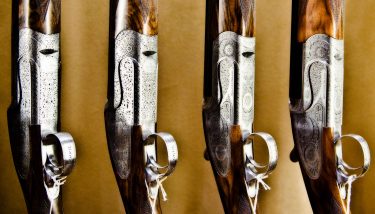 Modern British manufacturing is hailed around the world for its design and build quality.

But so too are those parts of British industry whose roots lie far in the past, and bear little or no relationship to the modern age.

Holland & Holland is one such company. Their bespoke, handmade shotguns are highly prized and highly priced, retailing for £250,000 each.

However, being in such demand does not shield them from the same pressures as everyone else in the sector, as Nick Peters discovered.

The businesses decided to investigate the possibilities of integrating industrial-grade additive manufacturing solutions within its design and production process. Today, the company utilises the technology for prototyping, advanced tooling and final part production – which includes producing flight capable parts.

Jonny Williamson visited the company to discuss how it achieved its success, and find out what the future holds.

The soft drinks industry is worth £16bn to Britain. Despite this contribution, the industry has faced challenges and criticism in recent years, most notably the furore surrounding the impact of sugar on health and its links to obesity.

Established in 1875, AG Barr is a UK soft drinks manufacturer that has embraced changing markets and culture, including calls for lower sugar levels, and has been highly innovative across its numerous sites.

With that strategy of change and adaptation at its core, along with its focus on people and processes, the company has big ambitions, one of which is to hit a turnover of half a billion pounds by 2022.

Maddy White visited the company’s Milton Keynes site to discuss its expansion plans, its moves to reduce sugar levels, and how technology can drive up quality.

8. Compound semiconductors: Can the UK retain its global dominance in the technology driving our future?

We are constantly regaled with how our future will be changed by advances in technology: 5G super-fast communications, autonomous vehicles, AI, and digital life at bewildering speeds.

Rarely do we stop to ask what will power this technological acceleration.

9. NP Aerospace: A bulletproof operation on the nation’s front line

In a quiet suburb on the outskirts of Coventry you’ll find NP Aerospace, a defence company manufacturing bomb suits, armour plates, ballistic helmets and customised vehicles for many of the world’s armies and law enforcement agencies.

Maddy White paid them a visit.

Maddy White dropped in to explore the future of cheesemaking.

If you’d like one of The Manufacturer editorial team to pay your factory a visit, drop us a line at [email protected] 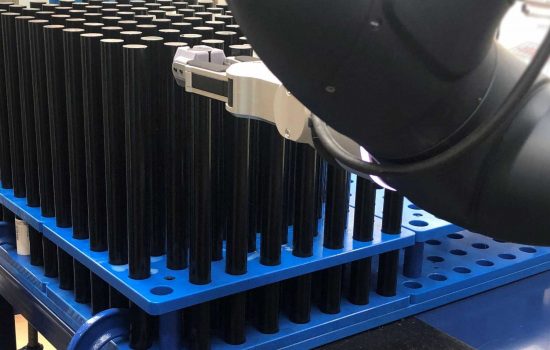