The state of UK manufacturing from the perspective of SMEs

The leaders of seven manufacturing businesses recently gathered to discuss the challenges faced by SMEs and the external support they use, or have used, to achieve their growth ambitions.

The key takeaways of which have been exclusively shared with The Manufacturer.

The discussion, organised by Economic Growth Solutions (EGS), was loosely structured around a handful of open questions, with each manufacturing business represented: well-established (more than 10 years old), an international exporter, employing 46 -260 employees, and turning over £1.4m – £10m.

What problems do SME manufacturers face? 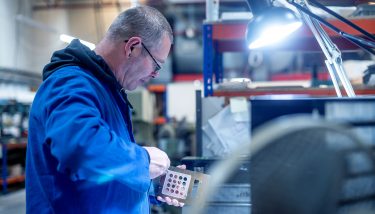 Given their relative size and reliance on OEMs, orderbook stability was a major concern.

“Despite having long-term agreements in place, demand changes far too frequently. In particular, large contracts with corporates can change very quickly and when that happens it leaves a huge hole in the order book,” commented one executive.

Unsurprisingly, skills were a major issue for almost all the businesses, either being able to recruit staff with the right qualifications/experience, as well as the right attitude, or struggling to find cost-effective ways of developing skills internally to make promoting from within less challenging.

Growth, while clearly being something to celebrate, can also be difficult to manage and brings issues relating to capital, skills, capability and a lack of vision.

Furthermore, as 100% capacity is reached, businesses need to relocate or extend their existing site. Relocating represents a significant change; extending is less risky but planning permissions can be difficult to acquire.

Several businesses highlighted that the biggest challenge was simply finding the time to do what needs to be done in order to improve. An issue which seems to crop up in almost every conversation I have with a manufacturer.

What prompts SMEs to invest in change?

There were several reasons leading the SMEs represented to embark on an improvement programme, from deciding to achieve a sector-specific accreditation to better serve an identified market, to a recruit joining the business with new skills, expertise or, if in a senior position, a vision for growth.

One business received an unsolicited but opportune visit from someone representing the government-funded GrowthAccelerator programme; while another developed a long-term business plan with Warwick Manufacturing Group that set the agenda for investments and improvements over the ensuing three to five years. 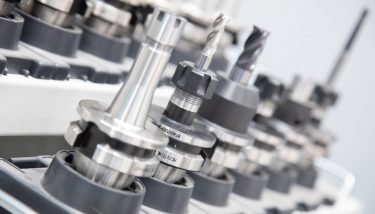 “The recession was a huge threat and we had to do a lot to adjust and react to it,” noted one leader. Another admitted that a major issue in the business’ history had made them take a long, hard look at what they did and they achieved it.

“I met someone who, after he got to know us, said that we didn’t have a strategy, or any direction, but that we just ‘turned up every day and reacted’. That was the beginning of teaching me what being an MD was about,” one leader commented.

Where do SMEs go for help?

For legal and financial matters, executives would appear to value the advice of accountants, lawyers and HR professionals; alongside leveraging peer networks for help with the future direction of their business.

Though some are delivering value, many initiatives and programmes appear to have flaws which directly impact the small businesses they’ve been set up to support.

Supplier development programmes, for example, require time and resource to get the most out of them, government-funded schemes were described as being “slow and bureaucratic”, and grant funding is often tied to job creation which isn’t necessarily in the best interests of an SME’s business, actively hindering productivity.

What support have SMEs received in the past that works?

Executives pointed to several initiatives that had benefitted their business, including R&D tax credits, Innovate UK and H2020 grants, professional networks, and direct support from a major customer to help meet specific sector accreditations or requirements, i.e. aerospace or nuclear.

Many of the business represented had undergone some form of management training, mostly short courses on specific subjects, to varying degrees of success.

Several of the businesses highlighted positive experiences of working with the Manufacturing Advisory Service, prior to it being unceremoniously wound up, as well as GrowthAccelerator/Business Growth Service and, more recently, the Manufacturing Growth Programme that is delivered by EGS. 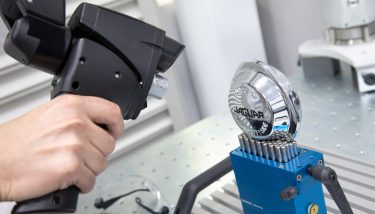 One leader noted that the support offered by the Department for International Trade had been largely stripped back, and they don’t have the funds to help reduce the risk or outlay of attending an international trade show.

Another noted that capex grants had proven to be very useful for their business, but no longer existed: “I want to invest in equipment that offers new capabilities and access to a new market, but I can’t currently afford the full cost, circa £500,000. I won’t take a loan from the bank, so I’ll wait two to three years until the price drops to affordable levels.”

Access to specialist technical facilities offered by universities was also raised, although one director noted that these are primarily geared up to dealing with large companies and that it’s relatively difficult for an SME to engage with them.

What support have SMEs had or seen that they wouldn’t use now?

Several of those present had been unimpressed with the advice given by their accountants – “Our accountants advised us that R&D tax credits weren’t relevant for our business, but I’ve successfully claimed funding,” – or consultants, “Even the good ones just give you a report, which I don’t have time to implement.”

One executive was particularly distrustful of banks, describing their relationship management as “poor” and noting that during the financial crash of 2008, “they came down very hard on us; I don’t want to borrow and be in the same position again.”

One executive reflected on the constant changes to both government support mechanisms and the people delivering them: “I don’t have time to keep up with it.”

Equally lamented were £3,000 grants, which one leader described as “pointless”, adding that they are too small to drive “significant change”.  “Growing businesses need a series of grants/support”, they added. 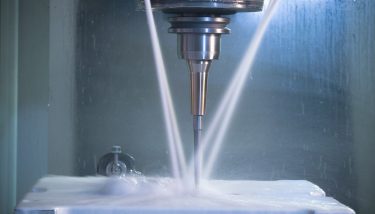 Most businesses are so busy keeping on top of day-to-day activities that they don’t have time to proactively think about how to improve their business; nor do they have time to search out someone who might be able to help them.

However, an approach by someone who understands their business with an offer that is of value to them, often provides a catalyst to embark on a programme of improving management practices and developing internal management capabilities.

The GrowthAccelerator support received by these businesses provides a good example of that. All the businesses that received coaching were strong advocates of the scheme.

These SMEs are typically quite demanding of external advisory support. They want advisers that have deep commercial experience, a genuine understanding of the problems that they face and the ability to bring new skills and thinking to their business.

They strongly felt that making significant changes didn’t happen overnight; effective support needed to extend over a period of months or years and this could require embedding an improvement specialist within the organisation for several months.

Additionally, they are looking to build a relationship with a trusted adviser over an extended period such that their adviser understands their business well and can proactively connect them to other support that is very relevant to their specific challenges at the right time.