Described as a Machine2Machine “milestone”, Thyssenkrupp’s ‘toii’ system is a play on IIoT (Industrial Internet of Things) and is pronounced ‘toy’ – indicating how the new platform makes linking various machines to existing IT structures far easier.

Toii was reportedly developed completely in-house by Thyssenkrupp’s software engineering experts and tailored to the specific requirements of its Materials Services.

The platform allows each machine to share data and communicate with one another and with IT systems. Processes can be planned and coordinated optimally and flexibly – across locations, worldwide.

Additionally, the platform simplifies data analysis, quickly and easily pulling up information such as which product has been produced when and in what quantities? Which machine needs maintenance? What could be developing into a problem? What additional materials need to be delivered?

Toii has reportedly already successfully proven its worth in several pilot projects. For example, at Materials Processing Europe in Mannheim, a new, highly complex cut to length line that cuts sheet from coil was fully connected with the platform.

As a result, toii now transfers work orders directly and in real time from the SAP system to the machine and controls its settings from sizes and weights to volumes. The platform also automatically retrieves the machine information required by SA, and the status of production and the finished products can be viewed at any time.

Other machines have also already been digitally connected and automated using toii, for example measuring the thickness of metal strips for effective quality control and automatic blanking. In the latter case, the platform even made it possible to fully integrate the blanking operation into a production line. Efficiency improvements are also being seen in other areas, from high-bay storage to mobile construction machinery.

Alongside various projects in Germany, there are already plans to deploy toii in the UK and the US. All data is currently hosted on a central server in Germany, but to comply with all data protection law requirements, local servers are expected to also be created in the UK and US as part of the further roll-out. 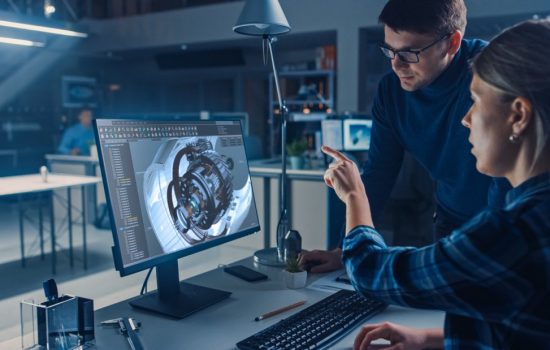