While ‘green’ cars were aplenty, the biennial show also offered some outrageous new concept cars from the likes of Yamaha and Mazda. Here are our top ten cars and concepts from the 44th Tokyo Motor Show: 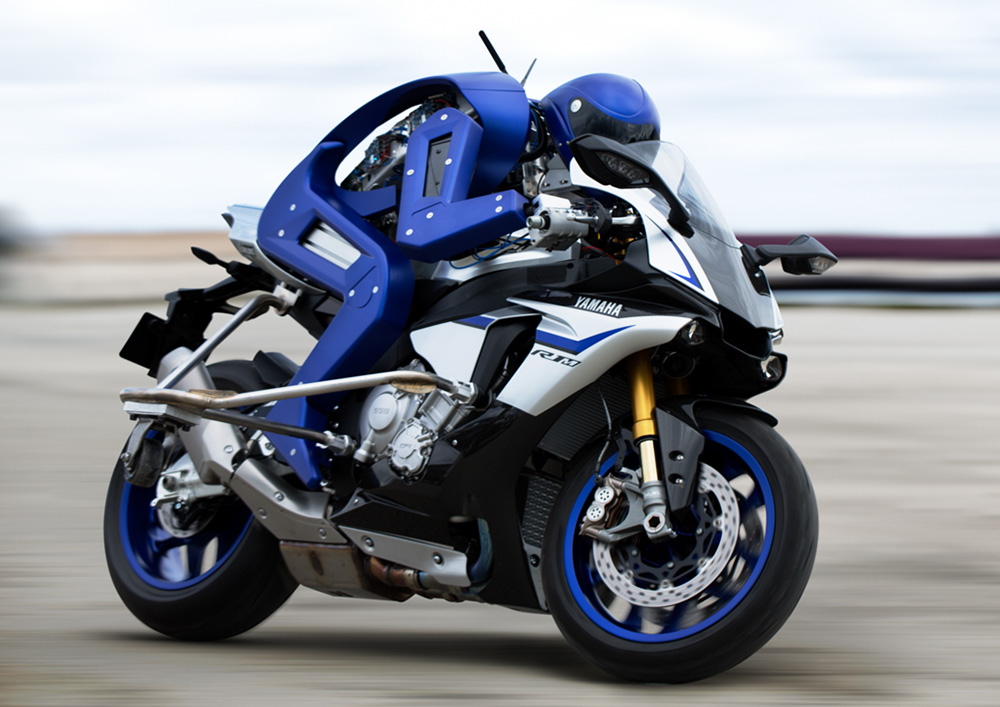 While it doesn’t fall under the category of a car, the Yamaha Motobot concept takes automated driving technology to another level. Displayed on Yamaha’s flagship YZF-R1, the Motobot is a motorcycle-riding humanoid robot. Yamaha aims to develop the Motobot to ride a motorcycle better than any human.

Peugeot-Citroën showcased its DS sub-brand in Japan for the first time, and Mercedes-Maybach is made a return.

Nissan unveiled a “Nissan IDS Concept” car at the expo. The model is a four-seater electric vehicle featuring a 60 kWh battery and carbon-fibre body.

The vehicle’s interior comprises natural materials such as mesh leather. The IDS Concept also features Nissan’s autonomous driving technology which integrates advanced vehicle control and safety technologies with artificial intelligence. The vehicle can be driven in either of the two modes: piloted drive or manual drive.

Honda has unveiled its latest iteration of the Clarity hydrogen fuel cell vehicle (FCV). This redesigned version will be available for sale (previous generations of the Clarity were only available on lease) for the first time and is slated to go on sale in Japan from March 2016, followed by launches in the United States and Europe. The sale price of the car in Japan will be JPY7.6 million ($63, 970) (including consumption tax).

The new model can seat up to five people and has a 33% downsized fuel cell stack compared with its predecessor. It can travel over 700km per full hydrogen charge, exceeding the 650km for rival Toyota’s four-seater the Mirai FCV, which has gone on sale in various parts of the world in the past year.

In addition, Honda has at long last unveiled the production ready NSX sports car, featuring a hybrid powertrain. Also at Tokyo, Honda launched a new Civic Type R in Japan, to be available from 7 December 2015.

The high-performance model is the first to feature the company’s newly developed 2.0L VTEC TURBO engine. It features an enhanced VTEC technology with direct injection and turbocharger technologies which produce a maximum output of 228kW and torque of 400Nm. Honda plans to sell 750 units of the model and is accepting order entries via its website from 29 October to 23 November 2015.

Mazda unveiled its latest sports-car concept, the RX-Vision. The front-engine model is powered with a next-generation SKYACTIV-R rotary engine, further details on which were not provided by the automaker. Speaking at the expo, Mazda’s president and CEO Masamichi Kogai said, “one day rotary will make a comeback”.

The handsome Impreza concept is showcased as a five-door model, while the Viziv is the third iteration of the concept platform and clearly more conceptual than the Impreza – featuring pillarless bodyshell, downsized hybrid powertrain, and autonomous driving technology – the design clearly influences the more production-ready Impreza. The Impreza is described as being the first of a new generation of Subaru models and is in-line with the company long-standing plan to enhance its brand and product offering by 2020.

Suzuki today announced that it has added eight reference and technology exhibits to its booth at the expo besides unveiling the Ignis compact crossover concept car. The automaker has showcased the production version of its iM-4 concept, which will take the Ignis name in Japan.

The model has already been confirmed for UK market sale, but a timescale and badge for the car in the domestic market is yet to be decided. Although the automaker hasn’t released details of the model’s powertrain, it is known that the iM-4 concept features a 1.2-litre petrol engine as part of a mild hybrid set-up. The concept car features four-wheel drive, and is based on a new lightweight platform aimed to improve handling and increase rigidity. Besides this, the automaker has also showcased two more concept cars – the Mighty Deck kei car and the Air Triser MPV.

Other key Japanese automakers like Toyota, Mitsubishi, Daihatsu also revealed their concept cars at the event. Toyota showcased its new hydrogen fuel-cell powered concept car, dubbed the FCV Plus. The concept is capable of generating electricity from hydrogen stored outside the vehicle – effectively turning it into a moveable power plant. Its energy can then be used to power local communities. Power comes from four in-wheel electric motors, with the hydrogen fuel cell stack mounted between the front tires and the hydrogen storage tank located at the rear.

The automaker’s luxury brand, Lexus, today revealed its flagship FCV concept car, the LF-FC, at the expo. The new sporty sedan embodies Lexus’ “L-finesse” design with an evolved version of Lexus’ signature grille and a new mesh design at the front.

The model features an advanced human machine interface that can be operated by simple hand gestures, without the need to touch a panel or controls, and automated driving technologies. It is powered by a high output fuel-cell power system which sends power to rear wheels, and also to two in-wheel motors in the front, making it an all-wheel-drive. Lexus will showcase a total of 11 vehicles at the expo, including the new RX premium crossover; the partially redesigned GS; and the GS F sports sedan.

All three models made their debuts in the United States earlier this year and are scheduled for launch in Japan in 2015.

Mercedes-Benz has revealed a new concept called “Vision Tokyo”, which is powered by a hydrogen fuel-cell and a high-voltage battery which provides the car a total range of 980 km (190 km battery, 790 km fuel cell). The futuristic concept will be capable of driving autonomously and is intelligently connected, keeping in mind the requirements of the future generations living in megacities. The interiors have been designed with an unconventional oval-shaped couch to seat five passengers, giving it a unique lounge ambience.

The models being displayed at this year’s Tokyo Motor Show reflect automakers’ medium- to long-term product strategies as they strive to develop alternative energy vehicles to meet future emissions legislation and rush to bring to market self-driving vehicles.

The Japan Automobile Manufacturers Association, the event’s organizer, along with automakers and other industry bodies, will be hoping that the show attracts at least as many visitors as it did in 2013, when 902,800 people attended the event, still less than half the peak in earlier years.

The show this year has gained more relevance in the wake of sluggish domestic demand rising from adverse effects of the consumption tax rise in April 2014. In the long term, the postponement of a further increase in consumption tax to 10% from the current 8% until April 2017 (originally targeted for October 2015) is forecast to support the Japanese market, at least prior to April 2017.

The Government also introduced 50% increase in Japan’s ownership tax for mini-vehicles in April 2015, hampering the sales of the segment. However, the effect of the latest tax rise is likely to be modest overall as the government has offered financial incentives on certain fuel-efficient mini-vehicles. Considering these factors, IHS Automotive has cut its Japanese 2015 light vehicle sales forecast to nearly 5.06 million units, which would represent a decline of 7.1% year on year.

Honda’s new Clarity FCV is a successor to the FCX Clarity, which the company has been leasing since 2008. According to the company’s operating officer, Toshihiro Mibe, the new Clarity FCV has reached the affordability range where a “fairly typical mainstream consumer could stretch to buy one and want this car to be the trigger for the hydrogen society”. Currently, the Toyota Mirai is the only mass-produced FCV.

Nissan and Daimler have also announced plans to launch their own models in 2017. Recently, Honda announced its plans to standardize chassis in its green vehicles in a bid to cut costs during development and manufacturing and put self-driving technology into commercial use by 2020. Honda will begin with small-volume production of the Clarity FCV at the Production Supervisory Unit and Powertrain Production Supervisory Unit (located in Takanezawa-machi, Japan), then eventually expand production volume and begin regular sales along with lease sales.

Tokyo is traditionally a showcase for advanced Japanese automotive technology and Toyota, Honda, and Nissan’s exhibits underscore the automakers’ technological advancements in hydrogen and autonomous driving. While there is still much ground to cover in bringing autonomous technologies to the market safely, legislation in Japan is expected to be at the forefront of its commercialization as they plan to legalize their usage in the region prior to the 2020 Olympic Games to be held in Tokyo.

Nissan’s new concept vehicle uses enhanced features that can boost confidence in both drivers and pedestrians. For example, the IDS concept has various exterior lights and displays to convey the car’s intention to pedestrians. There is an electronic display to flash messages such as “After you” to pedestrians and an LED body line that turns white to assure pedestrians that the car is aware of their existence.