2016 has been one of surprise and turmoil for UK manufacturers with largely unexpected outcomes in both the EU referendum and the US presidential elections. These geopolitical events contributed to an unprecedented level of uncertainty surrounding international trading relationships, as Dom Tribe explains.

Manufacturers that took the precaution of developing contingency plans during the first half of 2016 were able to minimise short-term damage to their business and supply chain models in the immediate aftermath of the Brexit vote, when the value of sterling plummeted.

Some were able to hedge against these currency movements and others were able to make supply chain adjustments; switching where they buy and sell products or raw materials in order to protect their cash position.

Despite the impact of the vote and its potential to disrupt trading activity in the world’s biggest export market, some manufacturers preferred to adopt a ‘suck it and see’ strategy initially. Since then, these businesses have been playing catch up.

In some cases, the prospect of an end to zero-tariff trading and restricted access to low-cost workers is forcing them to consider making radical changes to the way they do business; redesigning their supply chain and altering their operating model.

The announcement of Trump’s presidency in the US has brought a fresh wave of uncertainty to global supply chains. During his election campaign, he promised punitive tariffs for importers and new trade rules and he has already announced America’s withdrawal from the Trans-Pacific Partnership.

For manufacturers supplying goods to the US marketplace, it will be vital to have a risk management framework and contingency plans in place to guide their decision making in the year ahead and to ensure they are equipped to respond quickly.

For example, it may be appropriate for more late-stage customisation to take place in the US, which could help to minimise the impact of tariffs in the future. Those sourcing large volumes of materials or components from the Eurozone or the US may seek to secure alternative suppliers based in the UK.

Looking ahead to 2017, further currency volatility and geopolitical events seem likely. In addition, the uncertainty surrounding tariffs and global trade rules is ongoing. To prepare for this, manufacturers should be stress-testing their supply chains to identify areas of risk and putting in place scenario-based plans to deal with them. Failing to do this could leave them exposed to effects that could quickly start to undermine their profitability and productivity.

Staying close to suppliers will also be important in the year ahead. While it might be unrealistic to strike up a direct relationship with every supplier, businesses should stay close to those at the Tier 1 level.

In this way, they can make sure best practice policies and procedures are being followed and potentially learn more quickly about any issues in the pipeline; something that comes from well-forged, collaborative supplier relationships.

As Brexit negotiations get underway, restricted access to low-cost labour is also an important risk area. For manufacturers that rely heavily on un-skilled, low-cost labour from the EU, it may be necessary to review their operational footprint or consider increasing investment in automated solutions.

During Q1 2017 many CFOs and CPMs will be embarking on budget-setting exercises for the next financial year and it’s even more important than ever that they base their decisions on robust data and accurate forecasts.

These findings are based on the assumption that current market conditions continue – a low-growth economy with rising inflation and broadly stable exchange rates. To tackle this, manufacturers may need to strike agreements with suppliers to share the impact of cost increases and, if possible, extra time should be allowed for this.

Applying some fresh thinking and planning ahead with due care and attention could enable some manufacturers to gain market share in the new world of global supply chain management that is now opening up. 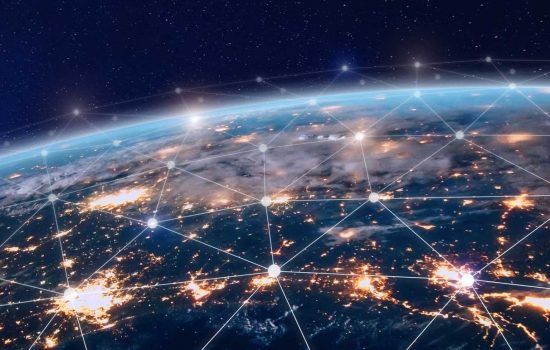 What is neural supply chain management?