Up to £170m of government funding will go to energy-intensive industries like glass, steel, ceramics and chemicals to help them develop new green technologies and create the world’s first ‘net-zero’ carbon cluster of heavy industry.

The funding, which is expected to be backed by industry, will go towards helping energy-intensive businesses to share expertise and come up with radical new innovations to help reduce their carbon footprint.

The announcement came at COP24 climate talks in Poland. The United Nations-sponsored summit is the first to be held since an Intergovernmental Panel on Climate Change (IPCC) report in October recommended limiting global temperature rises to 1.5C by 2030.

In that report, the IPCC said that to keep to the 1.5C goal, greenhouse gas emissions would have to fall by 45% by 2030.

Carbon capture, usage and storage (CCUS) technology will be critical in making those heavy industry become greener. It’s estimated that industry is responsible for around a quarter of all UK’s GHG (greenhouse gas) emissions.

Two-thirds of these industrial emissions come from energy intensive industries like steel and glass, which are often located together in clusters.

The so-called foundation industries (steel, glass, ceramics, chemicals) will be given up to £66m as part of the Transforming Foundation Industries through the Industrial Strategy Challenge Fund to develop radical new technologies and establish innovation centres of excellence in these sectors.

Commenting on the Transforming Foundation Industries investment and the proposed net-zero hub of heavy industry, UK Steel Director General, Gareth Stace, said it was a positive move towards decarbonising the economy:

“At last we have the right policy framework, and vitally £66m of funding available, to start addressing these challenges. The Transforming Foundation Industries challenge fund will inject significant new public and industry innovation funding into the steel sector.

“There are many different pieces to that puzzle, and the steel sector is certainly not short of challenges, but I am certain that innovation sits at the heart of solving it and this fund is a vital platform on which to build.”

Recent reports on global warming have made alarming headlines about the state of the planet. Last month, the UN Emissions Gap report 2018 said that CO2 emissions increased in 2017 for the first time in four years and that GHG emissions “shows no signs of peaking.”

It said that global GHG emissions need to be approximately 55% lower than their 2017 levels by 2030 in order to limit global temperature rises to 1.5C. The UN say limiting temperature rises to below 2C would ensure the most destructive effects of climate change such as severe flooding and droughts don’t emerge.

“As an energy intensive sector, this kind of innovation is a high priority for the industry,” Cohen commented, adding that the investment “represents a statement of intent, to work together to develop the future of manufacturing in this country.”

The government said investment in CCUS technologies will be critical in making heavy industry sectors like steel and ceramics become more sustainable, and in making Britain a leader in green technology.

Recently, it announced a plan to have the UK’s first carbon capture usage and storage (CCUS) project up and running from the mid-2020s. They also promised to invest up to £315m in decarbonising industry, with a potential to use CCUS technologies.

The COP24 talks ends today. Speaking at the summit, Sir David Attenborough called climate change, “Our greatest threat in thousands of years” and called on the world to act. He said if we display inaction, “the collapse of our civilisations and the extinction of much of the natural world is on the horizon.”

The price of plastic: Taking control of raw material costs 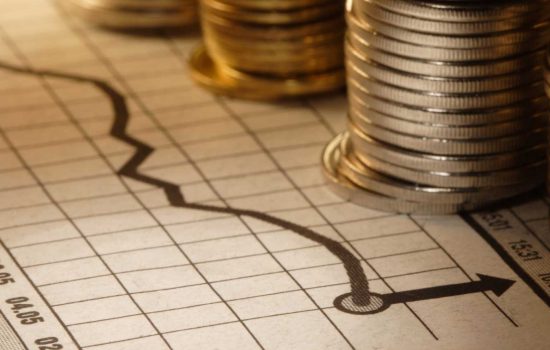 Companies need to prepare for IR35