UK: innovate and be rewarded

William Garvey, managing director of Leyton UK, tells Ruari McCallion that the UK’s manufacturers may be cleverer than they realise. They should be rewarded for it and he knows how to get it.

What do you call someone who doesn’t get paid as much as he or she should for developing clever ideas? A British manufacturer.

The UK has a global reputation for innovation and inventiveness, but we seem to be awful at commercially exploiting it.

William Garvey, managing director of Leyton UK, thinks that we tend to underestimate how clever we are, at least from the perspective of making the most of government incentives.

“Engineers often don’t realise that what they are doing could qualify for financial support from the government,” he said.

“We have a group of experts, including engineers and scientists, who go along to companies, look at what they are doing and help them to identify what is innovative, and how to claim what the government is offering.”

Salt and sugar have been raised as important issues in the food industry and continue to pose technical challenges in their reduction to meet the growing demand by the public.

The process that a food manufacturer may go through to reduce the salt content of their products could well qualify for research and development (R&D) tax credits, for example.

“How products are developed is often innovative. Benchmarking – working out how competitors are doing something and then striving to better it – that often ticks all the boxes for qualifying for incentives, albeit potentially more difficult compared to new product innovation,” he explained.

“Sometimes, we in the UK are too humble about what we have.” That could indeed be so, especially if part of the process of product development, benchmarking and improvement could actually be classified as R&D. 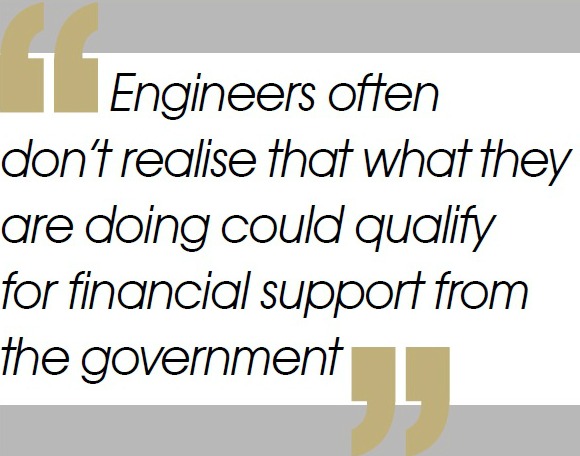 But then you come up against the potential rub: if the government is involved, isn’t it going to be complicated, bureaucratic and more trouble than it’s worth?

“The government is saying, in effect, that you are entitled to this: tell us how you are entitled,” Garvey said. “The system is very effective in terms of processing and querying.”

Leyton has staff who are able to help companies to process applications, as well as identify what they are doing that qualifies. They are there to help guide clients through the minefield.

“Part of the R&D tax credits scheme rewards innovation and efficiency, as well as ground-breaking R&D, and it is particularly generous to SMEs, who can get a higher percentage of relief and receive cash when they are loss making,” he continued.

“One of the recent changes, to R&D Expenditure Credit (RDEC), also allows large companies to claim relief above the (tax) line in the P&L as a grant, rather than tax benefits.”

The significance of this new regime is that it affords large companies with a similar cash benefit when loss making, but also signals to the world the UK’s determination to attract top innovative companies. 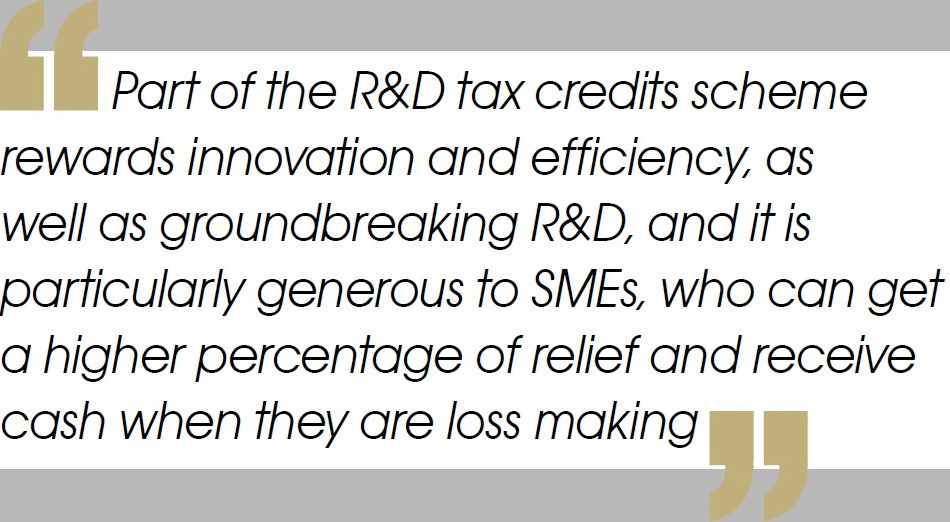 On the reverse side of the UK’s initiative to reward innovation, the Patent Box encourages businesses to patent their original ideas, by giving tax incentives on income generated by them, wherever the income comes from.

“The Annual Investment Allowance has been successful in encouraging people to look and ask if they can take advantage,” said Garvey.

“R&D tax credits, R&D allowance and Patent Box should be providing tax payers with additional, if not better alternative, treatments of qualifying the costs of innovation.

“We are pleased to help our customers realise what sort of innovative activities they are already doing, and to help them get their rightful benefit for it.”

In conclusion, the UK is the right place to innovate and the government seems to be very determined to get it right by continuously working with the relevant stakeholders, including specialist advisors like Leyton.