UK manufacturers turn to their own workers to boost productivity

A chronic shortage of suitable people entering the sector is leading industrial businesses to look within their own four walls to achieve their growth aspirations.

More than half of UK manufacturers (54%) believe it is now more difficult to find skilled and motivated people than it was 12 months ago, with 24% describing it as ‘much more difficult’ and a further 30% finding it ‘somewhat more difficult’. 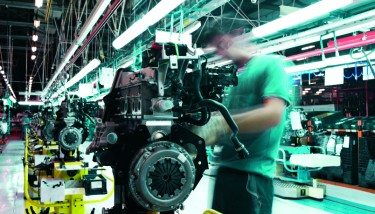 Just 4% responded that they found it easier to recruit now than a year ago.

In response to being quizzed about their growth aspirations, a fifth (20%) referenced an urgent need for certainty on Brexit, while worryingly 15% defined ‘survival’ as their ‘immediate aspiration’.

Simon Howes of SWMAS said: “Overall, UK manufacturers are seeking stability in the face of this challenging business climate, and are developing people, processes and new products in order to overcome adversity.”

Those who are still recruiting are finding this more difficult due to factors such as local talent shortage (26%), negative attitudes of candidates (16%) and unrealistic salary expectations (13%).

Despite this very real problem, manufacturing bosses are taking a pragmatic approach and looking at what they already have by way of people, processes and products, and seeing how all three could be improved 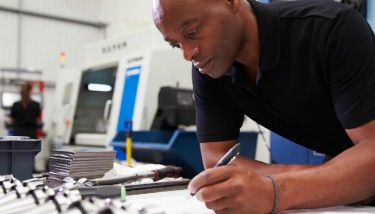 This is reflected in manufacturers’ staffing plans, with nearly 70% reporting that they will be deploying strategies to support the development of their existing workforce.

When asked ‘What are your main staffing strategies for the next 12 months?’, a quarter responded they would focus on ‘upskilling existing staff through training’.

Just 12% said their main focus for the coming year would be ‘recruiting new permanent staff’.

Turning to business performance, the Manufacturing Barometer found that while the percentage of firms reporting ‘much increased’ turnover and profits was broadly flat compared to previous years, the amount saying their turnover had ‘greatly decreased’ had spiralled sharply, from 17% to 31%.

Projected increases in turnover for the next six months revealed that just 51% believed they would see ‘much increased’ sales compared to last year’s 64%, with 22% fearing their sales would be ‘much decreased’ – more than double last year’s 10%.

Case study – how apprenticeships shape the future of manufacturing