British manufacturing has continued its climb up the global rankings as the UK continues to enjoy an industrial renaissance, according to facts and figures published today by EEF and Santander.

Launching the 2016 manufacturing fact card, the data shows that Britain is now the ninth largest industrial nation with an annual output worth $247bn.

This accounts for some 10% of Gross Value Added for the UK economy, while manufacturing accounts for 14% of business investment and 68% of Business R&D. 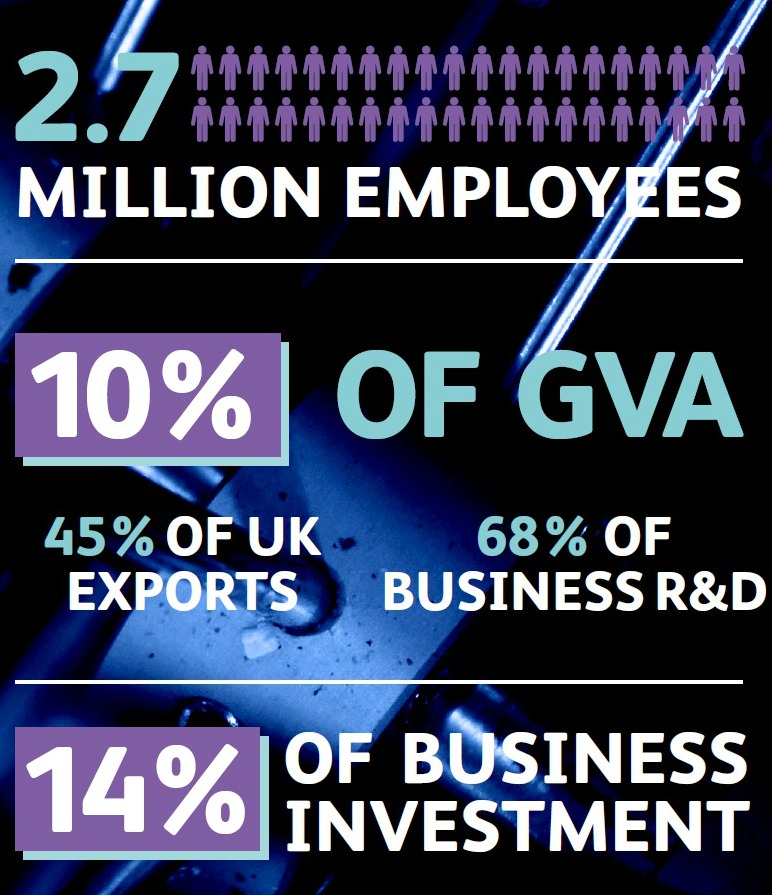 This positive picture is reflected in data on employment and earnings where, according to the OECD, UK manufacturers have outperformed any country except the US for job creation since 2010; while since 2013 average earnings have risen by 3%, twice the rate of the economy overall.

In contrast to common perception, manufacturing also offers high value, well-paid jobs, with average earnings of £31, 489 p/a compared to £27,607 for the whole economy.

The picture of what constitutes modern manufacturing is reflected in the sectoral contribution to output and focus on innovation.

The largest individual sector is food and drink (17%), while the chemicals and pharmaceuticals and transport sectors both account for 14% of output each.

Chemicals and pharmaceuticals is also by some distance the largest individual sector driving innovation, spending over a third of the total annual manufacturing R&D.

The changing picture of modern manufacturing is also reflected in the regional picture with London and the South East the biggest manufacturing region, producing almost £28bn output. 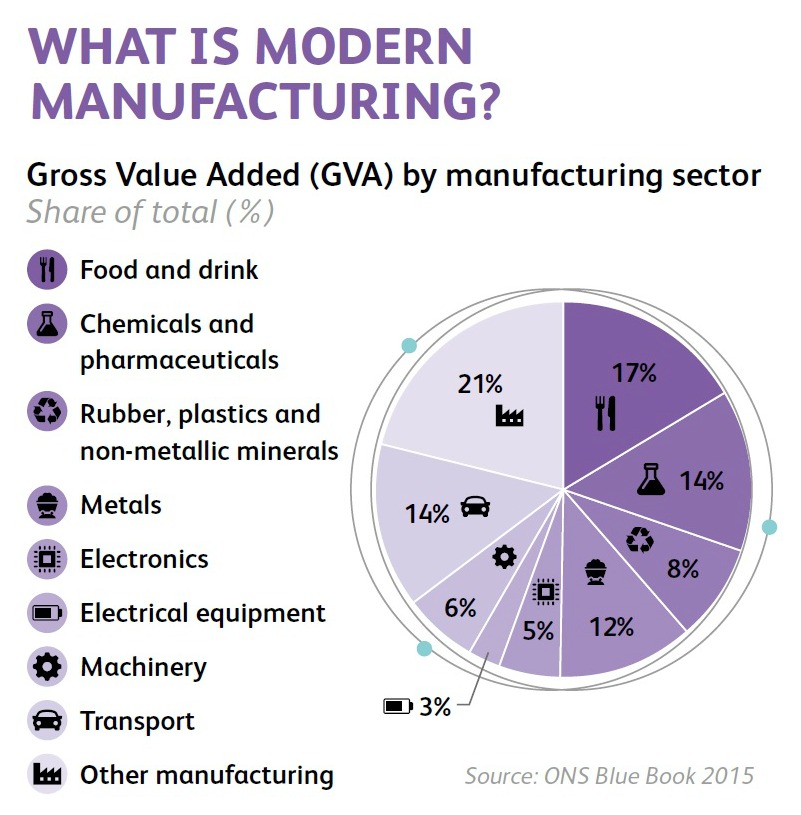 The more traditional powerhouses of the North West (£23.7bn), West and East Midlands (both £16.4bn each) remain significant contributors, however, being particularly strong in the Aerospace and Automotive sectors.

Chief economist of EEF, Lee Hopley explained: “Given the importance of manufacturing to the economy, it’s vital that we educate all stakeholders about its real value and contribution to growth.

“This is especially important in a post-Brexit world where we have to look at possibly all new avenues of generating growth and investment.”

Head of manufacturing, Santander Corporate & Commercial, Charles Garfit commented: “It is interesting to see that there has been growth in the non-traditional sectors and regions showing the increasing importance that manufacturing has across the country.

“However, to build momentum on this renewed optimism, manufacturing businesses in the UK must look at the opportunities beyond our own borders to extend their growth potential.”