UK poised to be biotech leader

The amount of capital invested alongside corporate venture capital (CVC) into UK companies increased six-fold between 2010 and 2015, marking a fundamental shift in how start-up British biotech is funded, new research has shown.

Corporate venture capital, where pharma companies invest their own funds in emerging start-ups, is now established as a key source of capital for biotech innovation in the UK, according to research by the Association of the British Pharmaceutical Industry (ABPI).

In recent years, there has been a significant increase in CVC investment in UK biotech. The amount of capital invested alongside CVC into UK companies increased from an average $105m a year in 2008 – 2010 and rose to $647m in 2015, a more than six-fold increase.

By being prepared to invest early, take higher risks and stay in investments longer, CVC investors are a critical form of financial support for biotech start-ups at every stage of the company’s development.

Since 2000, more than $34bn of investment has been made by pharma corporate equity investors and their syndicate partners in biotech companies globally.

The report says that action needs to be taken by industry, the research community and government to encourage CVC investors to develop a presence in the UK and to strengthen capacity and networks.

The evidence shows that CVC has a multiplier effect, acting as a magnet for other forms of investment.

Are you looking to install or update an ERP, BI, CRM, FSM or SCM system?

The Manufacturer Connect ensures your business can assess and purchase the correct IT system in a cost effective and time efficient way.

Now in its ninth year, this one-day event has already helped hundreds of manufacturers find the right IT system for their next stage of growth.

Free to attend for all project leaders, The Manufacturer Connect offers unrivalled insight and in-depth knowledge on what the latest IT technology and innovations could do for your business, saving you months of costly and laborious research with the unique Connect event formula. 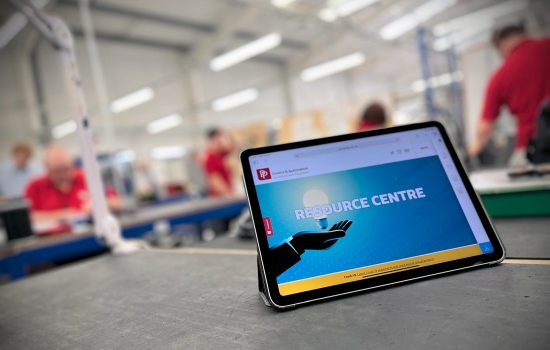