UK productivity falling behind the G7

David Atkinson, head of manufacturing for Commercial Banking at Lloyds Bank looks at a recent survey into productivity and the risks for UK businesses

Understanding the Puzzle, a report by Lloyds Bank and the Manufacturing Technologies Association, has shown that the UK is in danger of being left behind the other G7 countries when it comes to productivity. The report indicates that lack of investment in technology, people and innovation is the root cause, but a more worrying insight is that only 28% of manufacturers surveyed believe it is an issue for their business. 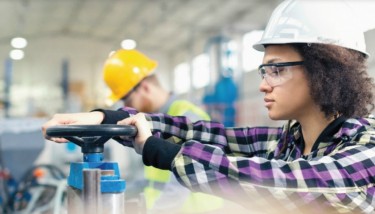 David Atkinson, head of manufacturing for Commercial Banking at Lloyds Bank, said: “Productivity is one of the defining economic issues of our time. The UK’s low level of productivity compared to its G7 peers remains a problem and it is crucial that we seek to understand how businesses view the problem so that we can try to fix it.”

He added: “UK firms do recognise that productivity is an issue for the wider economy, but this research indicates they are less convinced there is a problem within their own businesses. While many firms do have a plan in place to boost productivity, most are not investing enough to overcome the barriers to productivity growth.”

According to the report, which surveyed more than 1,500 business from across the UK, just under 59 per cent of manufacturing firms recognised that the fall in productivity as an issue for the nation’s economy, but with almost three quarters of business not acknowledging the part their own business plays and only 66% having any sort of plan to boost productivity, Britain may lag behind even more over the next few years.

Investment or lack thereof was one of the most common factors reported in the survey as an inhibitor of productivity. Over half recognised that their own lack of investment has hindered productivity, but with 47% planning to freeze spending, 12 per cent planning on making cutbacks and only 41% planning to boost investment, this seems set to remain a key area of concern.

The low levels of investment seem to be due to a variety of reasons but Brexit still looms over Britain’s prospects over the next few years with 45% of manufacturers remarking that this was the single biggest risk to investment plans. A quarter of respondents (27%) said that their main request would be for the Government to maintain economic stability. 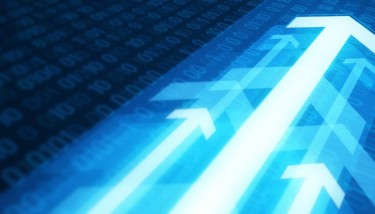 The report also points out other areas where the Government could give productivity a boost, including investment in science, innovation and skills. A further fifth of respondents said that tax incentives that promote investment into the business would also help.

Overall manufacturers would invest in skills and infrastructure but by far the biggest investment would go into production machinery.

Almost two thirds of respondents cited a skills shortage in the labour market as a key reason why productivity in Britain has fallen. This coupled with the 16 per cent who felt that there is a lack of available people to invest in shows the continuing need for a skilled labour market.

Lloyds Bank continues to promote productivity amongst the manufacturing sector through a range of activities, and Atkinson added: ““We continue to work with our clients, gaining more and more understanding of their issues and finding new ways for us to promote success in the sector. That is why – through our Helping Britain Prosper Plan, which includes our committed £4bn of new lending to manufacturers over four years, has been delivered six months early to help our businesses to thrive.