Posted on 4 Dec 2018 by The Manufacturer

Barclays' Head of Manufacturing may be relatively new to the sector, but Helena Sans has very quickly learnt that skills is one of the biggest issues facing UK businesses.

There may not be a shortage of expressions regularly employed to describe the UK skills shortage – skills gap, talent deficit, brain drain; but there is most certainly a shortage of potential new candidates:

The issue is being compounded by the publics widely inaccurate views of industry and what a related career actually entails.

A recent poll of more than 2,000 UK adults found that most people agree that the UK cannot tackle future problems without a strong manufacturing base and view industry as playing an important role in securing our place in the global economy.

Yet at the same time, less than 20% of parents would encourage their children to work in manufacturing, believing the sector to be dirty, monotonous, low skilled and poorly paid.

But on the contrary, average weekly wages in manufacturing – £600 – are actually higher than the UK average of £516 per week (ONS).

The public’s lack of awareness becomes starkly apparent when you consider that many people believe the UK to be ranked 56th in the world in terms of value of products made.

In reality, the UK hasn’t been out of the world’s top 10 industrial nations for the past decade and is currently sat at ninth.

Against such a challenging backdrop, it’s so fantastic to hear of companies adopting innovative approaches to help address the root cause – namely, the publics’ misperceptions of what a career in industry actually entails.

Rather than produce a long list, I wanted to highlight a few that I’ve had the privilege of being involved in or witnessed first-hand.

The Marches Centre of Manufacturing & Technology (MCMT) is a £4m employer-led advanced engineering and automation training centre based in Bridgnorth (Shropshire).

The centre officially opened its doors in November 2017 and was set up in an effort to reverse the skills and competency gap, to bring training opportunities back to the region and to help drive economic growth.

The MCMT is run by a consortium of local businesses, including Classic Motor Cars, Grainger & Worrall, In-Comm Training, and Salop Design & Engineering, who successfully bid for funding via the Marches LEP.

Equipped with an array of cutting-edge equipment, including dedicated fabrication, foundry, lathe, metrology, milling, robotics and vehicle trimming sections, the centre provides a real-world environment for apprentices to learn from engineering experts on the latest technology.

The site features an auditorium and break-out classrooms, and recently organised its first ‘summer kids clubs’ for 9 to 13-year olds, offering future engineers and scientists the chance to use traditional and modern tools, including, CAD, 3D printers and programmable controllers.

According to its managing director, Matthew Snelson, the MCMT offers the perfect blueprint for other companies to follow. He’s quoted as saying: “If we continue to sit back and wait for others to solve the skills gap, then we’re going to fall short of where we need to be.”

Opening the door of opportunity

The majority of the MCMT’s activities are geared towards apprentices – i.e. those who are already aware of the fulfilling and rewarding careers manufacturing offers; but, what about those who aren’t yet aware?

That’s why it was so great to be involved with the inaugural Bradford Manufacturing Week (8–12 October), the success of which provides a template that other regions and cities are sure to follow.

Launched by the Bradford Chamber of Commerce and sponsored by Barclays, Bradford Manufacturing Week aimed to create more inspired, informed and ‘work ready’ applicants into the sector.

In total, more than 3,000 manufacturing experiences were created over the week, with more than half of local secondary schools participating.

Recently I had the privilege of receiving a guided tour of EEF’s Technology Training Centre in Aston, Birmingham, from Mark Farrant and Fiona McGarry.

Designed to replicate real-life modern manufacturing and engineering workplaces, the facility not only offers training for apprentices on the first step of the industrial career, it also allows employers to train upskills their existing workforce. As such, the centre is playing a pivotal role in helping to deliver the vital technical skills UK manufacturers are calling out for.

When discussing the national skills agenda, it can be all too easy to focus on the negative. Yes, we face a serious shortfall, but dwelling on it isn’t going to help address it.

Initiatives like the MCMT, Bradford Manufacturing Week and the Aston Technology Training Centre demonstrate the importance – and societal and economic benefit – of action, and I’d be very interested to hear any other examples you might be involved in or know about.

I look forward to kicking off 2019 with a full day’s insight at our National Manufacturing Conference from speakers across industry, education and government, and how each is seeking to solve the skills problems, held at the Marches Centre.

At Barclays we’re adding to the debates and conversations – see what we’ve been up to recently: 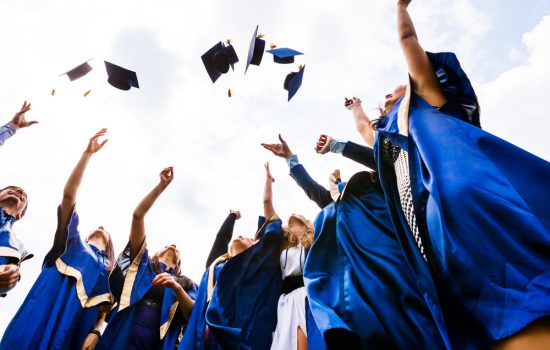 NMITE opens for business and launches search for 50 future engineers