What will winning an award do for your business?

The company had been driving improvements in the business through investment in IT and skills, with 140 employees developed via apprenticeships.

With many successes under its belt, including the quick time it took to achieve aerospace certifications AS 9100 and SC21 bronze award, Castle felt that it needed to hoist a flag, communicating what they have done to current and potential customers and celebrating the hard work of staff.

Revisiting the wins in the run up to the The Manufacturer’s 2012 showcase, Yan Tiefenbrun, company director at Castle Precision Engineering, says “Employees can go home to their families and say ‘I am part of one of the best manufacturing companies in the UK’. That is something they are proud to be part of, and it is something usually reserved for large enterprises.”

Mr Tiefenbrun explains: “We were elated to have won both the SME and Manufacturer of the Year Awards in 2010. The awards were the culmination of many years of effort and represented the ultimate acknowledgement to the professionalism, skill and excellence that we apply to every aspect of our business.”

But is an award just a fancy piece of paper and a plaque on a wall? With companies more lean than ever before and the recession meaning that more work is being carried out by less people, time is precious. Is there a clear return on investment?

Looking back, Tiefenbrun believes that it had a positive impact on productivity levels and helped them to win new business. “Winning the awards spurred us on; not only to sustain the very high standards which had been attributed to us, but to go further,” he says.

Tiefenbrun adds: “For Castle as an SME, the award provided a great commercial vehicle to significantly raise the company’s profile above the crowd and win new business. The award delivered an instant differentiator between us and our competition that all the key stakeholders could relate to and wanted to be a part of.”

The company director, the third generation of the founding Tiefenbrun family to join Castle, says that there has been a rise in the number of job applications to work at Castle, and puts this down to its awards.

The sharply-dressed man with manufacturing in his blood concludes, “Having the reputation of a Manufacturer of the Year has further enabled the business to attract high quality people, suppliers, partners and customers; bringing further success to our company.”

Click here to find out how to enter The Manufacturer of the Year Awards 2012. 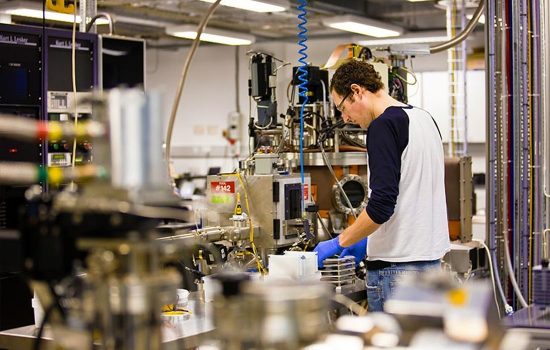 Manufacturing challenges? The solution is smarter than you think