Why UK manufacturers need to be attention seekers

Manufacturers are notoriously bad at blowing their own trumpets. Peter Marsh explains why firms should take every opportunity to tell the world what they do.

Moises Aramburo has gained a “new chance at life” through an impressive UK technical innovation. Susanne Clarke has discovered new opportunities in a career at a mid-sized engineering business in South West England. And Sarah Black-Smith has become a top proponent of how digital technology can change the face of manufacturing.

I’ve learned about these people by looking at the websites and related digital material of three UK-based companies. All have risen above the generally lacklustre standards of UK manufacturers’ use of new internet-based ideas in marketing and promotion.

The world of websites, online videos and social media offers a huge number of possible ways for companies to tell people what they do.

The opportunities are particularly potent for manufacturers that are in many cases making spectacular products using clever and (at least potentially) visually appealing technologies.

Through such means, manufacturers should be able to encourage more customers to buy their products and services, and also to make themselves more attractive to new recruits.

Yet when it comes to an online presence many manufacturers’ approach is woeful. The result is unappealing websites – with poor design and jargon-ridden language – that seem more likely to deter outsiders from taking the company seriously than to trigger interest.

But among the depressing examples, a few businesses shine, and offer lessons for the others. Touch Bionics, based near Edinburgh, is a global leader in making prosthetic hands – substitutes for missing upper limbs and fingers.

Moises Aramburo lost the fingers of one hand after a horrific accident. He now has a new set of bionic fingers, each a wondrous fusion of advanced electronics, tiny electric motors and novel plastics.

The calmly spoken 24-year old is shown in a company video undertaking activities from para gliding to cleaning the car. He also discusses his accident, its emotional and physical after-shock and, more cheerfully, the positive impact of his new “robot” hand.

“I’m not held back by anything,” he said. As an illustration of how technology can change lives, the story is hard to beat.

Susanne Clarke is a design engineer at control equipment maker MGB Engineering. She is among several people in a well-crafted video on MGB’s webpages describing its effort at opening itself up to new employees, especially the talented women who many engineering companies say they struggle to attract.

In this context Sarah Black- Smith – a youthful manufacturing manager at the UK drives division of Siemens – is a rising star. In a short and informative Siemens film about how computer techniques are changing manufacturing, Black-Smith is an impressive narrator.

Anyone watching these videos is likely to think the company involved is worthy of attention, no matter how minor. This is what Alaina Chesney, digital marketing manager at Oldham- Constant, is trying to encourage among people who look at the videos and other materials that her company transmits electronically.

Since she arrived at the family-owned sheet metal company two years ago, Chesney has overhauled the way the business approaches communications. She uses a mix including “how it’s made” video case studies; social media messages; blogs, and targeted emails.

“We know we’ve got to get our brand into people’s mind-set and digital technology is a great way to achieve this,” she said. The result has been a “noticeable increase” in customer inquiries, some of which have translated into new orders.

Businesses thinking of revamping their approach to this aspect of marketing almost certainly need help – either through engaging an outside agency or recruiting one or more employees with the relevant skills.

While these efforts can take some time, company bosses can make a start by taking a searching look at their company’s current stock of promotional material, whether it is available online or in a traditional format.

If the answer to each – as it is in many UK manufacturers is “yes” then it is time to rethink how the business engages with the world.  Or before too long, the world will decide, probably quite rightly, that it no longer has much need for the company.

Before anyone gets too depressed at the current state of UK manufacturers’ marketing, it is worth sounding a more upbeat note.

A new category of small companies is starting to have an effect on the UK manufacturing scene. Many have their roots in the “maker movement”, “micro” businesses often started by young people with a design, craft or technology background and who may have used shared and collaboratively run work spaces as places in which to start.

In keeping with their fresh approach to production and sales, many of these businesses organise their websites and other digital platforms in a bright and appealing way. 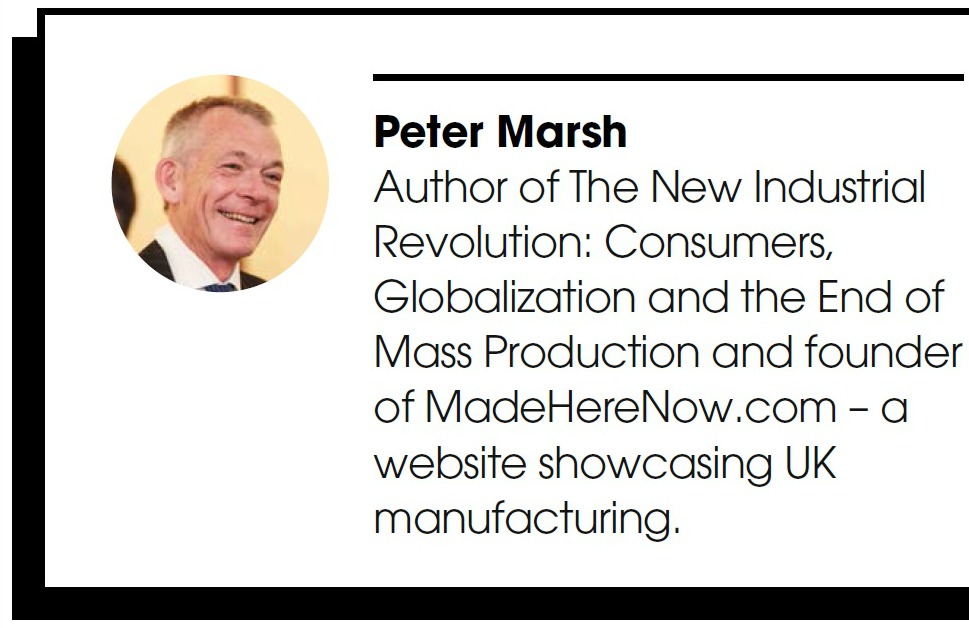 Look, for instance, at the website of Blaze, a 10-person company based in London that has had a big hit with a novel form of laser-based bicycle light.

Sold worldwide, the device is said to have had a huge impact on reducing accidents at night by projecting an impossible-to-miss image of the bike in front of it to warn motorists of the bike’s presence.

Blaze – which makes its products in Shenzhen, China, and Salisbury, Wiltshire – is run by a team led by young designer Emily Brooke. The company’s website is a model of verve, clarity and simplicity. It should act as a wake-up call to the many UK manufacturers who are stuck in the past.