Women engineers: females to the fore

Women engineers dominated the Semta Skills Awards, which EAL managing director Julia Chippendale says shows there is female talent in the UK, but more needs to be done to nurture it.

There is nothing like hearing inspirational stories of achievement to warm the heart and fire up passions for industry.

The Semta Skills Awards was one such occasion which honoured the very best in British Engineering, showcasing talent that is helping ensure this country remains world class in advanced manufacturing.

What was particularly striking was the number of female engineers who were nominated and then went on to win.

Emma England a Loads and Aeroelastics engineer at aerospace and defence giants Airbus Operations Ltd, Filton, Bristol was named Graduate of the Year and overall Best in British Engineering.

England’s love of planes was sparked by a visit to the cockpit and a chat to the captain on a flight to Australia.

It ignited her interest and she took that early passion through university and into her career, gaining a degree in Aeronautical Engineering MEng and completing the Airbus graduate scheme.

She has undertaken a number of projects, including delivery of the A350 Wingbox Air Pressure verification, which was used for certification of the aircraft.

She organised the Airbus contribution of a Girls Into Engineering Residential Course, which was very well received by all involved, developing a new workshop that allowed the students to understand the multidisciplinary nature of aircraft design.

Joanne Sharples achieved her EAL Level 4 Diploma in Project Management, completed the year with a distinction in her foundation degree and is the Semta’s Higher Apprentice of the Year.

Sharples works in a project management role for BAE’s Military Air and Information business in Warton and is in the fourth year of her apprenticeship working towards a Bachelor’s Degree.

After Sharples proposed to invite schoolgirls on site to inspire and inform them about engineering, she was asked to project manage the event.

More female apprentices started work in the business this year, 18% compared to the national average of 5%, and was a direct result of Joanne’s actions during the past 18 months.

Dawn Bonfield, chief executive of the Women’s Engineering Society (WES) based in Stevenage ran a project on National Women in Engineering day, where everyone could celebrate what women do in engineering.

It is a very positive day with a focus on careers for girls. The success of the campaign led to another idea which Bonfield has developed and championed – Sparxx – a programme supporting girls in the long term towards a career in STEM.

The UK has the lowest percentage of female engineering professionals in Europe, at less than 10%, while Latvia, Bulgaria and Cyprus lead with nearly 30%; so events organised by England, Sharples and Bonfield are hugely important in trying to improve the situation.

In 2013/14, women accounted for only 3.8% of engineering apprenticeship starts and 1.7% of Construction Skills starts.

This is woeful and while many of industry’s big players are doing incredible work in this area, alongside government and organisations such as ours, there is still much to do to win hearts and minds.

All of us in industry, whatever our gender, have a duty to persuade young women that engineering is a fulfilling career; and while we need the support of parents and educators nothing sells it better than inspirational stories such as those unearthed at the Semta Skills Awards. 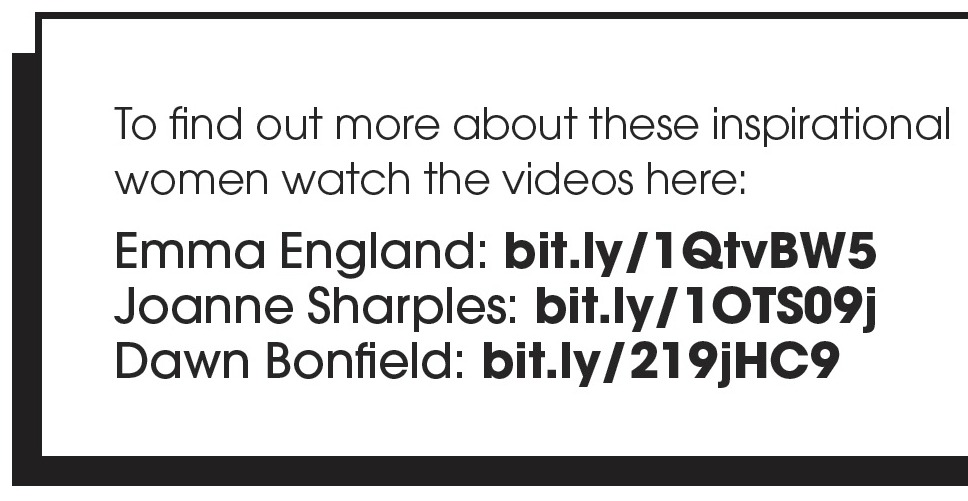