The boss of a major Yorkshire-based window and door fabricator has hit out at new Government legislation due to come into play in June that will see trickle vents become mandatory on all refurbishment/replacement projects.

Conservatory Outlet’s Greg Kane believes the ‘ADF1’ regulation contravenes the demand for houses to be more energy efficient and could instead lead to homeowners facing up to a £500 increase in energy costs.

The experienced CEO, who has been in the sector for more than 20 years, is now calling for ministers to rethink and make the introduction advisory rather than mandatory.

This proposed solution would mean that a double glazed, double sealed PVC-U window is replaced with the same type of window that carries product test certificates showing that the airtightness has not been made worse. The decision is then down to the homeowner if they want to introduce trickle vents or not.

“ADF1 makes no sense whatsoever, it is just going to cause more financial pressures for the end consumer at a time when fuel bills are already set to go through the roof,” explained Greg Kane, CEO of Conservatory Outlet.

“It goes against other legislation that is coming in to improve energy efficiency and we’ve yet to see any concrete evidence for punching holes into what will be hundreds and thousands of doors and windows every year. To make matters worse, the Glass and Glazing Federation (GGF) predict that 94% of homeowners don’t want trickle vents.”

He continued: “There are also significant concerns around an increase in noise and possible pollution from car emissions finding their way into buildings.

“We have to give people the choice and this is what we will be joining with the GGF to lobby Government and opposition MPs to consider.”

Conservatory Outlet employs over 150 people at its manufacturing facility in Wakefield, where it fabricates more than 10,000 windows and doors every year.

The ADF1 legislation, which will go live on June 15th, comes at a hugely pressurised time for the fenestration sector with unprecedented demand being delivered against the backdrop of supply chain disruption and rising material prices.

This latest potential change could exacerbate production difficulties, with new tooling required for the volume of products that will require trickle vents as standard.

Greg went on to add: “As an industry, we have worked tirelessly to raise standards over the last twenty years, yet the Government seem hellbent on putting in regulation that will cause an unregulated grey economy develop.

“There are so many unanswered questions. For example, thousands of installations are being sold every day for completion after June 15th so what does that mean for them or how will non-compliance be rectified or managed by the Local Authority Building Control.”

He concluded: “We’re hoping most of the glazing industry will put pressure on the Government to rethink before this comes into play. It’s not a case of being against trickle vents, it’s just a case of giving homeowners the choice of doing what is best for their homes and their own personal situations.” 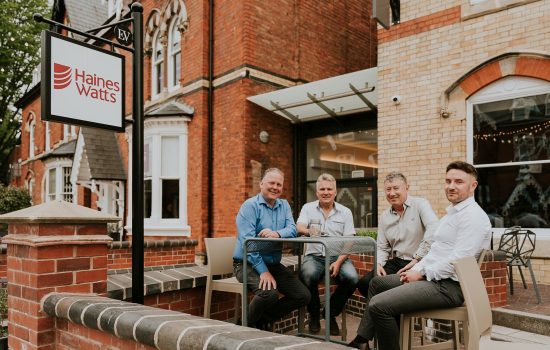 Birmingham entrepreneurs emerge from the den with £500,000 sales target for sustainable sauce product