The Institution of Engineering and Technology (IET) has announced its finalists for the prestigious Young Woman Engineer (YWE) of the Year Awards, which will celebrate its 40th anniversary this year.

The Young Woman Engineer of the Year awards aim to identify and celebrate the best female engineering talent and demonstrate to young women and girls across the UK that engineering is an aspirational and creative career.

The programme showcases a new group of five of the UK’s best engineers in each episode.

The team is tasked with escaping from harsh terrain at a simulated vehicle crash site, by engineering their way to survival through building a vehicle from the wreckage.

Statistics from the most recent IET Skills and Demand in Industry survey show that women represent only 9% of the engineering workforce in the UK.

Jo Foster, Diversity and Inclusion Manager at the IET, said: “There is a serious shortage of engineers in the UK which is posing a threat to the economy.

“One of the biggest challenges is encouraging women into engineering roles – currently the percentage of female engineers in the UK is the lowest in Europe.

“Women are still significantly underrepresented in the engineering industry, and this is one way to showcase young female talent and inspire girls to consider engineering as a valuable and exciting career prospect.”

Ranging from ages 20 to 32, this year’s finalists for the YWE Awards include:

Engineering contributed £486bn to the UK GDP in 2015 and engineering jobs account for 19% of the total UK employment. Despite this, EngineeringUK predicts 186,000 people with engineering skills will be needed annually through to 2024 to meet demand.

The winner of the IET Young Women Engineer of the Year Awards will be announced on 7 December at Savoy Place in London. 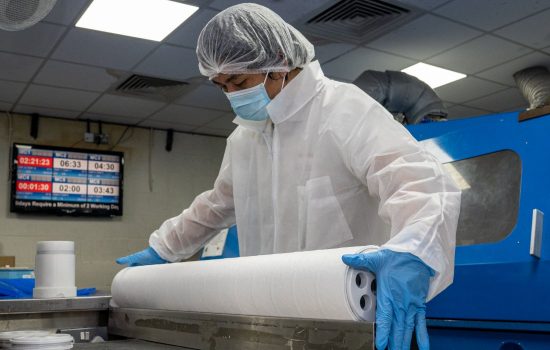