In this episode of The Manufacturer Podcast, Tom St John caught up with Ashley Brogan-Ellis who works as an automation engineer for Nestle, Halifax. He spoke about his journey through the company, which started when he left school and joined an apprenticeship programme at Nestle.

He then progressed through the company spending around four and a half years on the shop floor, before moving into an automation engineering role. Having studied the core elements of electrical engineering during his apprenticeship, he was also given the chance to combine theory and on site learning, which gave him an excellent grounding to be a success in his current role.

Having seen and been very much part of his company’s transformation in to digital and automated systems, Ashley discussed some of the key skills that he believes to be essential in this. Having benefited so directly as the result of an apprenticeship programme, he also gave advice to those considering an apprenticeship.

Below you can read highlights from the interview.

Why did you decide to become an apprentice at Nestle?

If I think about my high school years, I wasn’t really aware of apprenticeships at all, to be honest. The progression plan always seemed to be college then university. It wasn’t until I was 16/17 years old in college that I spoke to a careers advisor and I mentioned that I wanted to have a career in engineering. They said, “Well, why do you look at apprenticeships?” I hadn’t really considered them before. So, I went onto the gov.uk website and I came across the advertisement for the Nestle apprenticeship scheme. When I read it, it just had everything that I wanted to offer! It allowed me to carry on with the education, which I think was really important – I wanted to do that. It also said that I would actually get to work on site, most of the time. So that’s pretty much how I got into the apprenticeship – and the rest is history!

What skills did you learn from your apprenticeship?

Because I studied electrical engineering, I had an understanding of the core elements of electrical, and I think you need that before anything else. The theory at college, along with actually working on site as well just gave me a vital foundation and really well-rounded knowledge for going forwards. I also believe that the apprenticeship greatly improved my communication skills and confidence because I don’t feel like you again much of that in school with just being just in one class, most of the time with people that you just know well. So, with this I had to go to different departments and ask for help or see if I could get any jobs on – I had to introduce myself to new people all the time, which in the working world you have to do all the time.

What skills do you think are most important in automation?

I do believe that, not just in automation but in anything, communication and a good rapport with colleagues and teammates is just absolutely key. An example of that for me is I might assist at the last step of a breakdown. In that situation having a good rapport with the technicians is vital because I don’t want to go down there and spend two hours of my time completing the same process that they’ve already been through. When you go down there you have to ask them, “What have you done so far? Have you found anything? Do you have any pointers?.” I think communication is just absolutely key in, in all aspects.

Where do you see your path in automation taking you now?

There are a variety of areas in automation that I’ve not even touched upon yet. At the moment, I’m working on stuff like data capture, which is automatic stoppage collection. I am also looking at trending data and creating things such as scatter screens which display all the important information. I do believe that the knowledge and experience that I have gained so far could turn into a managerial role within the factory.  That is where I would like to be within the company in the future.

What would you say to anyone considering an apprenticeship – what would be your advice to them?

I have nothing bad to say about an apprenticeship. My advice would just be to do one! For me, the apprenticeship just allowed me to continue my education like I wanted to, but it also gave me the valuable experience of actually being on site in a working environment – which is completely different to an education environment, but bringing the two together it was it was just absolutely perfect. I don’t believe that another path would have given me the same experience that this has. I would highly recommend an apprenticeship.

Do you have a great story to tell? Then contact our team at [email protected] for an initial conversation and you could feature in a future episode of The Manufacturer podcast.

Want to listen to more Podcasts from The Manufacturer? Click here. 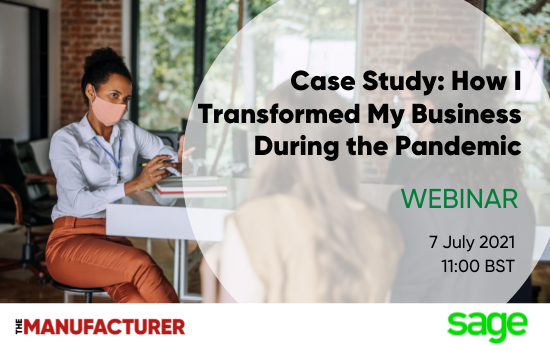