Assembly line technology could be on its way into consumer hands

WITH each new year comes another Consumer Electronics Show.

The annual event takes place in Las Vegas, as it has been since the 1980s. Over the last few decades, it has seen revolutionary inventions revealed there, including the CD Player, the Commodore 64, the Nintendo Entertainment System, the Xbox, Blu-ray, and OLED televisions.

Often, the tech on display is a proof of concept rather than something that makes its way into the homes of consumers, but plenty still does go on sale.

Of the last decade, one of the most revolutionary technologies at CES in recent years has been the smartphone. These pocket computers have changed the way we work, communicate and entertain ourselves. It’s now possible to video chat with people on the other side of the world, order Chinese food to your door, and keep abreast with the latest developments on the stock market all from one small screen.

They’ve also revolutionised the gaming industry, becoming the most popular device to play on in 2013, beating computers and consoles. They allow us to play everything from traditional casino games like roulette and blackjack to creative building games like Minecraft.

And although this year’s CES saw some intriguing smartphone innovations, such as handsets that can be folded and rolled, something altogether very different has been grabbing headlines…robots.

The Robots are Coming

For those that work in the manufacturing sector, robots are nothing new. We’ve been using them to speed up assembly lines for decades and they’ve only got smarter and better over time.

Autonomous vehicles are also something that has been talked about a lot in recent years, with companies like Google, Uber, and Tesla all working on the technology. Here in the UK, they were even trialled at the Wales Open to ferry golfers around the venue.

But at CES, companies have been showcasing domestic robots that look like shrunk-down versions of assembly-line tech.

Handy is a domestic robot with an arm (and a hand), that kind of looks like a cross between the robot Wallace and Gromit found on the moon and Wall-E. While it may seem a little concerning at first, Samsung says it will be able to work as “your trusted partner” to get household chores done effortlessly.

The robot is supposedly dexterous enough to tidy up clutter, do the washing up (or at least load a dishwasher), and take care of the laundry for you.

It uses AI to recognise different objects and even understand the different materials they are made from. This will help it to use the right amount of grip strength and force, so as not to trash your home.

In a demo at CES, Handy helped its owner by setting the dinner table, poured a glass of wine, and picked up dishes from the sink and placed them into a dishwasher. It also picked up a T-shirt that had been left on a chair and put it into a washing basket.

Care is another robot in development by Samsung. Although it doesn’t have a robotic arm, it does have plenty of brains to help you be more productive with your day. The company has described it as “your robotic assistant and companion”.

Using its AI, it will learn about your habits, routines, and schedule. Once it’s got this information, it will provide you with reminders about important events and even give you gentle nudges to take a break if you’ve been sitting at your desk for too long.

You’ll be able to talk to Care, giving it voice commands similar to how you would talk to digital assistants like Alexa and Google Home.

It also has a tablet-like screen in the top that Samsung’s demo shows can be used for video conferencing. So if Care ever makes it to market, you’ll be able to have your robot butler come to you whenever you have a video call incoming.

Both these robots are still in development, and Samsung has not said if or when they’ll be making it to market. But they look very polished, which is leading some to suggest that we may finally get to see these types of robots in our homes soon. 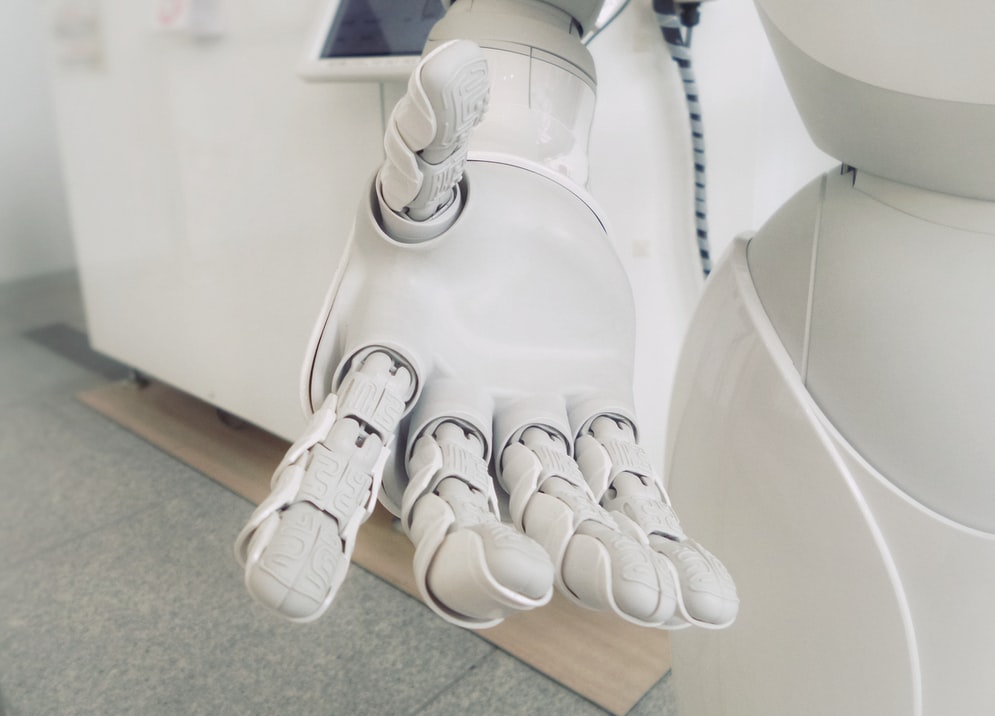