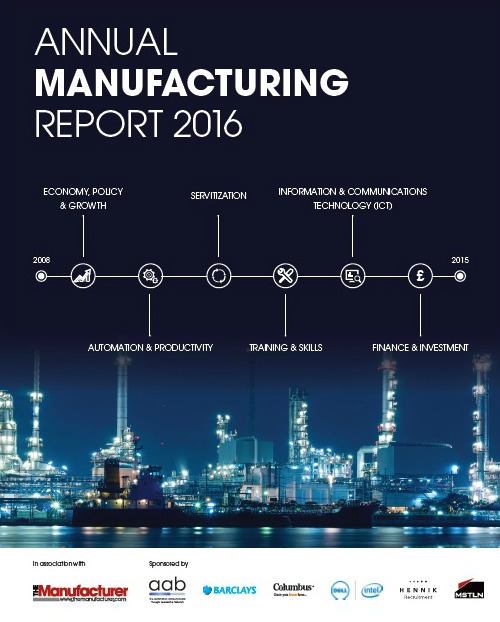 The 2016 Annual Manufacturing Report, published by Hennik Research, demonstrates once again the resilience of British manufacturing. The steel industry has shrunk by around 9% this year and closures have hit the headlines, but manufacturers are, broadly, confident about the future. The survey this year found the second-highest positive outlook since the Report began, in 2008.

For the first time this year, the Annual Manufacturing report asked about the Internet of Things. The response indicates that manufacturers are yet to be convinced and are adopting a ‘wait and see’ attitude.