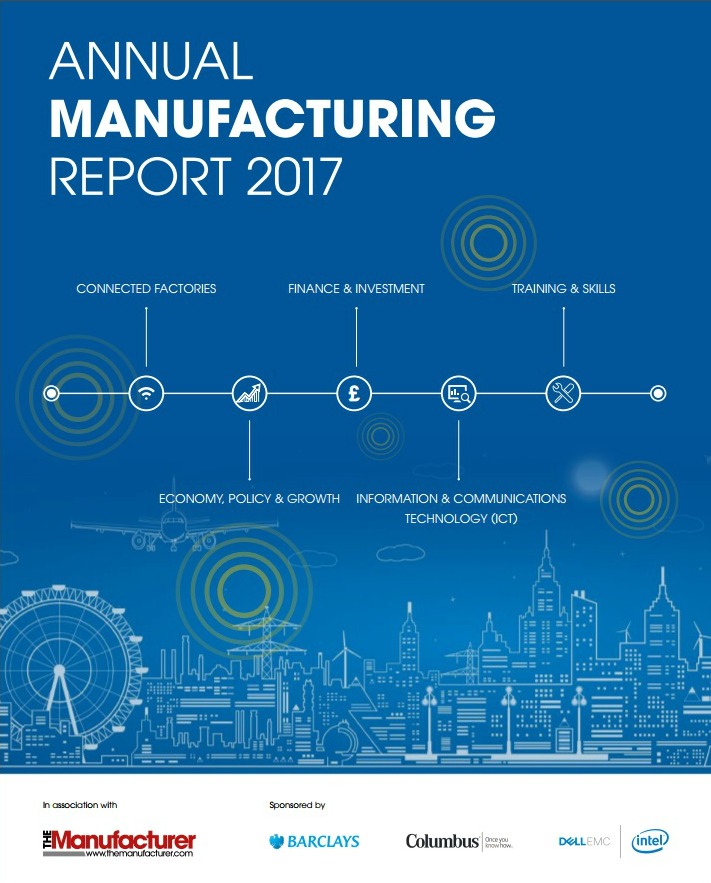 You can order a print copy of the report for £195 here.

The Annual Manufacturing Report 2017 (AMR), published by Hennik Research, reflects a surprisingly resilient mood among UK manufacturers; surprising that is to those who haven’t been paying attention. While many observers have predicted post-referendum disaster, manufacturers have been quick to capitalise on the benefits accruing from a pound that was revalued downwards sharply after the vote. Exports are up, order books are booming and jobs are plentiful.

Manufacturers are in the middle of one of the most exciting technological upheavals of recent years, what has become known as the fourth industrial revolution, or Industry 4.0. The capabilities – and challenges – represented by robotics; automation; additive printing, and the Industrial Internet of Things (IIoT) offer manufacturers the opportunity to do more, better, faster, developing new ways of doing business, such as servitization, and taking customer care and service to a whole new level.

So far, so good. But the AMR is much more than a simple snapshot. It delves deep into manufacturers’ thinking and analyses their motivations, and it’s fair to say that the bigger picture is not universally rosy. There is continuing deep concern over the lack of skilled young people available to recruiters, and for that much blame is ascribed to the government, which also gets significant criticism for its, to date, lacklustre support for manufacturing. As we write, we await news of what a ‘proper industrial strategy’, to quote PM Theresa May, looks like. Manufacturers are keen to find out, but the level of scepticism they display in the AMR demonstrates they will take a lot of convincing.

Then there is the financing of investment. The traditional providers of finance, the banks, are way down the league of sources used to fund new investment. Businesses are, in the main, doing it themselves from cash reserves held on their balance sheets. If banks were fit enough to start performing their traditional role of funder-of-first-resort, then the outlook would be considerably brighter.

As it is, confidence in the sector is high, but the uncertainty that is washing around the national and world economies in a time of dramatic political change will inevitably take its toll.