In this episode of The Manufacturer Podcast, the editorial team, Tom, Joe and Lanna, invite our Conference Production Manager, Ashley Oulton, in to the studio to discuss the many ways that manufacturers are becoming more sustainable.

It’s another dose of your weekly manufacturing musings as the editorial team at The Manufacturer brings you episode 3 in this sustainability series.
The team question Ashley on the many views, challenges and success stories from UK manufacturers that he’s been privy to, during his time engaging individuals and companies right across the industry.

We hope you enjoy this one, listener!

They’ve finished their new factory – It’s based in Rotterdam and it’s nicknamed ‘The Blender. It’s totally carbon neutral – a super sustainable factory. They use sustainable and locally sourced materials, they use solar panels and wind turbines for energy and electric, and they have zero emission trucks to deliver their drinks.
They’re in the Port of Rotterdam, so everything can be shipped off to the UK and elsewhere. But anything being sent to Europe is put on the electric trucks. They have a snazzy cleaning system, which mostly uses air instead of water. And they have an onsite water treatment plant, which is obviously very important for their for their drinks, and they use rain water to flush the toilets. So obviously, that’s a greenfield site.

Based down in Bristol, they’ve recently been rebranded as The Park. They’ve started off at a brownfield site, which they’re turning into a super sustainable factory, which is fantastic to see. They built their own wind turbine, which they’ve added to the site. They’ve done a lot of work in relating to the bottles; these are lighter weight bottles which are easier to recycle. The labelling for the bottles as well as the packaging, particularly the packaging for the box wines, are all recyclable.
Their main brands are Hardys, Mud House, Banrock and Kumala which you’ll see in all the main supermarkets and they’re all imported from Australia and huge vats and then bottled in Bristol. In Australia, they’ve introduced solar panels in all their vineyards.

As the name suggests, they make glass doors. They’re a much smaller company than the two previously mentioned, but their Managing Director, Richard Hagan, is very committed. He had a quite incredible influence when I first spoke to him, because he was the first manufacturer I remember talking to me for years about not wanting to fly anymore – he bought himself an electric car, he changed his whole life. Crystal Doors also have a brownfield site, they’ve invested 1.5 million into becoming carbon neutral this year, and they will achieve this.
They have three areas, they call it scopes. Scope one, which is reducing their direct emissions from factory treating and vehicles. Then scope two, indirectly through electricity consumption. And then scope three pertains to wider indirect emissions – which are goods that they purchase, but also what their employees produce, from their own personal travel as well as travelling to and from work.
In case you missed it, here’s last weeks episode of The Manufacturer Podcast 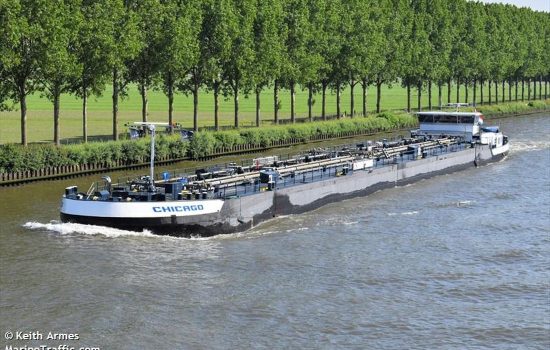