Despite the decline since the 1970s, when manufacturing contributed 25% of UK GDP, the UK is currently the ninth largest manufacturing nation in the world.

Overall, the UK’s industrial sector has increased by 1.4% a year since 1948, according to a recent report from the Office for National Statistics (ONS).

The ONS attributes the sustained growth to a better quality; more skilled workforce; a shift in production from low to high productivity goods; improvements in automation and technology; increased investment in R&D, and a more integrated global economy.

Upcoming events from The Manufacturer:

Our series of uniquely interactive one-day conferences allow you to choose which conversations to join and which speakers to sit alongside, ensuring you get the answers to the questions you and your business are asking.

Although the contribution of manufacturing to GDP has declined on paper, many of the services provided to manufacturers which would have once been considered part of manufacturing – such as catering; cleaning; building services; security; logistics and so on – are now allocated into different areas of the economy.

However, those contributions are directly reliant on manufacturing for continued business and could actually be considered as a part of manufacturing’s GDP input. As such, many are calling for the true value of manufacturing to be recognised, a move which would see the widely cited figure of 10% of GVA more than doubling to 23%. 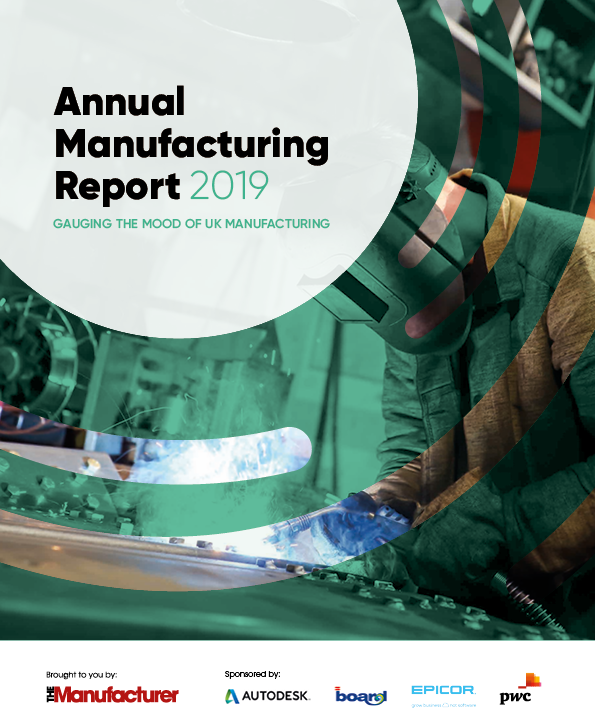 Every year Hennik Research publishes the Annual Manufacturing Report. Below are the key findings from the 2019 report (released in February 2019).

The Annual Manufacturing Report 2019 reflects a surprisingly resilient mood among UK manufacturers; surprising that is to those who haven’t been paying attention.

The sponsor of the Smart Factory section of the report, which measured attitudes to the potential of digital technologies, is PwC. Their Industrial Manufacturing & Automotive Leader Cara Haffey says it is not just Brexit uncertainty that is causing many manufacturers to hesitate over investing in technologies that could transform their businesses.

“Aside from the obvious issue of investment, what’s holding companies back from digital investment?” she says. “The main blockers appear to be a lack of coherent digital strategies and the inability for organisations to understand what practical applications some of these technologies offer within their organisation. Indeed, the Made Smarter Review, 2017, cites an inability to understand what ‘good’ looks like as one reason for low adoption rates among UK businesses.”

A heavy majority of manufacturers say their strategic planning is being put at risk, and many believe manufacturing will be plunged into chaos by Brexit. Of course, we cannot know what will happen post-March 29, which is precisely the problem: no-one knows.

The Manufacturer’s Nick Peters says, “Perhaps the statistic we should take most comfort from is the overwhelming belief among manufacturers – 77% of them – that we have the drive to succeed as a nation. That self-belief should serve us well – it must serve us well – in the year ahead.”

The sector faces a further crisis in the form of a looming skills gap, with older members of the workforce retiring and an insufficient number of properly trained young people emerging from the education system.

The situation is so bad that companies are now establishing their own training schemes and academies.

The sponsor of the Skills & Training section is Autodesk. Asif Moghal, Senior Industry Manager, Manufacturing Business Strategy & Marketing at Autodesk says, “How much more evidence must there be before it is accepted the current approach to our national skills issue is not working? The fact that industry is developing its own home-grown solutions is saddening but simultaneously motivating, because it could be the basis of a bold new way forward.”

When it comes to business growth, particularly through exports, manufacturers still believe there is potential for growth overseas and a strong majority, 77%, say UK manufacturing has the drive to make a success of it.

The sponsor of the Growth & Exports section is digital solutions provider Epicor Software whose regional vice president, UK and Ireland, Mark Hughes says the future of manufacturing lies in the right people working with the right systems. He also believes Brexit offers an opportunity long term.

“The performance of the British manufacturing sector is on an upward trend. The ongoing digitisation of the sector has a key role to play in this growth as manufacturers are realising the potential of Industry 4.0. Brexit actually has the potential to bring significant opportunities to British manufacturing. It used to be more cost-effective to outsource various elements of the manufacturing process off-shore. Current and future technological advances mean that now more than ever before, on-shore is a truly viable option and “Made in Britain” will be key to helping Britain stay on top.”

The Annual Manufacturing Report makes it clear there is still a hangover from the crash of 2008, with manufacturers reluctant to seek bank funding for investment. A majority, 64%, say they prefer to finance investment from their own resources rather than borrowing.

The section on Financing Investment is sponsored by the business intelligence solutions company Board International. Their Manufacturing Lead Alan Bagnall says, “As always, the Manufacturer’s Annual Report provides valuable insights for the manufacturing sector. With uncertainty being the only certainty right now, it is clear that innovation and technology that enables timely strategic decision-making is vital.”

Dive deeper into each section’s findings and our analysis of them by downloading the full report. 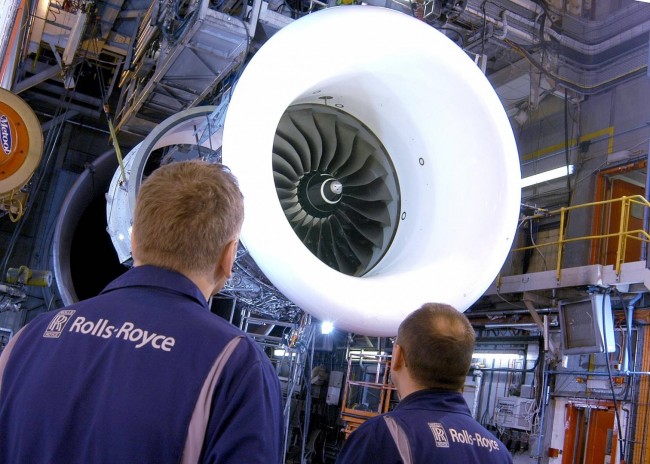 British Aerospace at a glance 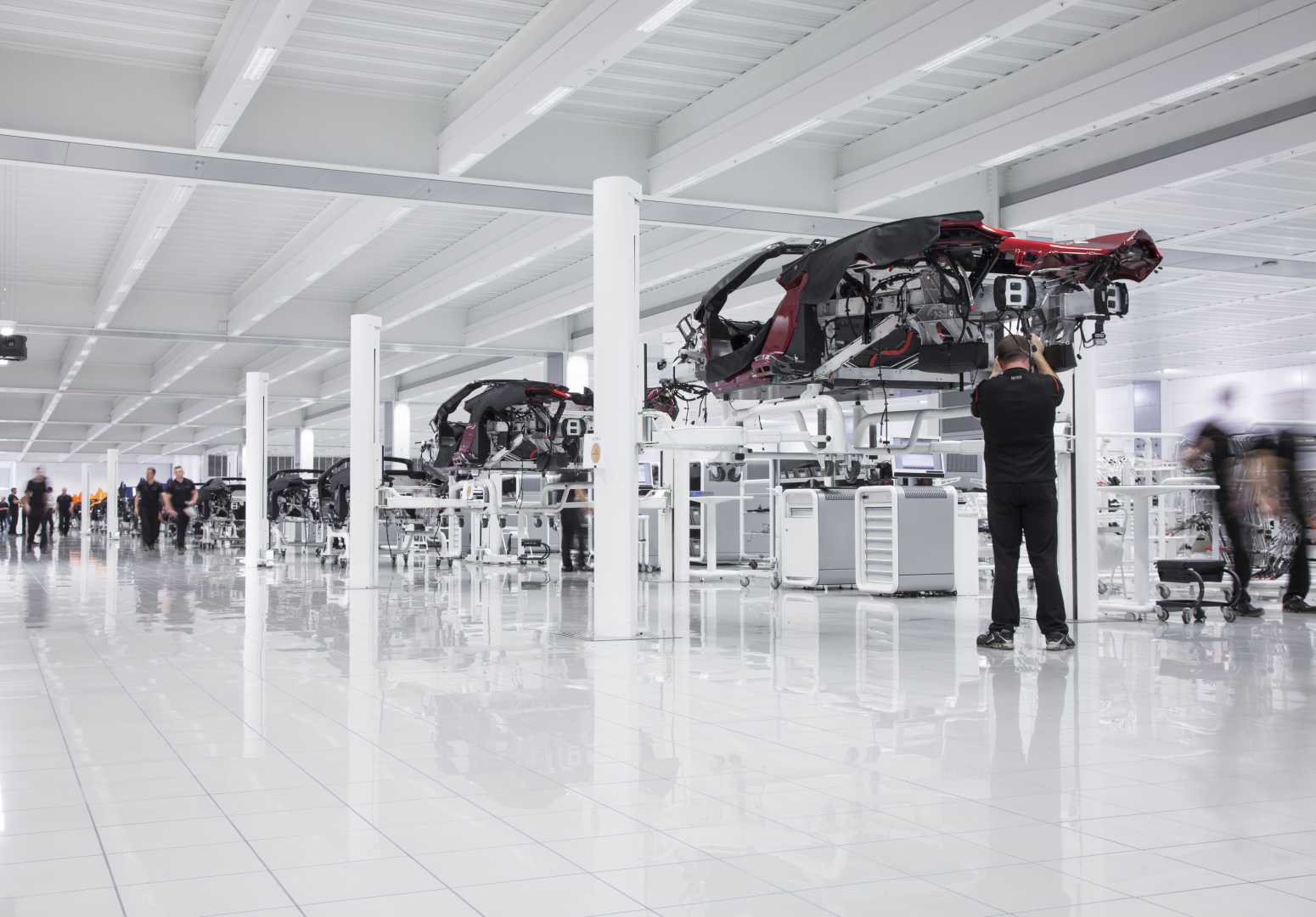 British Automotive at a glance 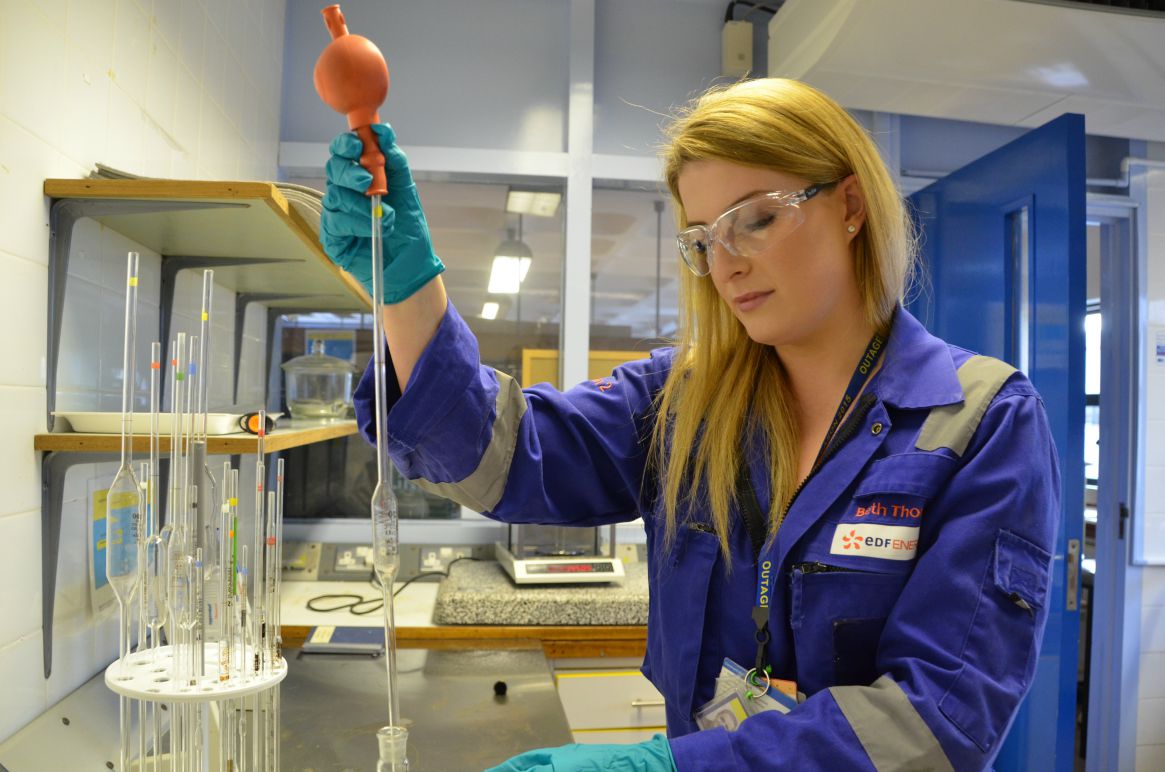 British Chemical & Pharmaceutical at a glance 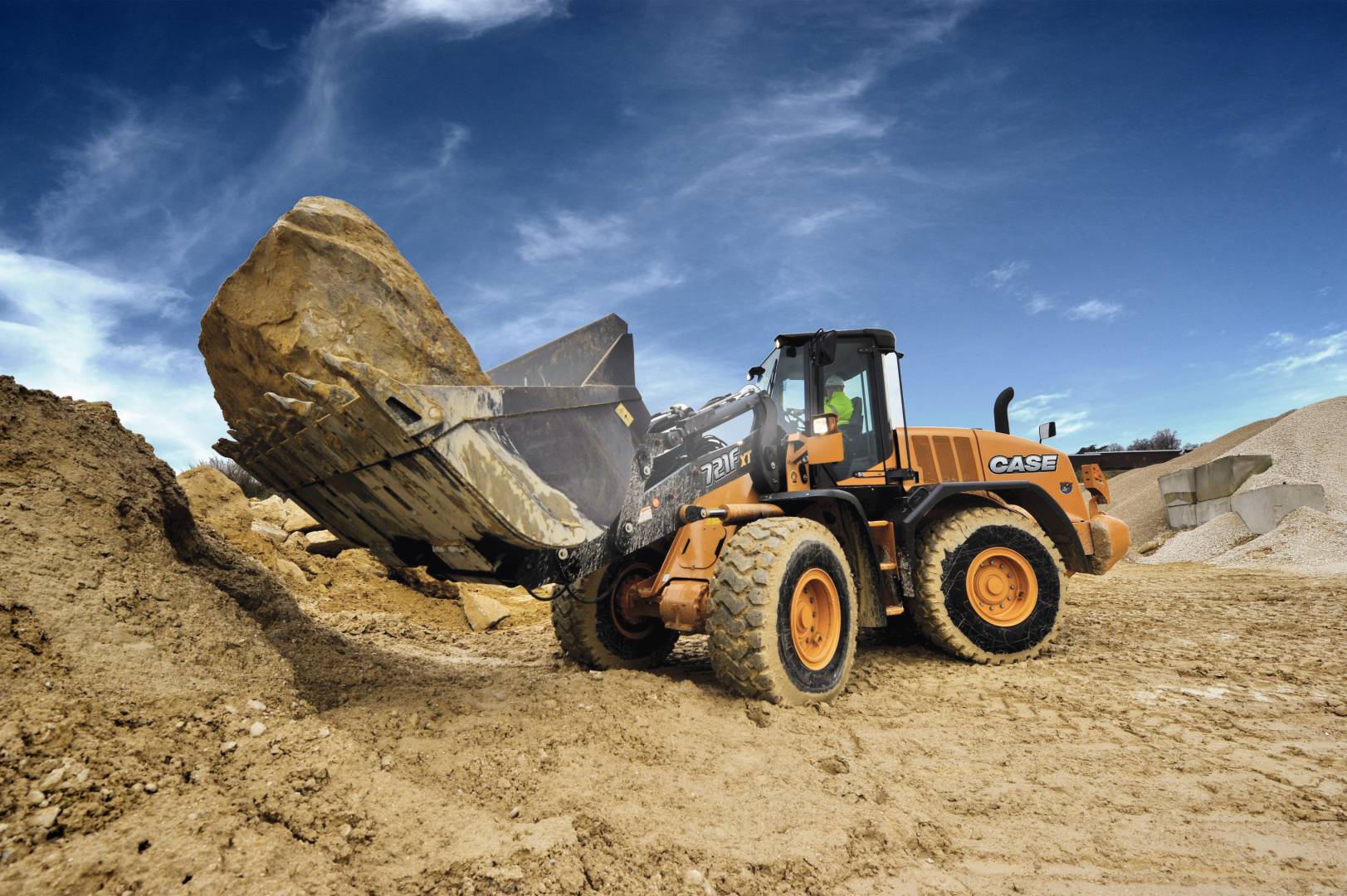 British Construction at a glance 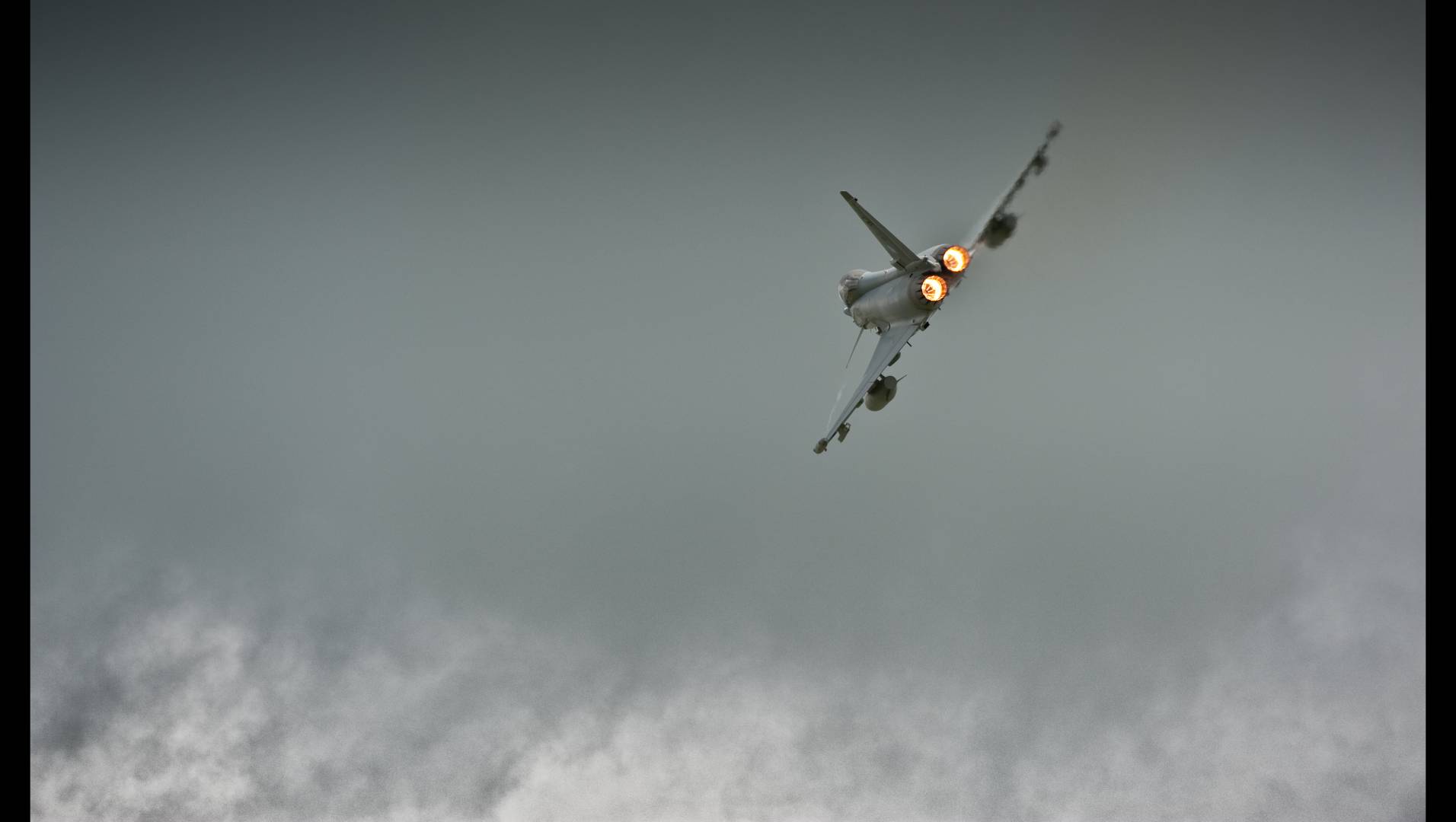 British Defence at a glance 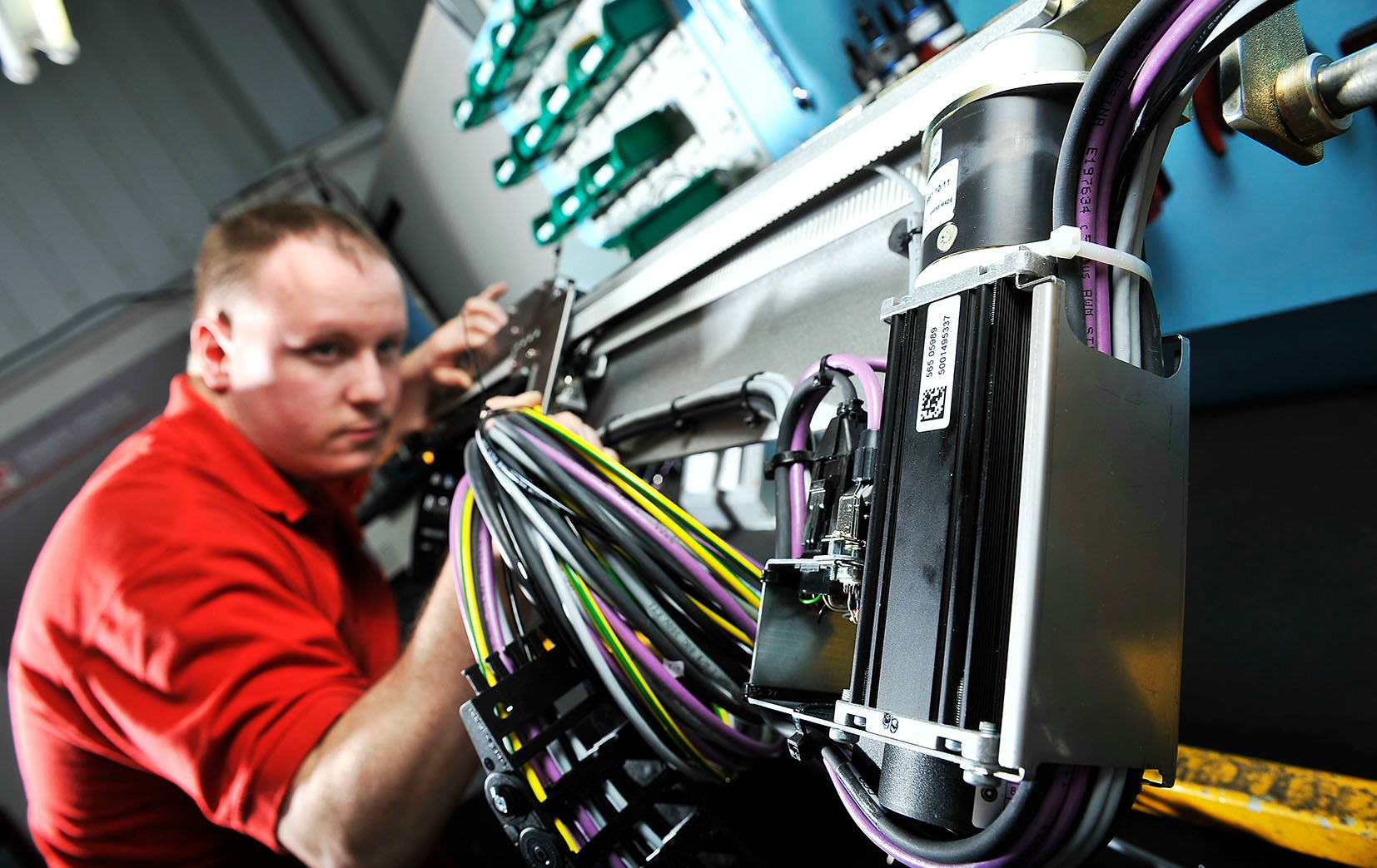 British Electronics at a glance

British Energy at a glance 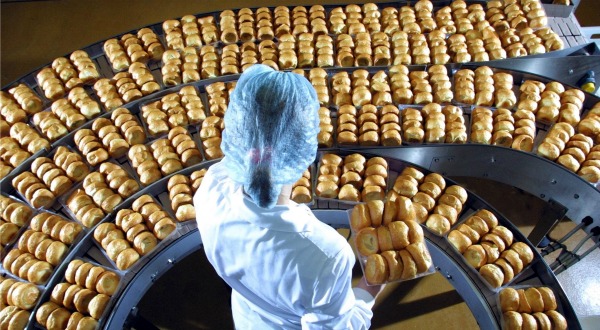 British Food & Drink at a glance 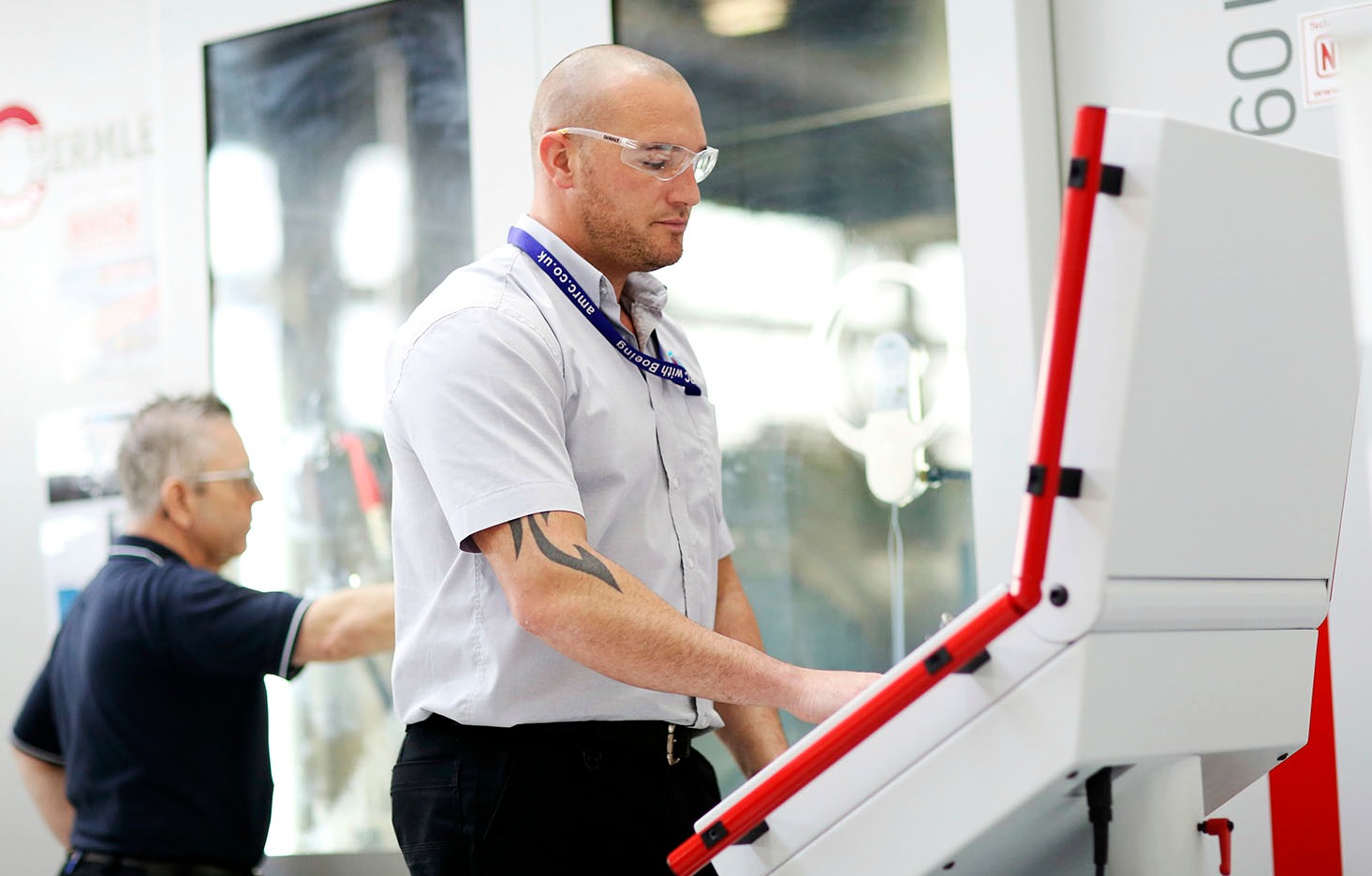 British Nuclear at a glance 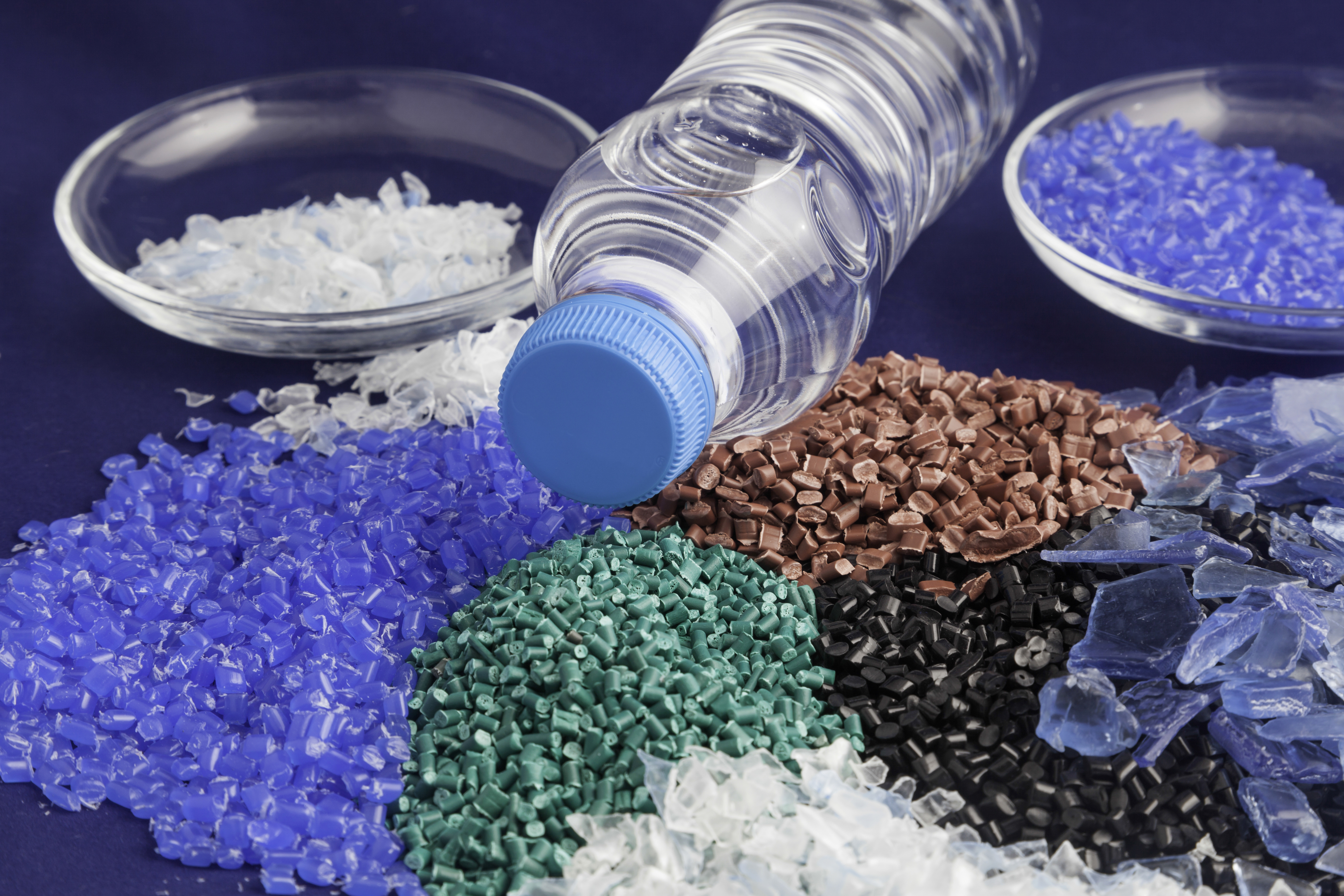 British Plastics at a glance

British Security at a glance 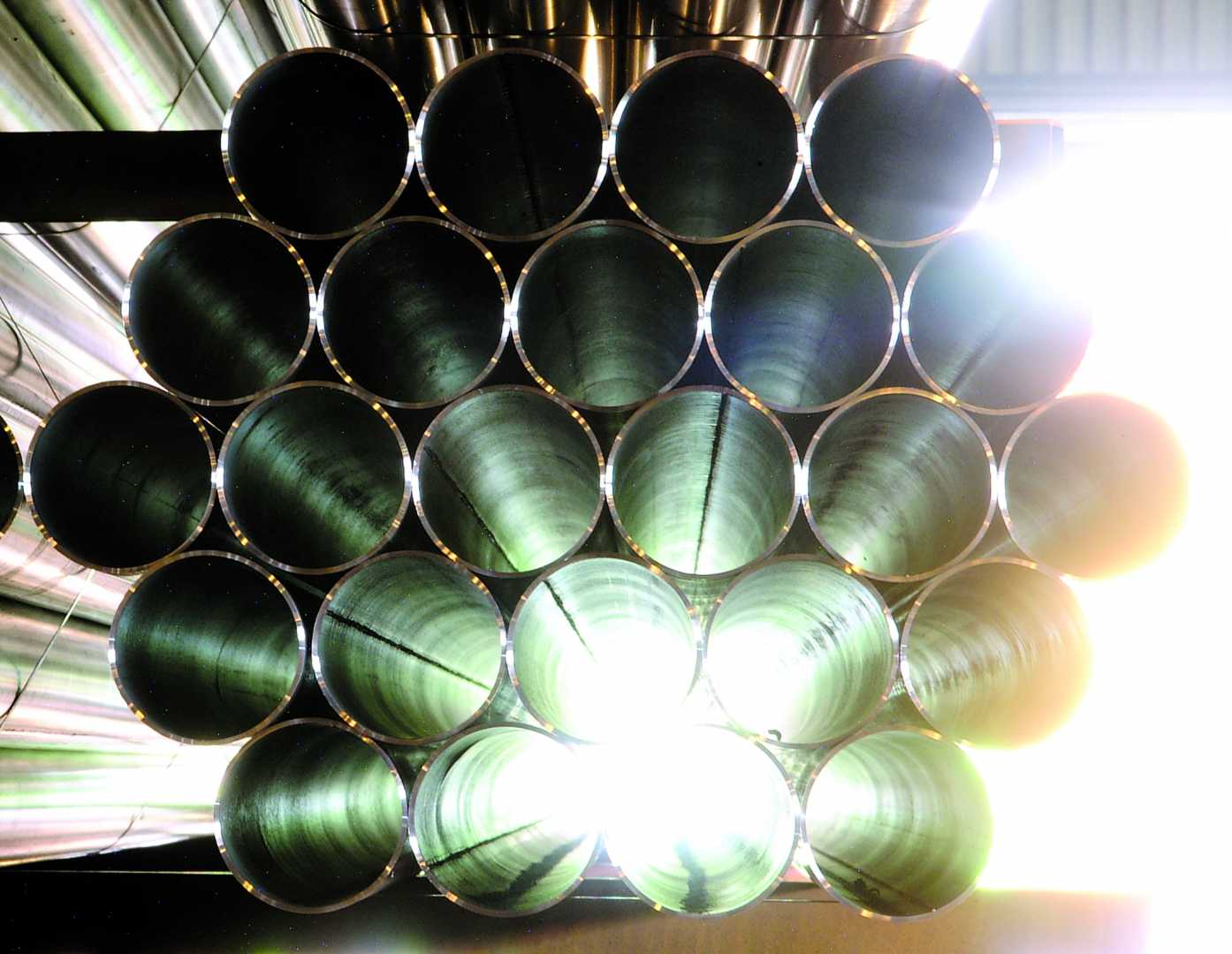 British Steel at a glance 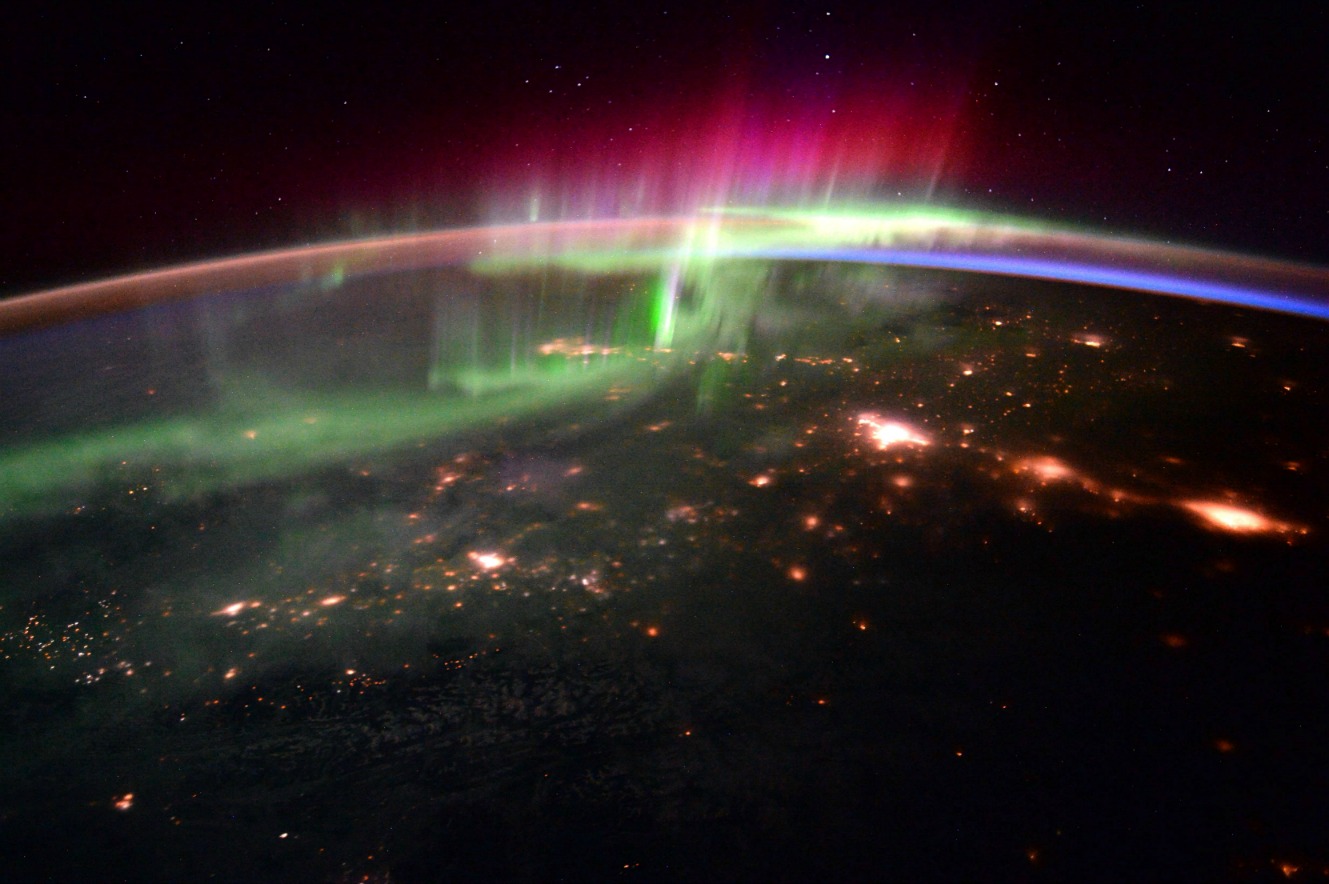 British Space at a glance

British Textile at a glance