HORSE owners are some of the most demanding customers that a manufacturer could ever have, always wanting the best for their precious steeds no matter the effort or expense required to get it.

In this article we look at exactly how manufacturers are keeping pace with the demand for better horse-riding accessories and general horse care products. So, saddle up and get ready for a ride through the world of equine manufacturing.

These days there is so much more than meets the eye when it comes to horse welfare and training, with manufacturers doing everything possible to keep pace

One of the major innovations in the manufacturing of equine accessories, whether they are for racehorses or horses kept as pets, has been that many have been adapted so as to integrate technology that can track and monitor a horse’s wellbeing and performance.

This has led to new manufacturers springing up such as Nightwatch, who have developed the world’s very first smart-halter. This halter, while being incredibly comfortable for a racehorse or standard horse to wear, beams data back to its owner via a mobile or desktop app so that one minute they can be placing bets for the weekend’s upcoming races and the next be monitoring their horse’s physical state.

Another tech manufacturer that is doing similar work in the field (no pun intended) is Trackener. This is a company who have developed skin-tight wearable devices which can even be worn when a horse is racing, allowing trainers, owners, and jockeys to monitor every aspect of their horse’s progress. Such data is also taken into account by sportsbooks, whose online racing tipsters are always on the lookout for that extra tidbit of info that can give their tips an edge over those of their rivals. Expect plenty more wearable tech devices such as these to appear on the market in the coming months.

Saddles and other riding paraphernalia have gone particularly high tech in recent years, with wearables becoming all the rage

While horse owners with money to burn are out there frantically buying up as many tech infused accessories as they can, mere mortals are just trying scrape together a few pennies so they can do a better job of caring for their animal.

For these people there are teams of app manufacturers who are constantly beavering away to give their customers almost as much data to work with as those who have the expensive gadgets.

Among the best of these is Equilab, which despite being free is viewed by many as being the market leader when it comes to horse care and monitoring. The only tracker you or your horse need to wear is an Android of Apple mobile device.

Hardware Gets an Upgrade Too

Apps, wearables, and computer chips are all well and good, but none of them will actually physically enable you to ride a horse.

For that things like the traditional saddle and stirrups are still required. While you still can’t go too far wrong with many of the old designs of these, there have been major alterations over time, as materials and manufacturing techniques become more advanced.

When it comes to saddles no one manufacturer is yet to create the perfect design, with some still using wood to create what is known at the “tree” – the main skeleton around which the rest of the saddle is built. However, there are others who have begun experimenting with alternative materials such as plastic and fibreglass.

Then there is also the trend towards not using animal products such as leather, with synthetic saddle coverings fitting the bill as well as being less susceptible to rain and humidity. Albion Saddles making some of the very best saddle covers out there that do just this. 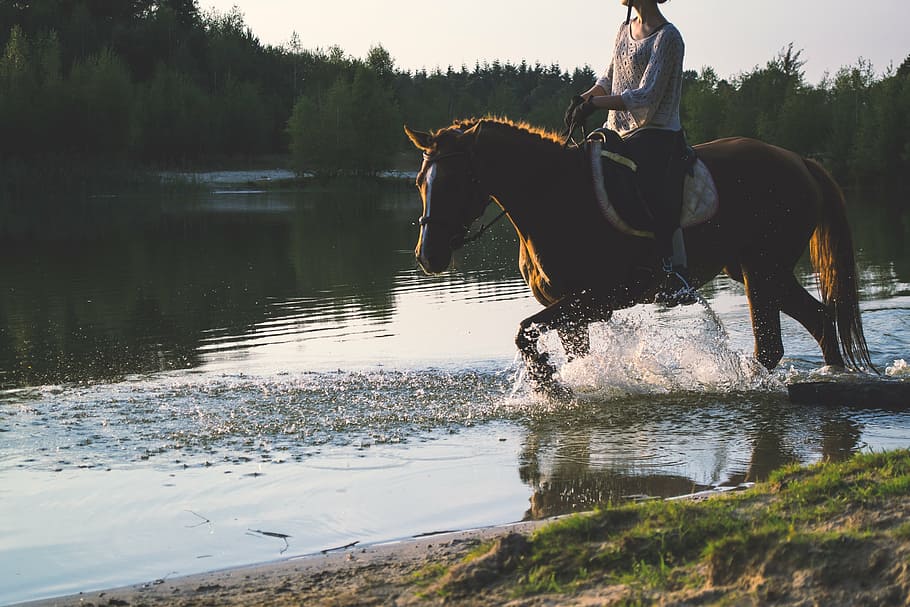